The Constitution pub to open again but punters urge: Don’t make it posh 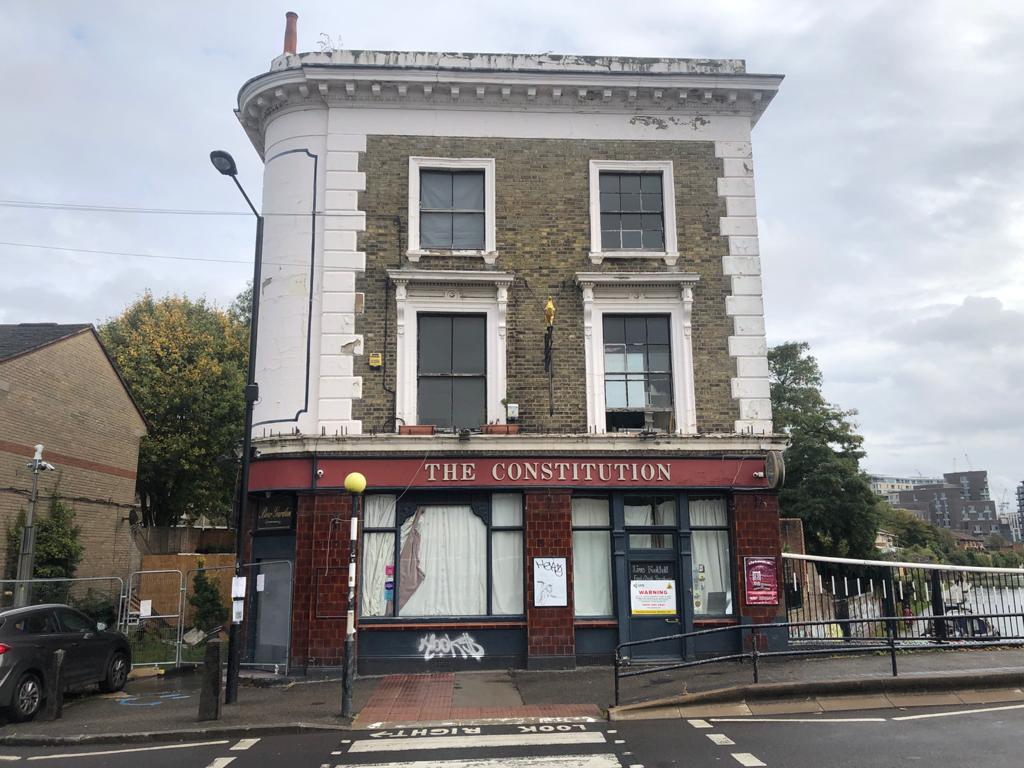 REGULARS of a much-loved Camden Town watering hole have urged a brewery not to lose its traditional pub feel in a makeover.

The news that The Constitution is due to reopen in 2022 after standing “rotting” for two years has been met with a cautious welcome.

But the appeal to Young’s, the company now in charge of the canalside favourite in St Pancras Way, has been to keep it as much like it was.

Neighbour Peter Wooding, who was a regular, said: “I walk past it each day, and each day it is looking worse. It is rotting away.

We heard of the new plans this week and the feeling is it isn’t too bad – and it could be very good. But we worry it may be like a corporate pub. Will it be welcoming to everyone, like The Con was?”

He also said former staff and customers would keep a watch on how the plans for the pub’s Cellar Bar unfolded.

“Nobody was making lots of money in there – they put things on for the love of it,” said Mr Wooding. “It could be viable for an audience of 20, and a lovely atmosphere. Will Young’s do things like this? We want to make sure the Cellar Bar announcement isn’t sugar coating something that would otherwise get objections.”

The pub closed suddenly two years ago with staff and customers protesting outside.

It is seen as a welcome contrast to the more hedonistic bars closer around Camden High Street.

Young’s now owns the freehold and has said it will keep the downstairs stage, which has also been used for comedy gigs. Its refurbishment plans are set to be filed with the council.

Legendary Camden Town folk musician and mandolin player Whiskey Mick said: “It was a lovely thing. They had folk on Thursdays, and blues and jazz other nights. I met some fantastic musicians there. It has longevity.”

He added: “It has been much missed during the time it has been shut, from a musical point of view – nothing can replace it.” 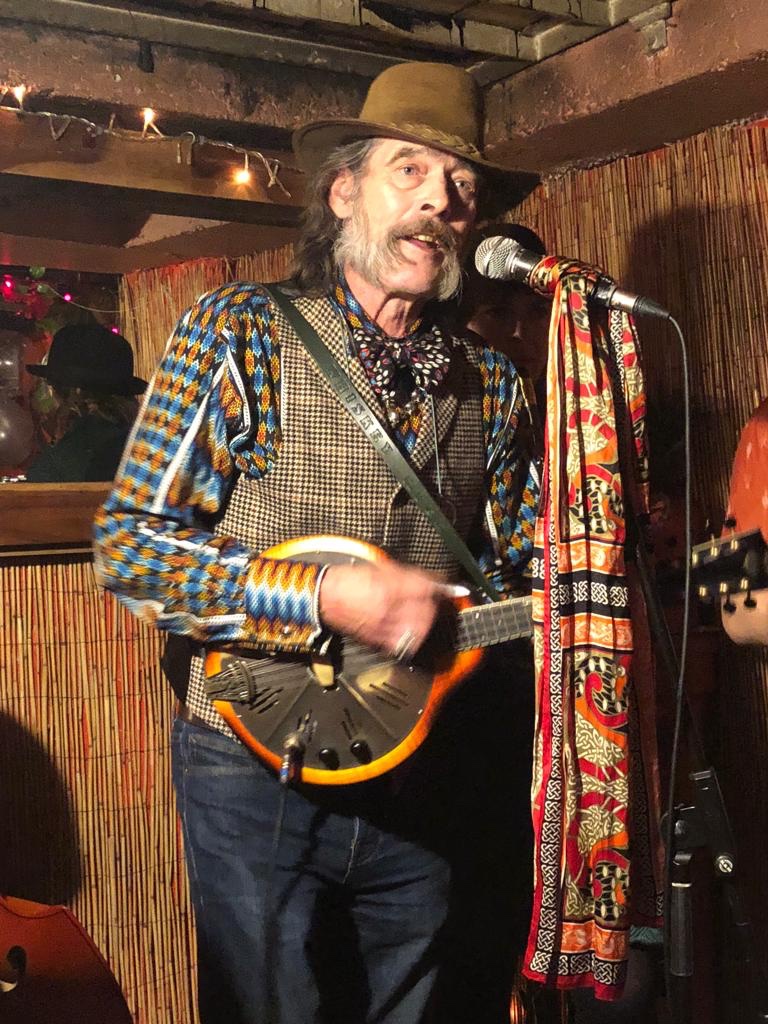 Whisky Mick on stage at The Constitution before it closed

Singer song writer Paul Ven Gelder, who has appeared at The Constitution for many years, said Young’s appears to have listened to what regulars wanted.

“It may be small in size, but the Cellar Bar is really important in London’s music scene, culture and history,” he said. “We were all so sad to see it closed – and it is fantastic news the Cellar Bar will be coming back too.”

Young’s plans to build an extension for new toilets in what was a storage area, and create a terrace with a retractable roof in one part of the garden for diners. The beer garden will otherwise remain the same.

The company, which own 12 other pubs in Camden, says that after it got the keys in January it was clear work was needed.

Planning agent Sean Groves, representing Young’s, said in a letter to neighbours: “It was evident that the existing format of the pub did not meet current health and safety standards, which meant that it was not possible to safely trade from the premises.
“However, we believed that by investing in the pub, its future could be secured.”

Refurbishment plans were then delayed by the pandemic.

Mr Groves added: “Before the pub can re-open its doors, we need to undertake extensive refurbishment works.

“The stage at basement level will remain, ready to host new events once the pub is re-opened.”