Your bike has been stolen… but is it worth calling police? 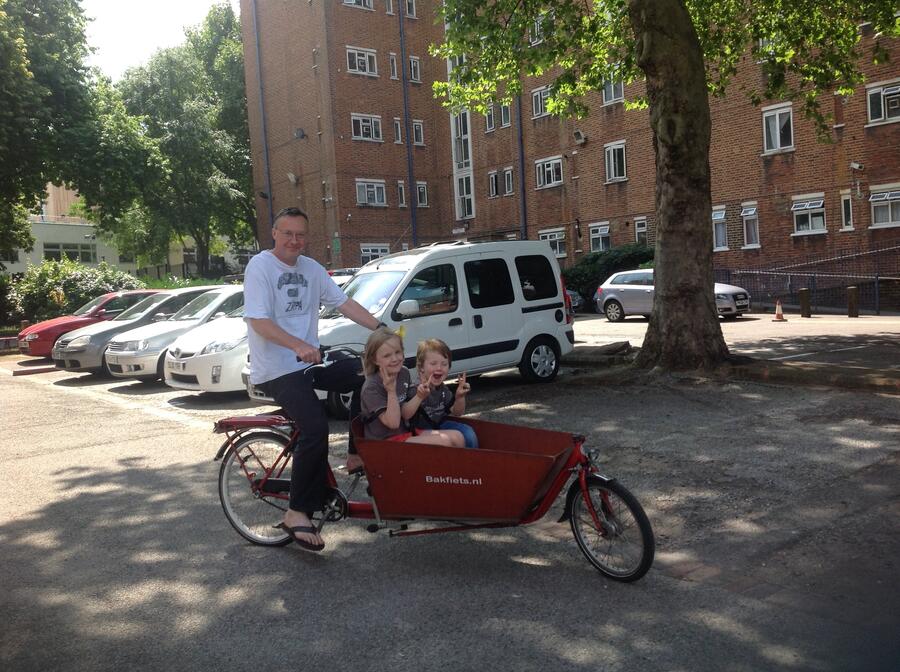 Ben Watson on his Dutch bike which was stolen

POLICE “do nothing” with reports of bicycle theft, cyclists claim, despite five bikes a day being stolen in Camden.

A New Journal investigation in July tracked down one of our own reporters’ bikes that had been stolen from Camden Town and almost instantly put up for sale on Facebook.

Police had shown little interest in following our leads. Since then, other victims have come forward and questioned the response to the wave of thefts.

Elizabeth Johnston said she had a £550 bike she bought at the start of lockdown taken from outside her home in Primrose Hill – and believed she had found it being offered for sale on the Gumtree website.

“The police had no interest,” she said.

“I sent them a link to the page of the seller, but they said ‘unless you know it’s the exact bike we can’t go’.”

There is no way to prove that the bike for sale is Ms Johnston’s bike without seeing it in person, which Ms Johnston was afraid to do alone.

She said: “I considered meeting the seller, but it just takes one second for a knife to be pulled out.

“I find it very frustrating, I do start to wonder what it is the police are actually doing. They’re solving murders okay, but they should be keeping a general sense of law-abidingness. They don’t do anything about shoplifting, bike thefts, or road harassment. It just feels like an atmosphere of lawlessness.

“It’s thousands and thousands of pounds cumulatively. For me, it’s a gateway crime, with that money you can go on and become a drug dealer.”

How we exposed racket

WHEN a New Journal bike was stolen from a stand in Royal College Street one night in July –the lock had been sliced open with diamond cutters – we got little response from the police.

There was a lack of enthusiasm too when the missing Triban cycle was traced to a seller brazenly trying to make a quick sale on Facebook.

This left us with few options, so we agreed to meet the seller at Victoria Station. We confronted the man who was in possession of our bike – the frame number proved ownership – but he said he had been given it. On patrol British Transport Police officers helped us retrieve the bike.

James Brown, the managing director of BikeRegister, the largest cycling database in the UK said: “It’s often not just theft of a pedal cycle, there are organised crime gangs that are in the business of stealing a lot of bikes and making money from it. What do they use that money for? Drugs, exploitation and county lines. Stealing a bike and selling it online is an easy way to make money.”

A map created by the BikeRegister shows that a bike has been stolen from nearly every street in Camden.

Thieves travel around looking for bikes and then cut through locks with bolt cutters or angle grinders. Then, they sell the bikes to “fences”, middle-men who buy the bikes cheap and sell them online to the public.

According to the Met, 112 bikes were reported stolen in Camden in September alone.

Ben Watson said his Bakfiets, a Dutch bike with a cart on the front, was stolen. He used it to get his children to school, and then his band’s instruments to gigs.

He said: “Cargo bikes are more difficult to sell so I got cocky, and I left it unlocked when it was taken.”

He went to Kentish Town police station to report the theft but he said they weren’t interested: “They only care if your bike is registered, which mine wasn’t.”

Mr Watson said: “I’m a militant cyclist, I think cars are wrong and causing wars, but all us cyclists are getting run down by traffic, getting killed and having our bikes stolen. We’re like the Christians being persecuted by the Roman Empire.”

Meanwhile, Layla Greening and her partner have been searching for their bike since it was stolen three months ago from outside a shop on Kentish Town High Street. It was taken in broad daylight despite being secured with a big D-lock.

“The police gave us a reference number but said there wasn’t much they could do,” she said.
“They said it doesn’t matter what sort of lock you have, they can cut through it.”

Ms Greening added: “They were nice but it was just left up to us. There needs to be a revamp of the way the police handle bike theft. At the minute I don’t know why anyone would bother reporting to them because it seems so hopeless.”

A spokesperson for the Met said: “The Metropolitan Police Service takes every incident of bicycle theft seriously and recognises the distress this crime causes its victims. We are also aware that for many, this can be a main form of transport and can therefore greatly disrupt their everyday lives.

“When a report is received officers will carry out every reasonable line of enquiry to recover the property and bring any suspect to justice.

“Anyone who owns a bicycle is urged to get it security marked and registered at BikeRegister – this helps officers return stolen property to its rightful owner, and it also helps to bring prosecutions.”

The Met has more information on prevention on its website.