To coincide with the 20th anniversary of Exiled Writers Ink a new anthology, Resistance, has caught the eye (and ear) of Lucy Popescu 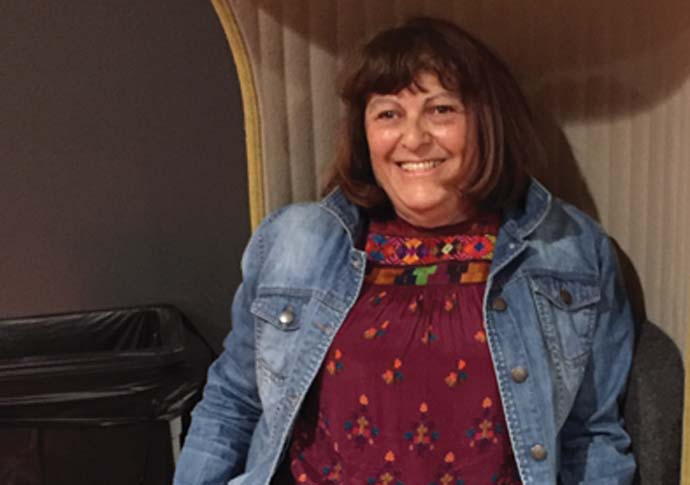 Dr Jennifer Langer, editor of Resistance, at an EWI symposium at SOAS

Dr Jennifer Langer founded the organisation in 2000 and claims it “was born out of resistance”.

“We wanted to promote the creative expression of refugees and migrants, to encourage cross-cultural dialogue and to challenge human rights’ abuses through literary activism.” she says.

Langer, herself the daughter of refugees, brought up in Camden and a former pupil at Camden School for Girls, continues to fight the corner of “established, emerging and aspiring writers from repressive regimes and war-torn situations”.

She has published four previous anthologies of exiled literature and offers an essential platform for marginalised voices.

I have often huddled into their tiny room in Betterton Street, Covent Garden, (the Exiled Lit café) to hear exiled writers recite poems, share stories or just talk about their experiences. The physical and intellectual space Langer provides is as invaluable as this gem of a collection.

Resistance comprises one chapter for each of the 20 years of EWI’s existence and members introduce each section. Langer sees the contributions, mainly poetry, as “the intersection of the personal and the political”.

Each chapter represents an aspect of their collective resistance against the abuse of human rights in countries such as Afghanistan, Iran, Syria and Zimbabwe, as well as focusing on specific themes such as violence against women, genocide, censorship and Black Lives Matter. 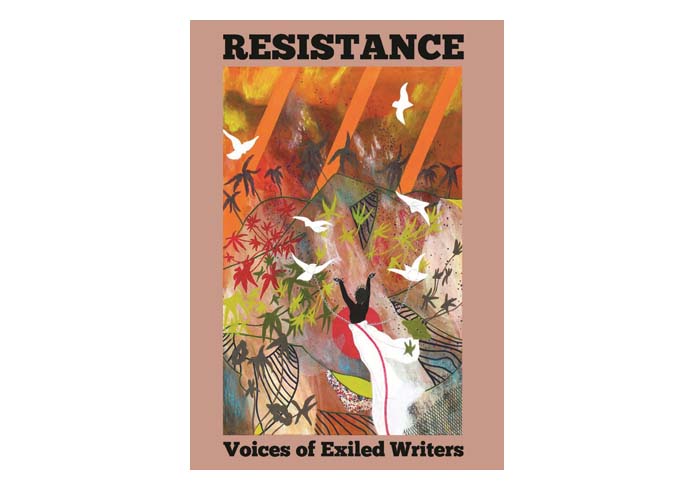 There is even a chapter dedicated to UK-based EU citizens’ response to the June 2016 Referendum.

Several of the writers in the collection are censored in their countries of origin. Yang Lian’s work was banned in China for drawing attention to the 1989 Tiananmen Square massacre. Comrade Fatso, a Zimbabwean poet and rapper, sums up the dangers of speaking out in his country: “That’s the joke in Zimbabwe – you’ve got freedom of expression but you don’t have freedom after expression.”

The streets are contaminated with chaos / And the black mamba has poisoned the water / Far beyond the reach of consumption / Shops daily yawn with empty spaces / Whilst senseless money is eroded / The land that yielded plenty is now barren / Hunger and thirst shorten lives of many / The end to this now demands the divine powers.

There is also a chapter on the UK’s Hostile Environment because, as committee member Danielle Maisano observes, “in the wake of Brexit… and the tides of xenophobia and nationalism sweeping the globe, it is now more important than ever… to share these stories… as a means of resistance to our increasingly divided times”.

As OT Mukozho (Otilla Tsvegie Slater) suggests in Defeated but not Broken, the hostile environment exacts a particular toll on those waiting to be granted refugee status:

They disperse you / in out-of-London locations / Into towns ripe with / racism and unwelcoming communities.

Resistance also highlights the work of those who are currently imprisoned abroad for attempting to speak the truth.
Ahmed Mansoor is an Emirati poet and blogger serving 10 years in prison, charged with posting “false” information “which insulted the status and prestige of the UAE and its symbols”.

We can hear his yearning for freedom in What Are All those Stars For? (translated by Tony Calderbank).

What are all those stars for? / And the night / And the clouds / And the sky erected like a tent in the desert / In a place this / Everything is / Luxury

Galal El-Behairy, an Egyptian poet and lyricist was sentenced to three years in prison for “spreading false news” after writing the lyrics to a rock song. In The Tartan Shirt El Behairy describes writing a letter in Tora Prison:

Your letter’s tucked away / in the sleeve of a tartan shirt: / it flies towards you / and greets you. / Yet I fear that if they searched that shirt / it, too, would become afraid / and forget how to speak.

The plight of those held indefinitely in refugee camps is beautifully encapsulated in Nada Menzalji’s poem I Came From Syria:

I once believed / I was a citizen of the world / my sense of belonging has been constrained / It closed down upon me.

She reminds us of our shared humanity – the aim of this anthology – and that we are all citizens of the world.
EWI continue to host regular meetings via Zoom.