Women queueing up to play in pool league 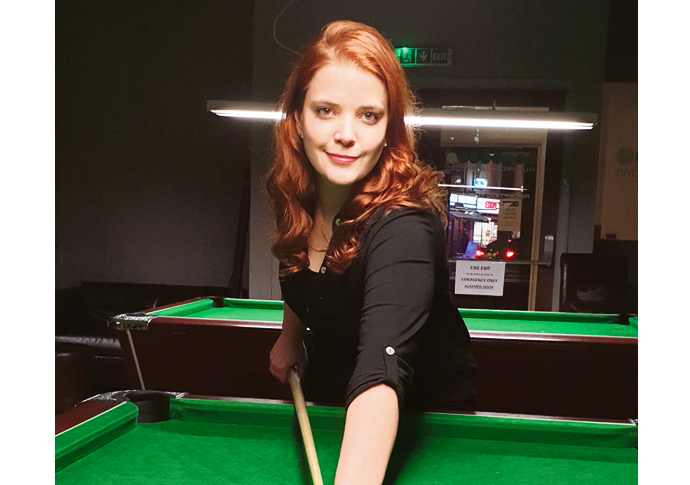 DEFENDING champion Ursula Ali has praised the growing number of women playing pool, adding that more competition will only make any future victories an even bigger achievement.

The King’s Cross Gunner, who lives in West Hampstead, moved to within one win of retaining the Ladies’ Singles Championship in the Chalk Farm Pool League on Monday night. But, far from being fazed by her new title rivals, Ursula is urging more women to take to the table.

“It’s great to see more and more ladies getting involved in the sport,” she said. “It makes the Singles Championship a lot more competitive and a lot harder to win.

“Hopefully we’ll continue to see the numbers increase and next season will yet again be even bigger and better.”

League chairman Shaun Pollard echoed those views, saying he was delighted with the popularity of pool among female players in Camden and Islington.

“Since we introduced our Ladies’ Singles competition three or four years ago we’ve seen the numbers jump from eight in the first year to 19 entries this time around,” he said.

“It might not sound like the biggest increase, but we’re slowly getting the message out there that we want more women to get involved in our league.”

Ursula was the pick of the potters at the Hurricane Room in King’s Cross on Monday night as she steered her way back into the final with a resounding victory over hotly-tipped Rachel Ostridge from Slattery’s Squatters. Rachel has also won the singles title, but in the battle of the past champions there was only ever going to be one winner as Ursula chalked up a 3-0 victory.

“It feels great to be back in the final,” added Ursula. “The most satisfying thing this year is that I haven’t dropped a single frame yet.”

Awaiting Ursula in the final will be either Peckwater Playboy Jane Havell, who lives in Kentish Town, or Islington’s Aisha Omar, who plays for her local team Green Man. So far in this year’s tournament the only thing that has beaten either player is time – with their scheduled semi-final that was also due to be played on Monday having to be postponed. The pair are expected to now play their final four showdown in March.