Weill parable for our times – The Silver Lake 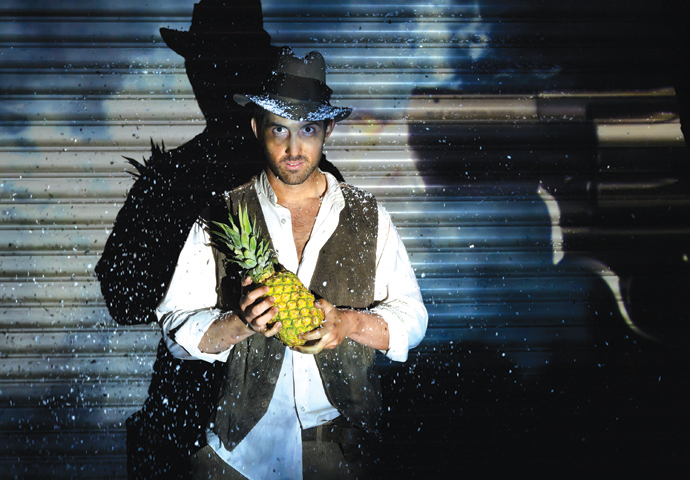 Expressionist opera isn’t everybody’s idea of a fun evening, and I have to say that when I first saw Kurt Weill’s The Silver Lake – A Winter’s Tale (Der Silbersee) – a 1930s German parable on greed, injustice and revenge – I thought it awkward, long and tedious.

But James Conway, who runs English Touring Opera, assures me it won’t be like that when his company bring the piece to the Hackney Empire this week, play­ing alongside Mozart’s old favourite The Seraglio (as ETO have it in English translation). And as ETO productions sometimes have transformative power, I’m prepared to believe him.

More a play with music than an opera proper, Silver Lake comes with screeds of spoken text that singers find difficult to enliven. And the Kurt Weill Foundation jealous­ly guard every word, refusing to allow cuts.

But Conway has persuaded them to sanction a narrated concert version (which he will nonetheless stage), ditching three-quarters of the text while leaving the music intact. And the music, he insists, “is Kurt Weill’s masterpiece. It moves me far more than any of his Broadway shows, and any of his German collaborations with Bertold Brecht”.

For those who don’t know the composer’s history, Weill rose to prominence with works like the Threepenny Opera in the Weimar Republic just as the Nazis were gathering power; and being Jewish, he had the sense to get out before it was too late – emigrating to America where he reinvented himself as an author of Broadway hits.

Silver Lake never had the chance to find much of an audience because the Nazis stamped on it; and subsequent perfor­mances were few and far between. But Conway thinks it has a lot to say to us in Britain now.

“Silver Lake was a response to a time when the far right had been able to grab power because no one had taken the threat seriously and the opposi­tion was splintered. Its message is that when people find it impossible to unite and address the problems of society with a single voice, it’s up to individuals to do what they can and step into the breach. Without labouring the point, these are circum­stances that may sound familiar today. And though the way the piece presents its argument may be unfamiliar, because we have no tradition of Expressionist theatre in this country, I think Silver Lake is fascinating.”

If a little worthy?

“Well”, says Conway, “I esteem worthiness myself. And one thing I can promise you: it won’t be boring.”