Walkers step up for dramatic comeback 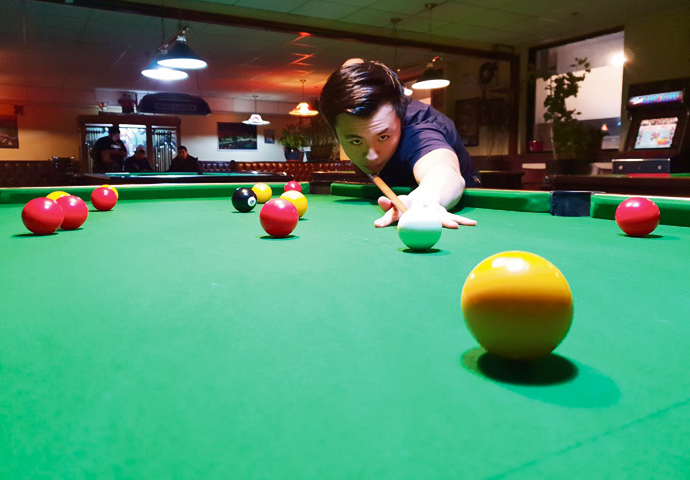 COUSINS Night Walkers awoke from their slumber just in time to revive their title hopes on Monday evening in Division Two of the Chalk Farm Pool League.

Richard Evans and Alex Stockl both won their singles races to pot the black to give visitors Golden Lion a 2-0 lead at Cousins Snooker and Pool Club in Holloway, Islington. But far from sleepwalking into defeat, the Night Walkers awoke their A-game to turn the tie around by winning the next four frames. Omar Diouri and Alister Sivills won their singles games to make it 2-2, before Oliver Davidson and Gary Stokes, and Bryan Tan and Charly Neville combined to win their doubles matches and leave the Night Walkers one frame away from making it six wins from six.

The winning run was assured when Tan, 21, who lives in Euston, completed a man-of-the-match showing by beating Graham Smith to pocket a hard-fought 5-4 victory.

The gloss, or in this case chalk, was taken off their battling win just a little, however, when the news came through that league leaders Green Man had recorded a resounding 9-0 victory in their match against Peel Pirates.