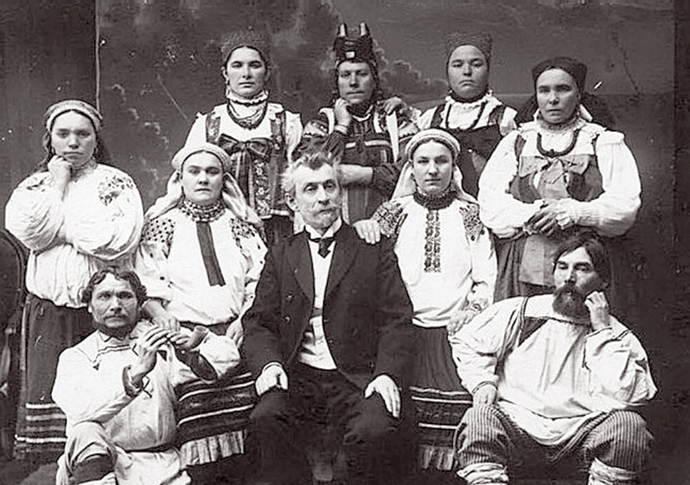 Russian pioneer folklorist Mitrofan Pyatnitsky and choir he founded in 1910

A CHARMING paradox of life in cool and edgy Camden Town is that a short walk from the tube station is somewhere people go to dance in clogs and sing time-honoured songs about green willows and a harvest rumble in the hayloft.

It’s the headquarters of the English Folk Dance and Song Society (EFDSS), otherwise called Cecil Sharp House after one of the most celebrated figures in the modern history of folk song collecting. And as such, Sharp plays a starring role among the curious, combative, often quaint and sometimes questionable characters who fill the pages of a new book by the Islington-based ethnomusicologist and critic Michael Church.

Entitled Musics Lost and Found: Song Collectors and the Life and Death of Folk Tradition, the book is a successor to his previous trawl through sound worlds that exist outside the standard Western canon: an impressive study called The Other Classical Musics that won him a Royal Philharmonic Society award. And the clue to what both books are ultimately about is their bold use of a disarming plural. Musics as opposed to music. 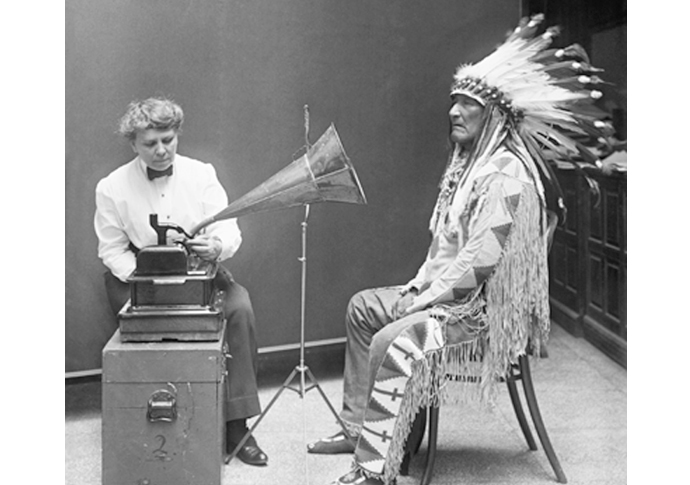 Piegan Indian, Mountain Chief, with ethnologist Frances Densmore, listening to a recording for the Bureau of American Ethnology in 1916. Photo: Library of Congress, LC-USZ62-107289

To live in Europe is to be steeped in a musical tradition so pervasive, so apparently complete and all-encompassing, that it can seem to be the only one there is. But there are others, maybe less “developed” but still long-lived. Some of them in fact originate on our own English doorstep, in the form of unnotated songs passed down the line of old, rural communities.

And they’re the musical equivalent of an endangered species – which is why people like Sharp have gone out with pen and paper, sometimes with cumbersome recording equipment, to “collect” and preserve them.

This collecting process actually started long before the early 20th century when Sharp was active. In the 1600s Samuel Pepys got interested in the oral history of ballads; and at much the same time, Jesuit missionaries in China tracked down ancient songs of long-lost provenance. But the seri­ous business of scholarly pursuit truly began with the 18th-century German philosopher Johann Gottfried Herder, who coined the term Volkslied (folk song) and attempted to define it as music that summed up the character of a nation or community. 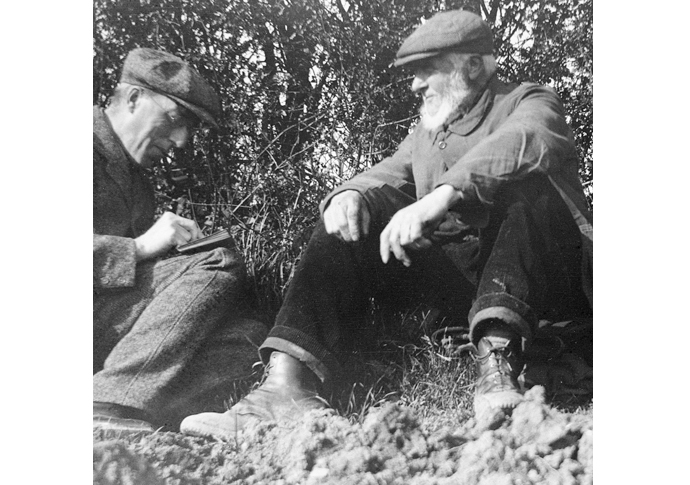 As definitions go, this wasn’t over-helpful; and the folk-song industry has struggled ever since to find a form of words that pin-point what it’s dealing with. Back in the 1950s the EFDSS in Camden Town settled on music “evolved through oral transmission” – which meant something could still be “folk” if there was an identifiable author, so long as it was then absorbed into an unwritten tradition and refashioned over time.

On that basis, quite a broad range of material gets admitted; and it allows Michael Church to include in his book some less obvious collectors who nonetheless come with strong stories – like Aleksander Kulisiewicz, a Polish survivor of Sachsenhausen concentration camp who preserved the vocal repertoire of a clandestine choir of inmates.

Better known are people like Kodály and Bartók who collected in Central Europe, or the novelist-cum-musicologist Paul Bowles who travel­led North Africa doing his best to counter what he called the “irrational longing” of educated people in alien cultures to “cease being themselves and become Westerners”.

In Java the Canadian Colin McPhee did sterling work to maintain the native gamelan tradition that, in the 1930s, looked in danger of dying out.

And critically, in the United States, were the Lomaxes: a father and son partnership who did more than anyone to preserve African-American songs through the early/mid-20th century – much of the repertoire collected from black prisoners in Southern States penitentiaries, and supplying material that then fuelled the commercial careers of singers like Lead Belly, Muddy Waters, Woody Guthrie and Pete Seeger. By the 1950s the two Lomaxes became so celebrated and ubiquitous a presence on the circuit that a Punch cartoon of the time featured a Southern farmer in his shack crooning the “I got those Alan Lomax ain’t been to record me blues”. 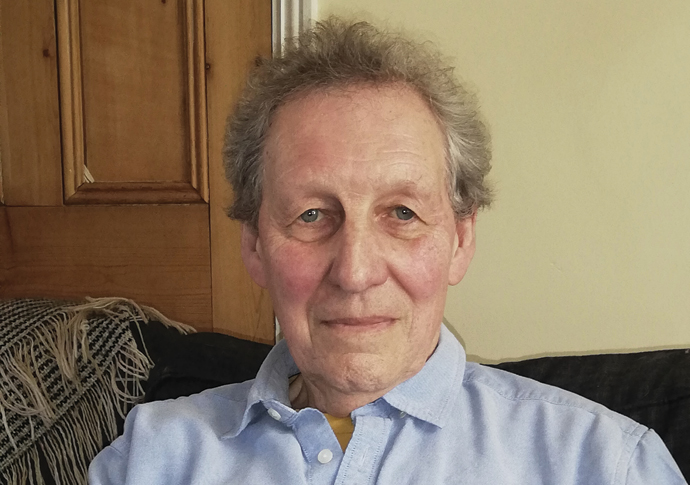 Here in Britain, the immediate precursors to Cecil Sharp’s initiatives were often clergymen who, as the literate elite in rural parishes, would collect songs from stone-breakers, glove-makers or agricultural labourers, noting down the melody, adding some kind of accompani­ment, and cleansing the occasion­ally ripe wo­rds of their sexual content.

Over time, of course, this kind of intervention generated controv­ersy – as did the whole enterprise of taking earthily unbridled grassroots singing, forcing it into the norms of classical notation and then reinventing it as concert music.

Marxist critics gleefully depicted song collecting as the middle-classes plundering the culture of the workers; and even in non-political contexts, scholars questioned the tendency to re-style found material “in evening dress” – which you could argue is what composers like Vaughan Williams and Benjamin Britten did with their respective adapta­tions of folk song into high art.

Michael Church gives almost no space to either of those two great figures – possibly because they weren’t so much collectors as inheritors of the material they used. But VW did trudge around the dirt tracks of a disappearing rural England, begging stone-masons to sing for him in much the way of Cecil Sharp or Percy Grainger. And the fact remains that if these people hadn’t done it, a whole repertoire of deathless tunes like Country Gardens, Brigg Fair, Scarborough Fair et al might not have proved so deathless after all.

• Musics Lost and Found: Song Collectors and the Life and Death of Folk Tradition. By Michael Church. Boydell Press £25.