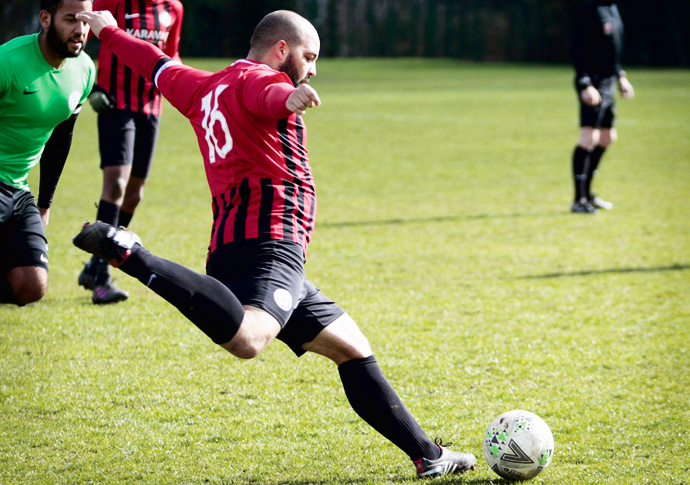 A GROUP of footballers are keeping their fingers crossed that they will still get the chance to secure some silverware this season.

Three sides representing Highgate Albion FC were in the hunt to win their respective titles in the Barnet Sunday League when the campaign was made null and void amid the coronavirus outbreak.

The coaches and players are in full agreement that there are more important things than football at such a time. But it was a disappointing blow, especially when they realised that two County Cup finals might also be cancelled. 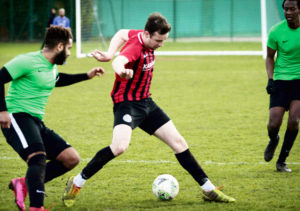 The Middlesex FA say they are reviewing the situation, and are expected to make a decision as to whether the finals will still go ahead “in the coming weeks”.

Until then, the boys from N6 face an anxious wait to see if “a season quite like no other” will end in double cup glory.

Reserves manager John Eager, who is “still hopeful” that he will be able to guide his team to back-to-back County titles having lifted the Middlesex Trophy last season, said: “We are all desperately hoping that the Middlesex FA decide to play the finals.

“Knowing that we might just have a shot at another trophy has kept the lads going through lockdown.”

Like a lot of football clubs up and down the country, Albion have suffered off the pitch, too.

Their finances have taken a massive hit, so much so that there were fears not all three of their teams would survive for another season. 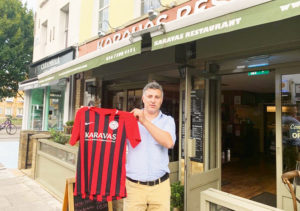 Deniz Cem, of Karavas restaurant, has agreed to sponsor Albion for a third season

That was until a Camden business stepped in to inject some much-needed funds into the club. Deniz Cem, who owns Karavas, a Greek restaurant in Camden Town, has agreed to sponsor Albion for a third season despite suffering his own financial loses during the pandemic.

He said: “When I was younger and played in a team we would ask all the local businesses to sponsor us as it’s not cheap running a team, and there would be one business in a hundred that would help us out. I always promised myself I would be that one business that said yes.

“So when the Highgate lads approached me I said yes. They all come and eat at my restaurant anyway, so it was a no-brainer.

“Despite the losses the business has sustained I still want to do something positive for the local community.”

Eager, who also serves as Albion’s club treasurer, said he was “thrilled and delighted” with the sponsorship deal.

He added: “We are extremely grateful for Deniz and Karavas for stepping in to offer us more support.

“It will have a huge impact on the club, especially in regards to us being able to keep all three teams running into next season.

“It really isn’t cheap running a Sunday football side, let alone three, and we heavily rely on sponsorship and donations from past players to keep things ticking over every season.”