“If you want to know what institutional racism looks like, this is it,” says StopWatch chief exec 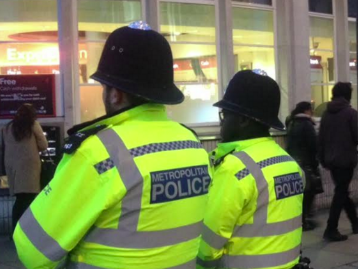 Thousands of stop and searches have been carried out in lockdown

POLICE have been accused of “disproportionately” targeting young black men in the borough with stop and search powers during the lockdown.

Over the past three months, the number of stops has increased by 70 per cent with 3,800 searches since March.

The figures, however, show only four of the incidents led to an arrest.

Despite black people only making up 8 per cent of the borough’s population, they made up almost 40 per cent of total searches in the past year.

In comparison, 41 per cent of those stopped were white, a demographic that makes up more than half the borough’s residents.

Police have defended the surge in numbers during the lockdown, saying it has been used to tackle violence and drugs.

But Katrina Ffrench, chief executive of StopWatch, an organisation which campaigns for fair and accountable policing, described the searches as harassment.

“If you want to know what institutional racism looks like, this is it,” she said.

“That while there is a global pandemic police have used their powers to harass young black men. I call it harassment because of low outcome rates. If 80 per cent of what they did had no outcome, how is that effective?

“At a time when police should’ve been adopting a public health approach they chose to target young black males and put them in danger by engaging with them with no PPE despite them being from communities disproportionately affected by Covid-19.”

In May, police made more than 1,500 stops, more than double the figure for the same month in 2019 and the highest total for two years. But more than 80 per cent resulted in no further action.

Civil rights barrister Greg Foxsmith said: “Before the police increase their use of stop and search they need to get their house in order with their disproportion­ate use of it.

“We know black and minority ethnic communities have always been disproportionately stopped and we know it creates resentment. With what we’re facing right now with Black Lives Matter and campaigns about racism it’s critical the police tackle their systematic racial imbalance.”

Camden’s head of police, Chief Superintendent Raj Kohli, has acknowledged that black people are more likely to be stopped and searched than any other ethnicity, and said the numbers were higher in lockdown because officers could concentrate on frontline duties and suspects were more visible on quiet streets.

The borough commander said: “People from BAME back­grounds are over-­represented in stop and search figures across London and in the criminal justice system as a whole.

“We scrutinise this regularly with representatives from those communities to ensure transparency and help ensure our tactics are appropriately used.

“Sadly, we are also seeing young black men disproportionately reflected in knife crime statistics, both as victims and suspected offenders.

“I do not underestimate the impact that the use of those powers has on communities and individuals. But officers are not targeting young black men, we’re policing in areas where the risk of violence can be high and we are trying to protect people.”

John Kilvington, chair of Camden’s Stop and Search Community Monitoring Group, said the group has questioned the police on the spike in stops during the lockdown.

He added that the group is most concerned with the fall in positive outcomes.

Mr Kilvington said: “We’re not saying there isn’t an issue with disproportionality because there is, there’s definitely a problem. But the data isn’t there to accurately show how disproportionate the police really are.”