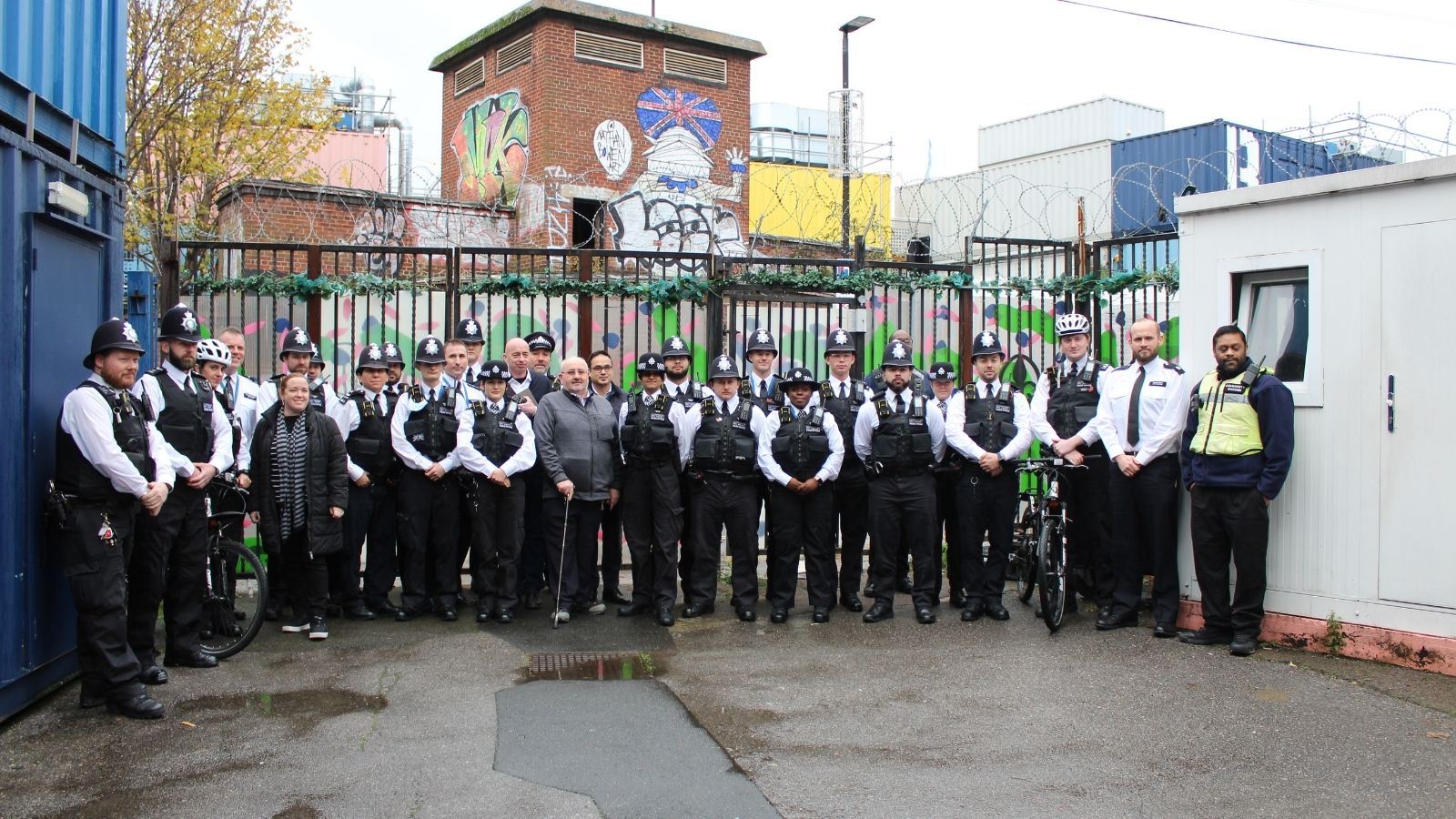 The new officers are unveiled in NW1

POLICE say they will reclaim their grip on Camden Town with a new team of 25 officers that hit the streets on Monday.

The new “town centre team”, made up of an inspector, three sergeants and 21 constables are covering an area from Mornington Crescent up to Castlehaven Road – including the Lock area.

Their top priority will be tackling violence against women and girls, closely followed by robbery and drugs.

Chief Inspector Richard Berns introduced the team at an event on Monday, telling the officers: “I’m so happy you exist, you’re long overdue. We’ve been doing our best, but we’ve been crying out for more police for a decade.”

Currently, Ch Insp Berns said a shortage of officers has meant that when police walk past drug dealers, “they do not even run away”.

He said: “At the moment for drug dealers the reward outweighs the risk, but we need to change that, when we do that, we’re winning.”  To do so, he said: “We’ll have a no walk-by policy, we won’t ignore any bad behaviour, because we know it’s the low-level stuff that feeds back to the gangs.”

He urged the new officers to “use every tool in the toolbox: stop and search and community protection notices, we want you to be proactive in finding crime”.  There was a town centre team many years ago, but it was taken away after funding cuts.

Roy Walker, chair of the Safer Neighbourhood Board, remembers the old team and said: “The previous Town Centre Team achieved well over 250 Asbos before they were disbanded – so that’s an idea of what you should be achieving, they did 11 in one event once.”

Inspector Paul Beckley said the team will provide “almost 24-hour coverage from Thursday evening to Sunday night, and they will be out patrolling the streets on foot or on pedal cycle unless they’re writing up reports or community protection notices.”

Tricia Richards, chief executive of the Castlehaven Community Association, said she was “over the moon” the team had arrived.

“I’ve been around for 20 years and I remember the previous team, they made such a difference,” Ms Richards added. “We’ve got lots of drug dealing in our parks, rough sleeping is a huge issue. There’s prolific weeing and pooing in parks and littering.

“We know knives are buried in our park and we even had a drive-by shooting.”

Borough Commander Andy Carter said he hopes the team will allow the police to “reclaim the public space”.

Addressing the new officers, he said: “We’ve lost charge a bit there and we need to reclaim it.  You’re some of our best crime fighters in our Borough Command Unit, you’ve put your hands up to volunteer, and you’ve been picked because you know this area quite well. Let the residents know you’re here to fight their corner.”