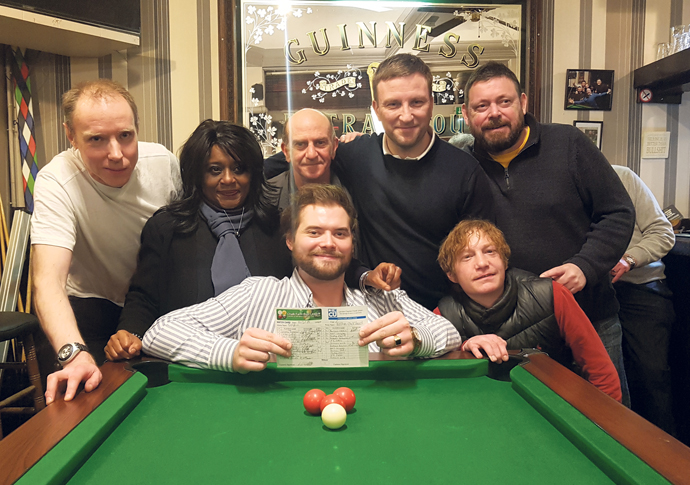 THERE are just four teams left vying for the right to get their hands on the Liam Tarrent Cup – the Chalk Farm Pool League’s answer to the FA Cup.

Division Three side The Dolphin pulled off a big shock on Monday night when they beat Division One high-flyers Boston Old Skool 5-2. And despite being on the losing side in King’s Cross, league secretary Simon Wild was full of praise for the victors.

He said: “Luke Kelly and Dave Bridge both put in high-quality finishes in their individual matches. It was an excellent team performance, The Dolphin were deserving winners.”

Joining them in the semi-finals will be Kentish Town-based side Peckwater Playboys and King’s Cross Hawks, who were both taken down to the wire as they won their respective matches against DOB Dynamos and Golden Lion 5-4.