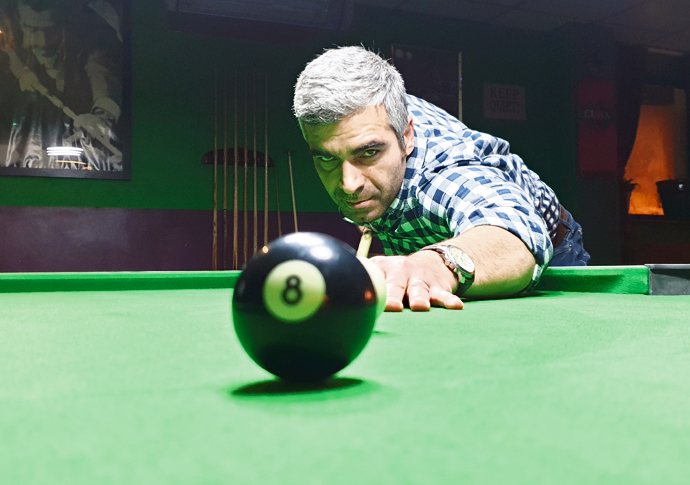 COUSINS Night Walkers extended their Halloween celebrations by pocketing their first ever victory in the top flight of the Chalk Farm Pool League on Monday.

Match-winner Sinan Yuce made “an impossible shot” to help the Night Walkers chalk up a thrilling 5-4 victory over rivals The Constitution at Cousins Snooker Club in Holloway.

However, it looked like the elusive debut win was going to escape the newly-promoted side when their 3-1 lead quickly turned into a 4-4 draw to set up a nervy final-frame decider.

A cat-and-mouse battle saw Yuce make an unforced error to leave himself snookered behind a yellow and seemingly out of reach of his final red.

He somehow managed to escape by skilfully potting his ball off the cushion, only to then find himself facing another impossible shot on the black.

After carefully surveying the situation, Yuce pulled off what one rival player called “the shot of the season”, coming off the side-cushion to sweetly strike the black, sending it in and out of baulk with just the right pace to come back down the table and settle in the corner pocket.

But things weren’t quite what they seemed.

“The shot was not intended to end like that,” Yuce admitted after the match.

He added: “But it was great to bring joy and happiness to all my teammates.”