Sensei looks ahead to Olympics after big medal haul in nationals 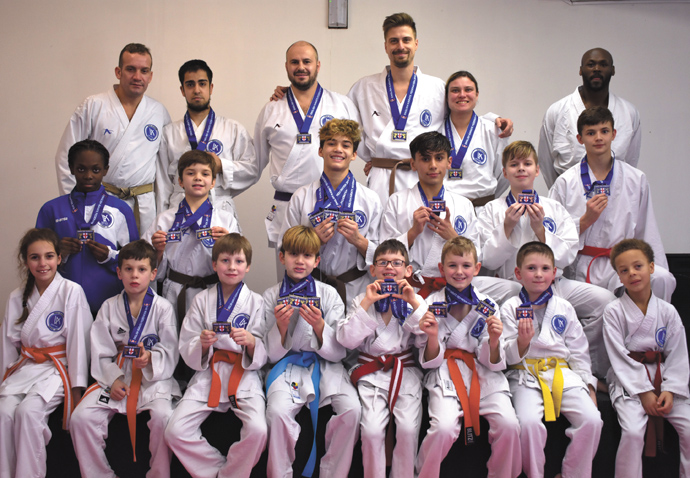 KARATE kids from the Veras Academy can ­officially call themselves the best in the country after returning from the National Championships with a mighty medal haul.

Youngsters from the club, which is based at the Ringcross Community Centre in Islington, returned from the two-day tournament in Leicester at the weekend boasting 14 golds, five silvers and six bronze medals.

Their combined efforts saw Veras Academy finish top of the medal table, seeing off competition from 25 rival clubs from across the UK.

Luca Veras, Jack Walsh and Jaydon ­Sullivan were regarded as the top performers by Sensei Raphael Veras after collected a total of eight gold medals between them.

The delighted head coach also praised “the amazing atmosphere” generated by his young fighters, and the coaches and parents alike.

“I’m extremely proud of everyone from the club. They showed tremendous team spirit,” said Raphael.

“The atmosphere in Leicester was amazing, it really was. It was really good to see the coaches and parents working together as one to get our competitors ready for the tournament.”

But there’s no time to dwell on the success as the countdown to the 2020 Tokyo Olympics is on. Raphael wants to make sure his seniors, Alton Brown and Natalie William, will secure the top 50 world ranking that would gain them a place at the Japanese showpiece.

“Our next stop is France where Alton and Natalie will be looking to get the results they need to help them qualify for the 2020 Tokyo Olympics,” he said.

“There’s not too many events left after Paris, five or six I think, so they are on the final stretch. They have looked sharp in the last couple of weeks. We have been training really hard and been putting a lot of extra hours in. We are very confident they can get a result.”

Raphael added that he wants as many people as he can to come to his training sessions – which are open to all.

“I would like people to come and see us, train with us, even if you only want to get fit,” he said.

“We have classes for children as young as five, all the way up to veterans, and we have people coming from all across the globe to visit us.”