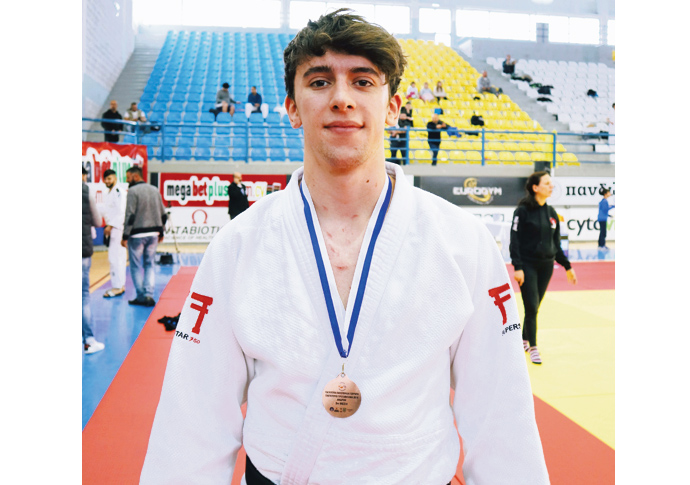 Sam Sampson with the bronze medal he won in Cyprus

Sam, a “judoka” who trains at Sobell Judo Club, which is based at the Sobell Leisure Centre in Holloway, was part of a tough -81kg category featuring 18 rivals, each vying for the national title at the Lefkotheo Stadium in Nicosia.

The action was intense from the off with Sam beating the third ranked judoka in Cyprus, Anastasis Charalambous, in his opening fight, before losing to Cyprus’s number two Aristos Michael in his second outing.

However, the defeat only spurred Sam on, as he won his next two fights to earn “a proud” place on the winners’ podium.

Afterwards he revealed that judo runs in his blood. Sam’s efforts at the national championships mean that he has followed in the footsteps of his father in officially qualifying for the Cypriot National Judo team.

“It feels great to win a bronze medal,” said the 23-year-old.

“Aside from being proud to represent my heritage, our club also has a bit of a history with Cypriot judo that has always inspired me. My father, Sampson Sampson, had a hand in coaching some of their national team and eventually went on to represent them himself. 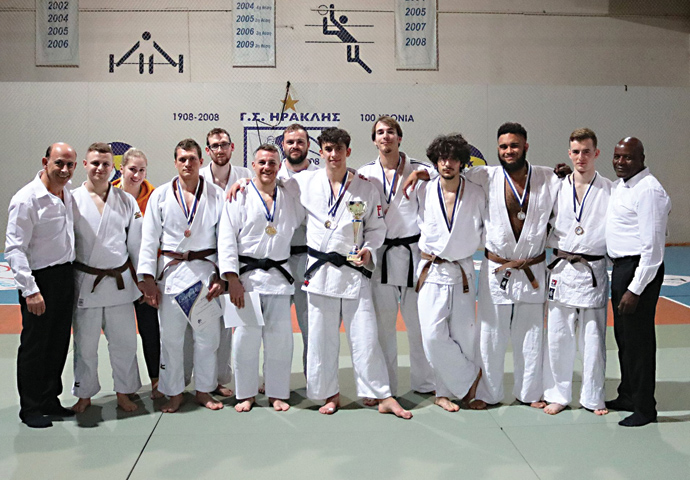 Judokas from Sobell Judo Club at the Miyazaki Cup in Greece

“So, I’ve grown up around stories of Cypriot athletes who competed at the highest level and used our dojo at the Sobell Centre as their home away from home. For me, I feel very humbled to take my first steps into joining their ranks and creating my own versions of these stories. Of course, I still have a long way to go, but it is exciting to have started opening these doors.”

Other Cypriots who have trained at the Sobell Judo Club include Ioannis Kouyialis, who represented Cyprus at the 1984 Los Angeles Olympics.

Sam, however, isn’t getting carried away by dreams of competing at the Olympics just yet.

“I’m ready to represent Cyprus whenever I get selected, but I’ve only just taken my very first steps at this level, so the immediate plan is to go back into training and fill in the gaps to ensure I am ready to take first place next year,” he added.

“I’m not a full-time athlete, which means I juggle my training alongside a full-time job. This is because it’s very difficult to make a living as a judo athlete, but this doesn’t bother me too much. I’ll create the best version of myself and take on whatever opportunities are presented to me, whether it be international competitions or the Olympics.

“In the end, my ultimate goal is simply to train, compete and just enjoy this beautiful martial art.”

Judokas from the Sobell Judo Club have proved a big hit recently. At the 2019 Miyazaki Cup, which was held in Greece, Sam came away with a gold medal in the open-weight category despite facing opponents nearly twice his size.