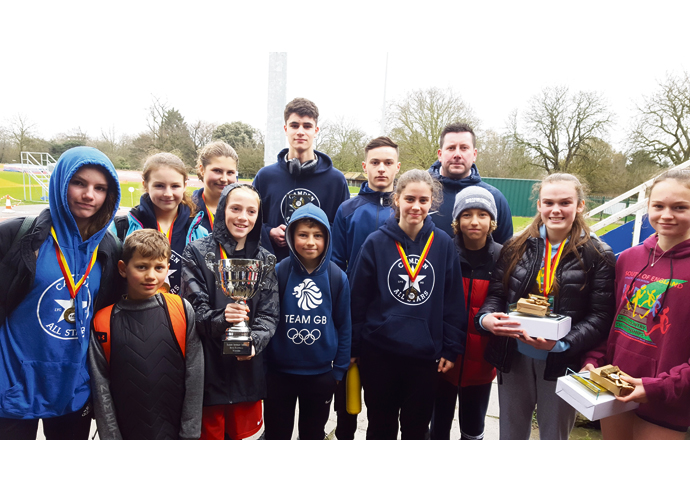 The competition brings together athletes from Camden, Islington, the City of London, Hackney, Haringey and Newham, who take part in six races – three age groups for the boys and three for the girls – in a bid to score valuable points.

Even with such a vast array of the capital’s talent on display, the sight of Camden lifting the shield had become somewhat commonplace as they won it for 17 years in succession. But that all changed last year when the smiles were replaced with looks of shock as Hackney powered their way to glory.

“We were all really disappointed when we lost our title,” said team manager Ben Dorsett, who works for Camden Council’s Sport and Physical Activity Service.

“This year we came back with a new focus, we were determined to win it back. We had a squad of over 80 athletes ready to take part, and they all raced tremendously well.”

Camden also won the girls’ Under-17s race outright. Millie Dunne took the silver medal position as she finished second in 12:14. The other four scorers were Amelia Carney and Hailey Knowles, who finished fourth and fifth respectively, Isabella Millett, who was seventh, and Maxine Chapman, who finished ninth.

The girls’ Under-13s squad finished second in their age group. Tara Rose Walsh led the charge as she finished in sixth spot in 12:55. Jess Parry was ninth, Faduma Abdi and Lilly Schauer were 12th and 13th respectively, Cecile Reeves was 16th, while Gabrielle Kennedy and Amy Chapman crossed the finishing line together to share 17th place.

The boys’ Under-15s squad also took the runners-up spot in their race. Finlay Sleeman was the quickest home for the borough as he took third place in 10:20, while the other scorers were Jesse Hopkins in fifth, Ross Doran in ninth, Gabriel Monaghan in 11th, Jayden Lyons in 17th and James Bevan in 20th.

All the scorers will now go on to represent Camden in the London Mini-Marathon next month. The celebrations for regaining the Inter Borough title have been put on hold, however, as Ben explained:

“Hackney haven’t returned the shield yet, so we will have to wait. I’ll bring it along to the mini-marathon with me and all our young athletes can have their picture taken with it.”