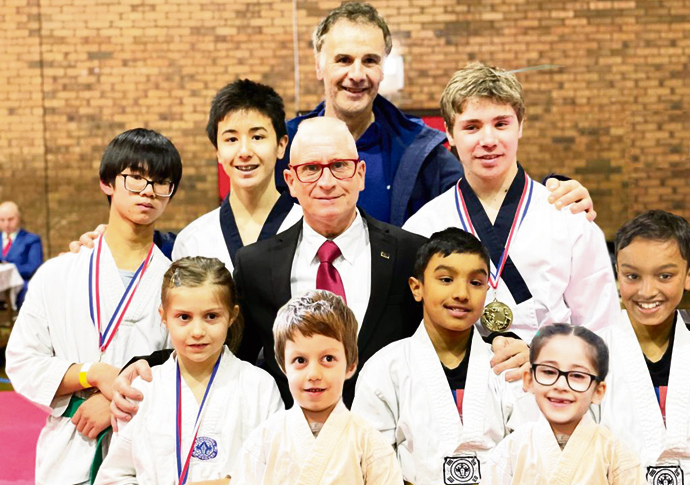 The Tigers team who returned from the British Open Taekwondo Championships in Manchester with medals, along with Master Derek Sumner, who was an official at the event

A GROUP of determined martial artists “defied expectations” when they all returned home from the British Open Taekwondo Championships sporting glistening medals around their necks.

The squad of six youngsters shone in their first ever major competition as they won a combined total of 10 medals in Manchester last month.

What makes the achievement even more spectacular is that the Holborn Tigers took inspiration from Rocky – the Oscar-winning boxing film starring Sylvester Stallone – to help train for the competition, even though the cult classic was released almost 40 years before the youngest member of the team was even born.

“Because of the pandemic all of the local sports and community centres were closed for lengthy spells over the past 18 months, so we had to get creative with our training,” explained Master Rienzi Trento, a 6th-dan black belt who teaches the kids.

“Taking inspiration from Rocky and some of the early Jackie Chan films we decided to start practising in local parks and open spaces. We used our natural surroundings to train, so instead of using weights we would use sticks, and we’d do upside-down push-ups against trees.

“We also threw small, broken tree trunks to improve and strengthen our explosive power. It was fantastic.”

The triumphant team trained in Regent’s Park and Highgate Wood, as well as the Story Garden in Somers Town and in a playground near St Giles-in-the-Fields Church in the West End.

With the cold now kicking in, however, they have moved back into their home at the Holborn House Community Centre. But the spell outdoors clearly paid off as the Tigers returned from “a challenging” British Open with six gold medals, three silvers and a bronze. 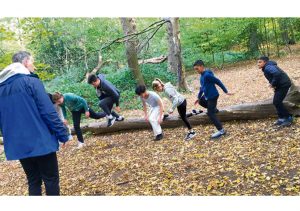 Competing at 55kg, the blue belt took gold in the poomsae – otherwise known as patterns – in which martial artists are judged on their ability to perform a set sequence of movements that consist of the various fundamental stances, blocks, punches and kicks.

“I felt before the fight, I would only get one chance to prove myself, and so a lot of pressure fell on me as my fight got closer and closer,” said the 14-year-old.

“I was shaking with adrenaline. When I got in the ring, I focused on my opponent and just cleared my head and tried to get a few points lead and keep it. Overall, it was a really fun experience.”

There was also success for Zeeshan Mumin, 12, and his younger brother Ayoub, aged 9.

The yellow belts from Somers Town picked up two medals between them in the fighting discipline, with Zeeshan, who was competing at 37kg, taking bronze, and Ayoub, sparring at 33kg, winning gold.

Cheered on by Ella Moufarrej, 8, and Maximillian Babak, 5, who made the trip to Manchester to support their clubmates, the Tigers weren’t done ramping up the medal count just yet.

Maximillian’s older sister Lilli, who lives in Westminster and was one of the youngest competitors at just seven years old, certainly enjoyed a debut to remember.

Competing at 27kg, the green belt was the very first martial artist called to the mats on the opening day, and she showed composure beyond her years as she scooped a silver medal in the patterns, before returning the next day to take gold in the fighting.

Meanwhile, Luca Williamson, 14, from Highgate, and Ming Shen Aw, 12, from Holborn, both did well in their respective 63kg and 47kg categories – the green belts each winning gold medals for their fighting and silvers for their patterns.