Revealed: How skint schools have been left begging for help from parents 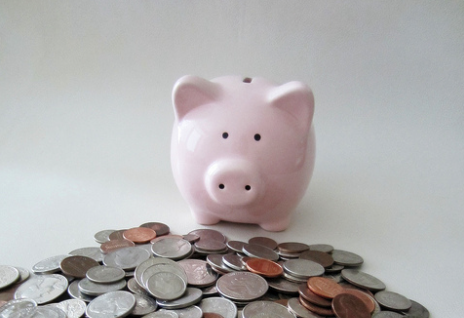 SKINT schools across Camden have been forced to beg for donations and search for increasingly unusual ways to raise money after being hit by austerity cuts to budgets.

The New Journal today (Thursday) reveals some of the desperate ways teaching staff, governors and parents are trying to cover the holes in their budgets, and how one primary-aged pupil has even handed in pocket money from a piggy bank at the school office.

The fundraising att­empts come amid warnings that slashed budgets will soon affect the quality of education in the borough schools, with staff redundancies and swollen class sizes. A new funding formula imposed by the Conservative government is set to add to the pressure, unions have predicted.

In an increasing number of cases, parents are being alerted to strained school finances in the weekly newsletter sent home. Mark Stubbings, headteacher at Brookfield Primary School, said in a bulletin before Easter: “A reception child recently brought me the contents of her piggy bank money – so kind and generous. At the other end of the spectrum a grandparent donated £5,000 towards junior playground equipment.”

He added: “While I do not want to deprive children of their pocket money, any money that is donated from children will be put together and then used to purchase something appropriate – some new books, toys and playground equipment. Thank you so much to these Year 2 pupils.”

Meanwhile, children at Emmanuel School, in West Hampstead, were sent home before the Easter break with a tube of Smarties sweets – but the treat came with a request to bring it back. “A full Smarties tube can hold about £12, but you can return it with as many or as few 20p coins as you like,” a letter said.

Children at Emmanuel School have been given Smarties, but have been asked to return the tube filled with 20 pence pieces

The primary requests a “voluntary contribution to the school maintenance fund” of £45 a year, which “can only be used to invest in the improvement of resources”. The message to parents added: “Camden schools have not escaped the pressure on local authority finances and our funding is likely to face real-terms cuts over the next four years.”

Teachers at Rosary Primary School, in Belsize Park, meanwhile, are running a £1-a-week lottery, with the money divided between a weekly winner and the school. Parents have been told that money will help pay for iPads and interactive whiteboards. At Fitzjohn’s Primary School, in Hampstead, parents are being asked for funds for “library furniture that the children will benefit from”.

The schools were contacted by the New Journal about their fundraising methods, but we were directed to the council’s communications department for further comment. The issues around fundraising are not confined to those who have made appeals to parents, with education leaders either speaking publicly – or privately – about how funding has not risen with the increasing cost of running primary and secondary schools as class numbers and staffing have gone up.

Other schools are offering parents the chance to pay to “sponsor” cupboards and items of furniture. Critics of the level of funding for schools say headteachers and governors are appealing for help to pay for items or refurbishment that should come from traditional government spending.

The problem was given new focus this week when Jacques Szemalikowski, headteacher at Hampstead Secondary School, in Westbere Road, West Hampstead, raised the issue in a letter to the New Journal. He warned: “We have already seen budget cuts and are having to plan tough decisions about what to cut in order to make savings, while minimising impact on our pupils. This includes difficult decisions about class sizes and the viability of some courses. By 2019, we estimate we will lose £1 million from our annual budget. This figure is simply too large to continue offering all we do for our pupils.”

In the past headteachers have been worried about speaking out in case people thought the difficulties highlighted applied only to their school, when they are actually seen in education circles as a much wider, critical issue.

But with the issue reaching boiling point – and with politicians out on the campaign trail ahead of the general election – more are understood to be willing to air their views. 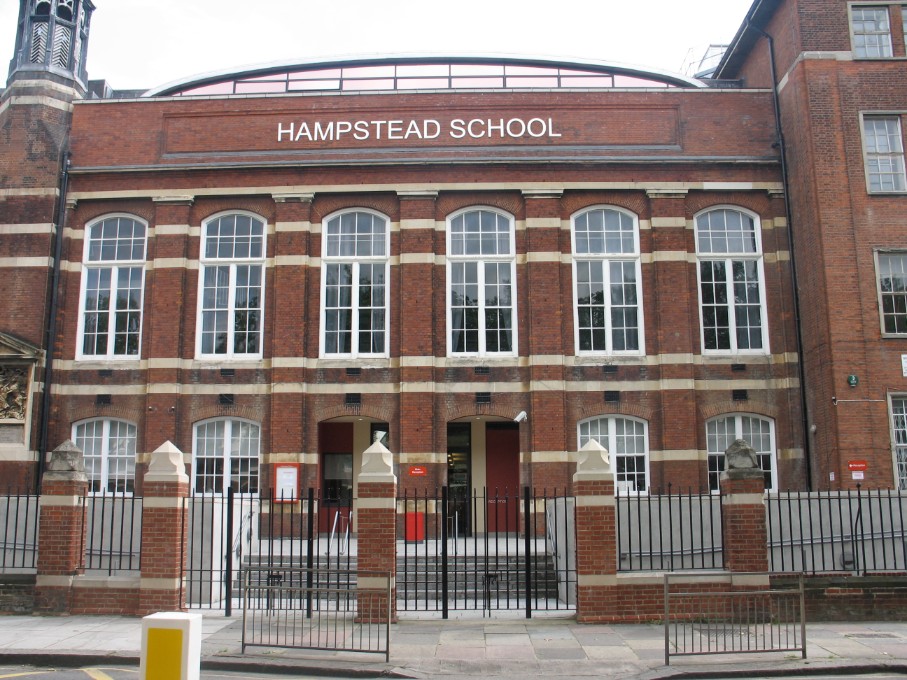 Mr Szemalikowski, alongside governor colleagues, added: “We urge everyone to press candidates on their doorstep about how they will ensure schools are sufficiently funded.” Camden Council has asked all schools to inform parents about a national campaign group, Fair Funding for All Schools, set up by parents “shocked into action by increase class sizes”.

One of its reps spoke at a National Union of Teachers campaign meeting in Haverstock School in February at which headteacher John Dowd warned of an end to school trips, teacher cuts and an arts and design course being axed.

Chairman of governors Raj Chada, a former leader of Camden Council, said yesterday (Wednesday): “It’s not just Haverstock, but all schools in Camden will be affected by these cuts. At a time when the challenge has never been higher and the needs never greater, schools budgets are being slashed.”

According to minutes of a meeting of Camden Teachers Association, La Sainte Union and Parliament Hill schools, in Highgate, cut sixth-form teaching hours from 10 to nine a week. Camden School for Girls plans to privatise its cleaning services and has launched a fundraising drive to help “modernise classrooms, common areas and the dining hall”. Its new “60-60” campaign says that “due to years of budget pressure” the school did not have enough cash to furnish its “sparkling new spaces”.

Parents have been told the campaign name marks the anniversary of the school’s current location in Sandall Road as well as “£60,000 we need to raise by the end of 2017”. The school suggests donations of £25 for a new chair while £500 will “buy a bench with your name on it”.

According to a notice on the school website: “If you’re feeling ‘flush’, £10,000 pays for essential refurbishment to the loos!” William Ellis School, in Highgate, is going through a restructuring process and, according to Camden Teachers Association minutes: “There will be redundancies”.

All schools are now bracing themselves for the new funding formula, aimed at equalising spending across the country. Sceptics say this will divert money from oversubscribed inner-city schools with children from the most disadvantaged backgrounds to more comfortable schools in rural areas.

Schools campaigner Fiona Millar, who is chairwoman of governors at William Ellis, said: “It makes me furious every time I hear a minister on TV boasting about record levels of school spending. “There are rising numbers of pupils and a dramatic escalation in costs so in real terms this ‘record funding’ means an 8 per cent cut in school budgets in the next three years, which will be exacerbated in London if the National Funding Formula goes ahead.”

She added: “This is unprecedented in recent history and certainly in my 25 years as a school governor in Camden. I have great confidence that our local heads will do their absolute best to minimise the impact on our children’s education but the bottom line is that schools nationally need an injection of £3billion by 2020, according to the National Audit Office. This should be the defining education issue in the general election campaign.”

Gerald Clark, secretary of Camden National Union of Teachers, said: “The cuts to schools have hit us earlier than the national funding cuts will. For years, Camden Council put more money into schools but they had to stop doing that when their funding was cut. We have noticed the effect of that in our schools, even before this new round of proposed funding cuts. If the changes come in – it will be devastating.” The union is running street stalls and leafleting primary schools. It aims to hold a “big school assembly” demo and rally at Parliament Hill Playing Fields on May 23. 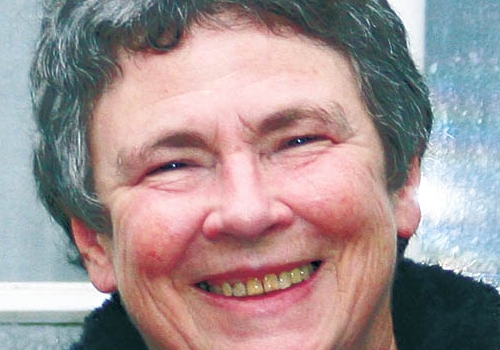 Camden schools chief Councillor Angela Mason said: “Schools are facing an impossible financial position with effective cuts of 11 per cent. We have provided expert financial consultancy to help bridge gaps, but inevitably schools are turning to parents to try and sustain the excellent education they still offer.”

The Department for Education says the current system for distributing school funding is “unfair, opaque and outdated” and the changes would mean more funding for half of England’s school’s by 2018-19.

A spokesman added: “We recognise that schools are facing pressures, which is why we will continue to provide advice and support to help them use their funding in cost-effective ways, including improving the way they buy goods and services, so they get the best possible value for their pupils.”

“These protections, and the wider investment in the school system, mean that spending per pupil will be over 50 per cent higher in real terms in 2020 than it was in 2000, as set out by the independent Institute for Fiscal Studies.”