Recounter-culture: Barry’s stories of the Sixties 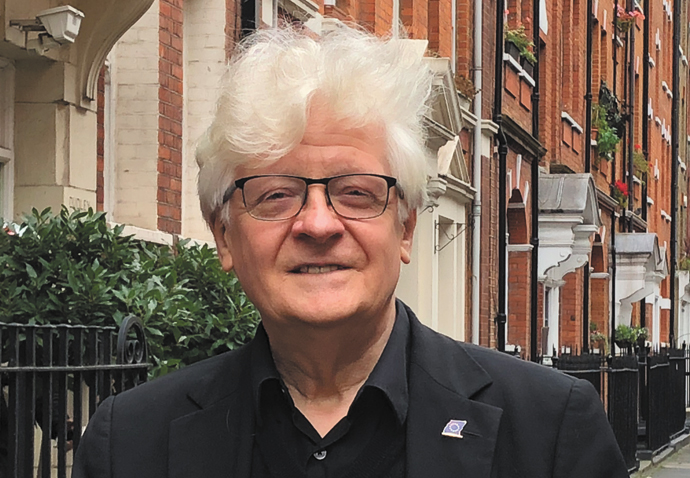 Barry Miles, author of In The Sixties

BARRY Miles is a wonderful raconteur, a man who has stories to tell and a great approach to sharing them.

The journalist and bookseller was a main player in the 1960s counterculture revolution. Running the Indica bookshop in Mason’s Yard, Piccadilly, helping organise the UFO Club in Tottenham Court Road and generally making happenings happen, there wasn’t a mover or shaker of that psychedelic decade who didn’t know him.

He has recounted myriad tales of Swinging London in his memoir In The Sixties, republished this week by 88 Rocket Books, and Diary caught up with him in his Fitzrovia home, full of interesting pieces from an era that changed Britain and the world.

While his stories are full of the lives of The Beatles, Beat Poets, and the way the establishment tried to stifle the creativity and freedom of a generation, he also offers a unique peek into what the streets of the West End were like as London got swinging.

He recalls how Fitzrovia of the 1960s was still dominated by the rag trade. “They needed it to service the big department stores,” he says. “I have lived here since 1964 and it was still then an almost totally Jewish neighbour­hood with people working in the rag trade. Every flat in my block has a Mezuzah on the front door.

“It was wonderful. There was a dairy, a kosher butchers, a greengrocers and two branches of Grodzinksi’s bakery.”

And he recalls how central London had not yet modernised to any degree.

“Before I came to live here I was in a flat by the British Museum and the whole street did not yet have electricity, it was just gaslight,” he told Diary.

“It cost £2 a week and was very quiet because there was no one playing records or watching TV.”