Pressure on Arsenal boss ramped up after defeats 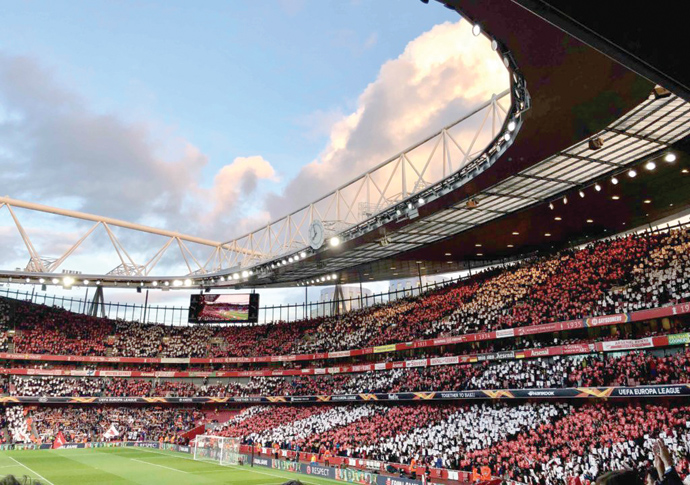 JUST when Mikel Arteta thought that his fledgling career as a manager was starting to blossom, winter has arrived to harshly bite into the green shoots that just a month ago surrounded Arsenal.

A 10-game unbeaten run is long forgotten with the Gunners’ boss now staring down the barrel at three defeats in the past four Premier League games.

The Spaniard warned fans just last week not to expect a shopping spree, insisting he “trusts the players”, and that his only focus was on making them better.

Pierre-Emerick Auba­meyang was dropped to the bench, replaced by Alexandre Lacazette – a player rumoured to already have one foot out the door. Aubameyang was given all of five minutes to prove Arteta was wrong for dropping him – but when a chance fell his way in injury time the striker stayed true to his current form and fired wide of the far post.

Perhaps even more telling was the 71st-minute arrival of Eddie Nketiah. The young striker, who, like Lacazette, may well leave the club in the summer, was brought on and often found himself drifting out wide.

So not only was Nketiah introduced before Aubameyang, but he then played on the wing – while Arsenal’s record £72million signing Nicolas Pepe, an actual winger, was left on the bench.

Arteta’s reaction to the 2-1 defeat against the Toffees was, at least, damning. But then what else could it be?

He is now demanding “more” from his team this Saturday when Southampton visit the Emirates. Most importantly, the Gunners must take their chances when the goal is at their mercy.

Reflecting on Monday, Arteta added: “I’m very disappointed. In the first half we were inconsistent with the ball. I didn’t like it. We didn’t have enough penetration or threat on the opponents’ goal. In moments we were sloppy.

“What I want is more from my team. You have the game under control even though you’re not playing your best and you have to find a way to win it. The way we conceded and lost against Everton is not something good.

“It could have been very different. When the opponent is there for the taking you have to do it and we haven’t. It wasn’t good enough.”