Fundraiser begins to pay for legal appeal over fees 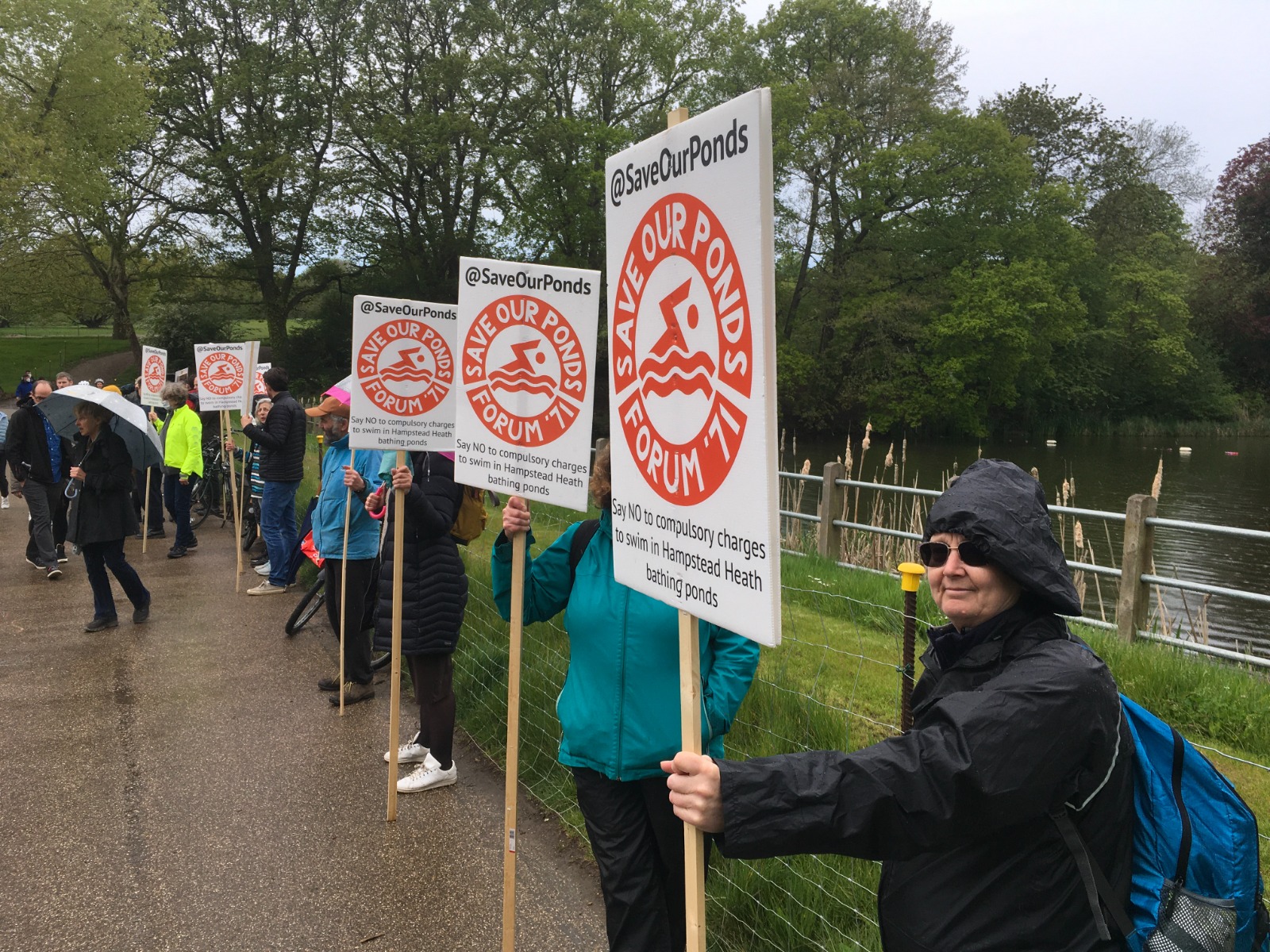 A new protest against the charges at the bathing ponds

SWIMMERS who are fighting compulsory fees at the Hampstead Heath bathing ponds have staged another protest to coincide with Mental Health Awareness Week.

The demonstration at the Mixed Ponds, organised by campaigners Forum ’71, saw more than 100 people take part.

They said they want to raise the importance of open-air, cold-water swimming to mental health and believe that nobody should be priced out of using the ponds.

A Forum ’71 spokes­man said: “After a year of forcibly imposed compulsory access charges to bathe at the ponds, and the ongoing Covid-19 emergency, swimmers continue to be disadvantaged by costs. Many canvassed over the past year have said they make savings in other areas of their lives in order to swim, limit their visits or don’t go at all.”

The New Journal revealed last week how the City of London, the guardians of the Heath, are facing possible court action over the fees, which were introduced last year.

The Kenwood Ladies’ Pond Association (KLPA) are raising funds to cover legal costs after threatening to seek a judicial review at the high court and hiring the law firm Leigh Day and Co to represent them.

The case is partly being brought in the name of Ann Griffin, who is a blind swimmer.

Her lawyers say charging people to swim breaks a number of human rights laws and discriminates against those with disabilities who value the ponds.

The City deny any contraventions and argue that they have put in place a sliding scale of costs and provided free swims to those in need. They said that the compulsory fees were brought in to cover rising costs as open-air swimming grows in popularity. 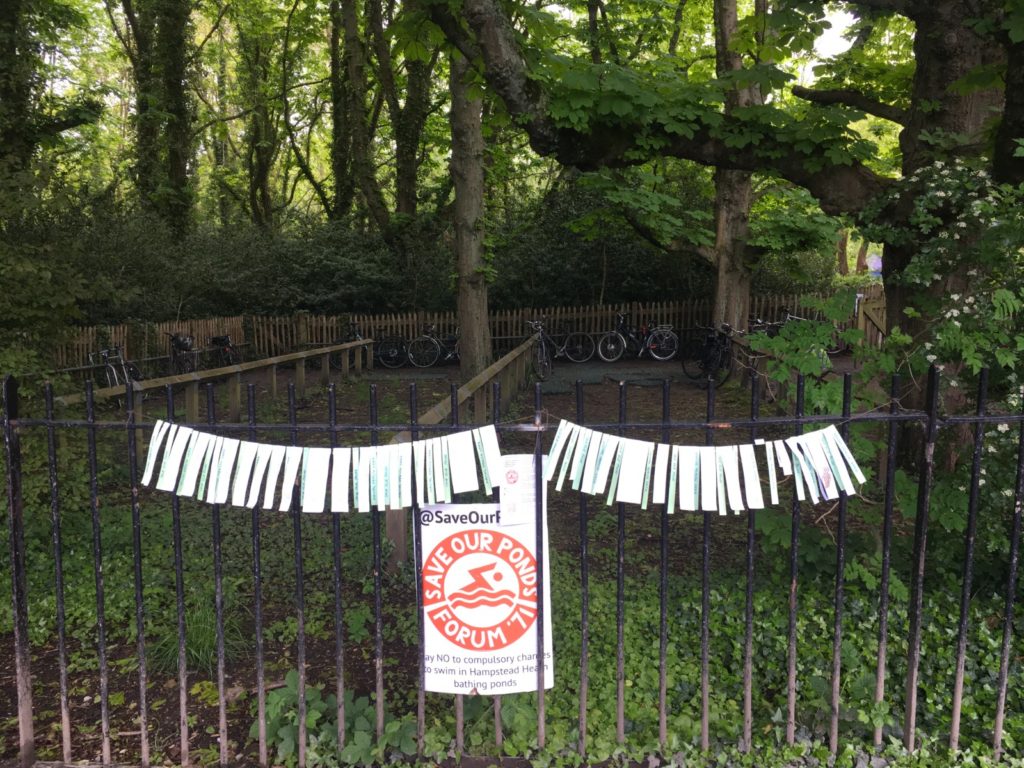 A safety review following the death by drowning of a man in the water in 2019 led to the need for more lifeguards.

The City have also pointed out that they bankrolled the Hampstead Heath charity to the tune of around £5million a year.

They estimate that only around 4 per cent of swimmers bought a £2 honesty box ticket.

But the swimmers argue that a voluntary system of payment could be improved and that the City – with a £2.6billion trust fund to finance the Heath – cannot plead poverty.

A KLPA spokeswoman said: “In order to cover our legal costs and potential adverse costs, we are seeking to raise £30,000.” They have set up an online pledge system through their website.

A City spokeswoman said: “We deny any suggestion that the decision to bring in charging for swimming at the bathing ponds is discriminatory or unlawful. All charges are reinvested to ensure that affordable, safe and sustainable access to outdoor swimming is available to as many people as possible for generations to come.”