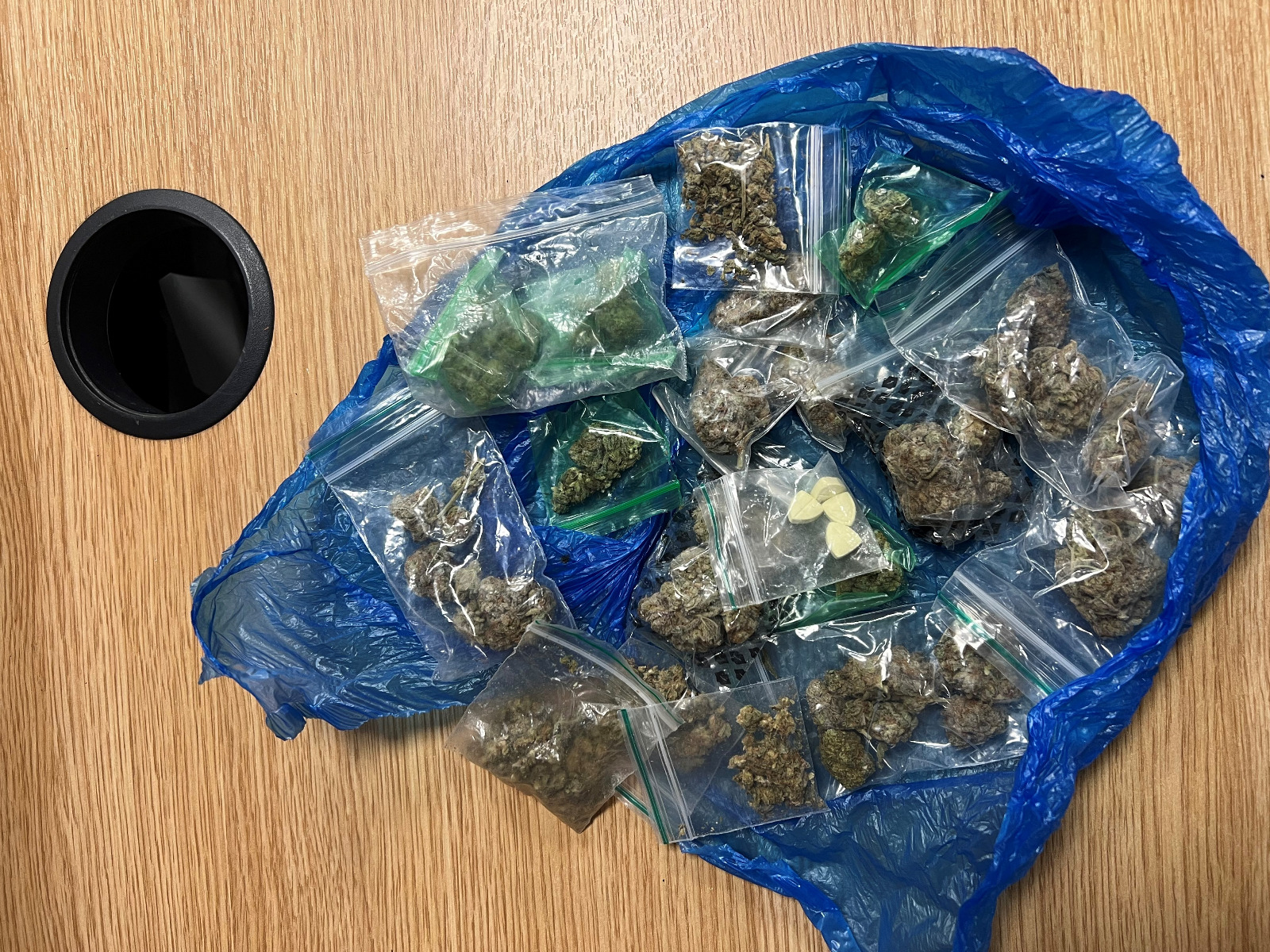 The bag of cannabis discovered in Camden Town

HUNDREDS of pounds worth of drugs have been found hidden behind a drainpipe in Camden High Street by the new town centre policing team.

The stash of cannabis and nondescript pills was uncovered on a standard patrol of the street. Inspector Paul Beckley said: “The officers were just walking along the road and happened to check behind a drain and found the bag stuffed there.

“It really was quite well hidden, they hide it because they don’t want to have supply on them at all times in case they’re stopped and searched, so they find somewhere to stash it and then go back and top up.”

He added: “The bag wasn’t within a child’s reach this time, but that’s always a worry.”

The drugs were removed and will be incinerated at an undisclosed location at the conclusion of the investigation.

It was a dramatic event in the build up to one of Camden’s quietest New Year’s Eves ever.

Insp Beckley said: “Footfall was much lower on New Year’s Eve, but we were still busy, the ne’er-do wells were still there.”

The team of 25 officers and seven special volunteer constables made nine arrests, for assaults and drug possession. This included one man who was caught dealing drugs on CCTV and subsequently arrested for possession of over 50 bags of cannabis.