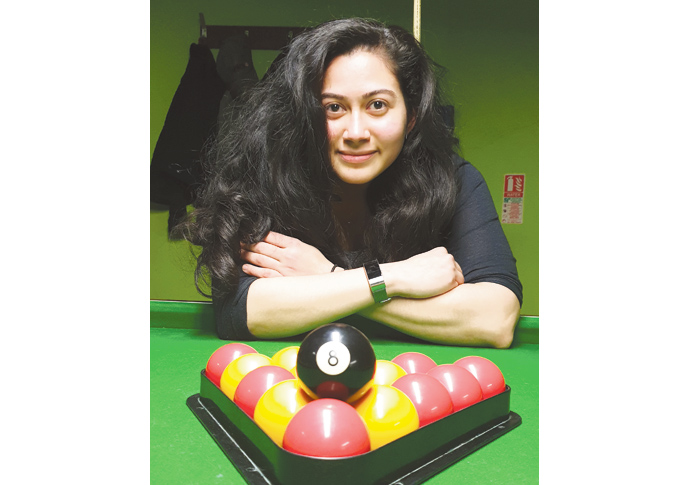 PROUD potter Aishah Omar says she’s “over the moon” after pocketing a place in the grand final of the Chalk Farm Pool League’s Ladies’ Singles Championship.

Aishah, who plays for Islington-based side the Green Man, dominated her semi-final showdown against Peckwater Playboy Jane Havell at the end of March, winning 3-0 at the Hurricane Room in King’s Cross.

The barista, who lives in Camden Town, was rewarded for her efforts with an even bigger test come June, when she will take to the table against defending champion Ursula Ali in the final.

“I’m so excited to have made it into the final,” beamed Aishah. “It was a tough match against Jane. Now I’m looking forward to playing Ursula in the final. Hopefully I can do the Green Man proud and bring home the trophy.”

Ursula, who plays for King’s Cross Gunners, booked her place in the final back in February with a resounding 3-0 victory over hotly-tipped Rachel Ostridge, who plays for Slattery’s Squatters.