Party time for the legal pioneers 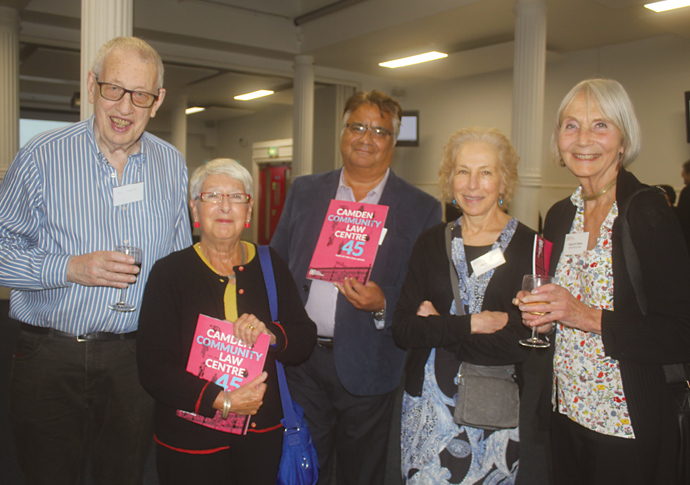 THE first question that crossed my mind when I received an invitation for an anniversary party held by the Camden Law Centre in Kentish Town was: Why?

Why should it celebrate its 45th anniversary? Its 40th or 50th I could have understood but a 45th?

But I wasn’t the only one who had been puzzled I discovered when the anniversary party was held last week at Arlington House in Camden Town.

When the Law Centre’s trustees queried a proposal to hold the anniversary for the 45th, they received a rather macabre reply: “Because some people may not be here for the 50th!” 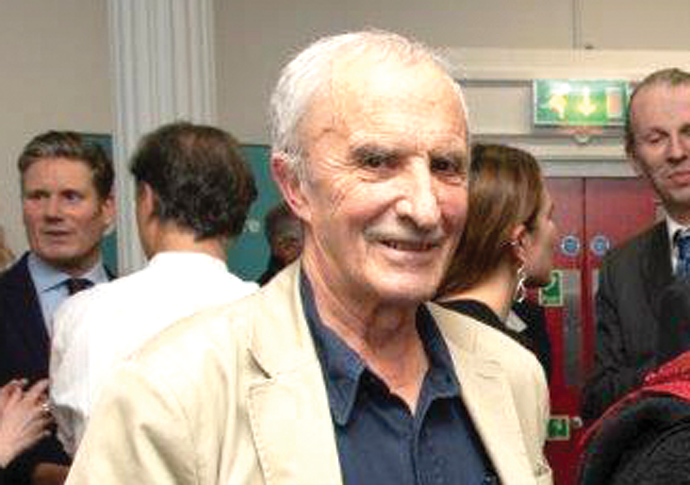 Well, the evening event went with a swing as one after another of those who were around when the Law Centre was set up in 1973 turned up – among them former St Pancras MP Frank Dobson; John Cowley, retired lecturer and housing activist; Walter Merrick, now chairman of the campaigning law reform body Justice; and Sir Geoffrey Bindman, and Marjorie Mayo.
Geoffrey Bindman, who was the Law Centre’s first chairman, was a Labour councillor in the early 1970s and persuaded the council to completely fund the Law Centre at an annual cost of £70,000. In today’s money that would be nearly half-a-million pounds.

Sir Geoffrey told me local solicitors, led by a flamboyant solicitor Derek Wilkes, vehemently opposed the idea of a Law Centre on the grounds that it would take away briefs from local solicitors. 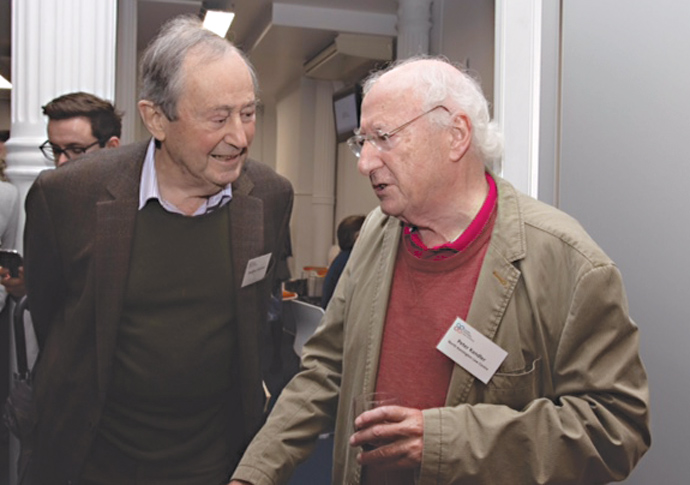 Sir Geoffrey Bindman, left, and Peter Kandler at the party

Wilkes, who died several years ago, actually came from the same part of England as Sir Geoffrey – the north-east.

Local activists were very keen on the creation of a Law Centre, including several notable Communists, including a young lawyer, Stephen Sedley, who later became one of the country’s leading judges.

As for Walter Merrick, one of the first lawyers employed at the centre, and its first director, he eventually moved on, and became one of the government’s senior Ombudsmen

With its reputation as a pioneering, innovative borough it is not surprising that the Law Centre was one of the first to be set up in the country, serving clients ensnared by cases covering housing, welfare and immigration issues.

Little has changed today as speakers at the party made clear – similar cases are still brought before the staff at the Law Centre in Prince of Wales Road, though they have to cope with funding cuts and fewer people to help.

Whoever thought of organising the 45th anniversary got it right – it seemed as if, anyone who is anyone in Labour political circles, were keen to be there. Nearly 100 guests filled the room, and the party went on until late evening.

Of course, that meant the “Young Ones”, such as Sir Keir Starmer and council leader Georgia Gould, were keen to be on the guest list, but the night was intended for the “Old Brigade” and they enjoyed regurgitating old memories.