Once more with Fielding

A true one-off, Fenella Fielding’s eccentric memoir is as singular as its author 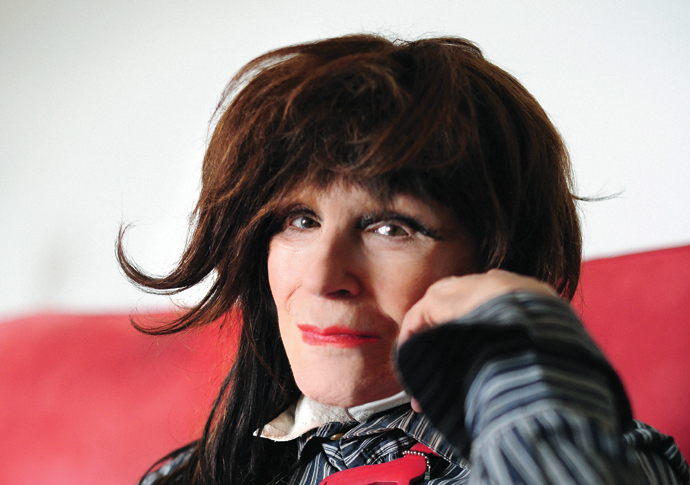 WHY is your bum so cold? Do you leave it out at night?”

Fenella Fielding has always had an ear for the surreal. That particular nugget – an enquiry made to Kenneth Williams during the shooting of Carry On Screaming – may not have made the cut to her memoir, Do You Mind if I Smoke?, but there’s no shortage of others.

Born Fenella Feldman (no, that’s an urban myth: she’s not Marty’s sister) to a Lithuanian father and Romanian mother, Fenella’s formative years in Edgware do not appear to have been the happiest. She says her father would knock her about with his fists, egged on by her mother. She was so unhappy, she recalls, that after a trip to Boots to buy aspirin, she took 70 of them in an attempt to take her own life.

Yet even this bleak period is recalled with wit. “Sometimes, Mummy would stand in front of the mirror admiring her legs and say to me, ‘Look, Finny, I’ve got beautiful legs.

You must always tell people I’ve got lovely legs,’” she writes. “But it made me terribly worried. I didn’t know when to say it. Should I wait until people asked, ‘What are your mother’s legs like?’ And then I could say, ’She’s got beautiful legs.’ But it never did come up in conversation, so I’d like to mention it now.”

Her parents were also keen to take her out of education despite winning scholarships to both art school and Rada. Her mother, she says, regarded a lack of education as a virtue, a sign of femininity.

Given her parents’ somewhat unconventional attitude to her, it’s little wonder that she neither married or had children of her own. She did, however, manage to maintain two lovers over a 20-year period without either knowing the other existed.

Despite her parents’ best endeavours to prevent it, Fielding became an actress. It was her performance in the 1950s Sandy Wilson musical Valmouth that brought her to prominence, consolidated by her Hedda Gabler in the 60s. However, it could be argued that she found her métier in revue, quickly becoming the darling of the chat show circuit.

But, as any actor will tell you, stage work is ephemeral – it’s the screen that lives on… as the book’s title proves. “Do you mind if I smoke?” is a line from Carry On Screaming, a film that, thanks to innumerable TV outings, continues to haunt her.

In the 70s, after being swindled by her agent, she was broke and was forced to sell her home. As she recently told the Guardian: “It’s rather awful sitting in a room waiting for benefits and everybody knows who you are.”

This book’s genesis was, like the volume itself, unconventional: Fielding’s co-author, Simon McKay, got to know her at a pilates class. They struck up a friendship and together developed a one-woman show.

The book is really a print version of the show: thematic rather than chronological, it’s a rambling delight. It has to be said it’s a slightly strange book but Fenella’s singular purr resonates throughout. It’s rather endearing when she can’t remember a name and refers to them as, for example, “Buddy someone”.

From going to the Colony Room with Jeffrey Bernard to her tempestuous relationship with Kenneth Williams and Norman Wisdom’s wandering hands (“His attitude was: Female; fair game.”), it’s a gossipy delight.

Would that all nonogenarians were as mentally agile as Fenella; once you get used to the chatty style, it’s a vastly entertaining read, sadly let down by some fact-checking errors. Myles Rudge, Miff Ferrie,

Billy Chappell, Joan Sims and, in the appendix, even Peter Cook are misspelled and the movie Fenella made with Rik Mayall and Adrian Edmondson was Guesthouse Paradiso, not Hotel Paradiso.

Still, even these fail to spoil a memoir that’s as enjoyably eccentric as its subject.