No more tacos: Wahaca will not reopen branch above tube station 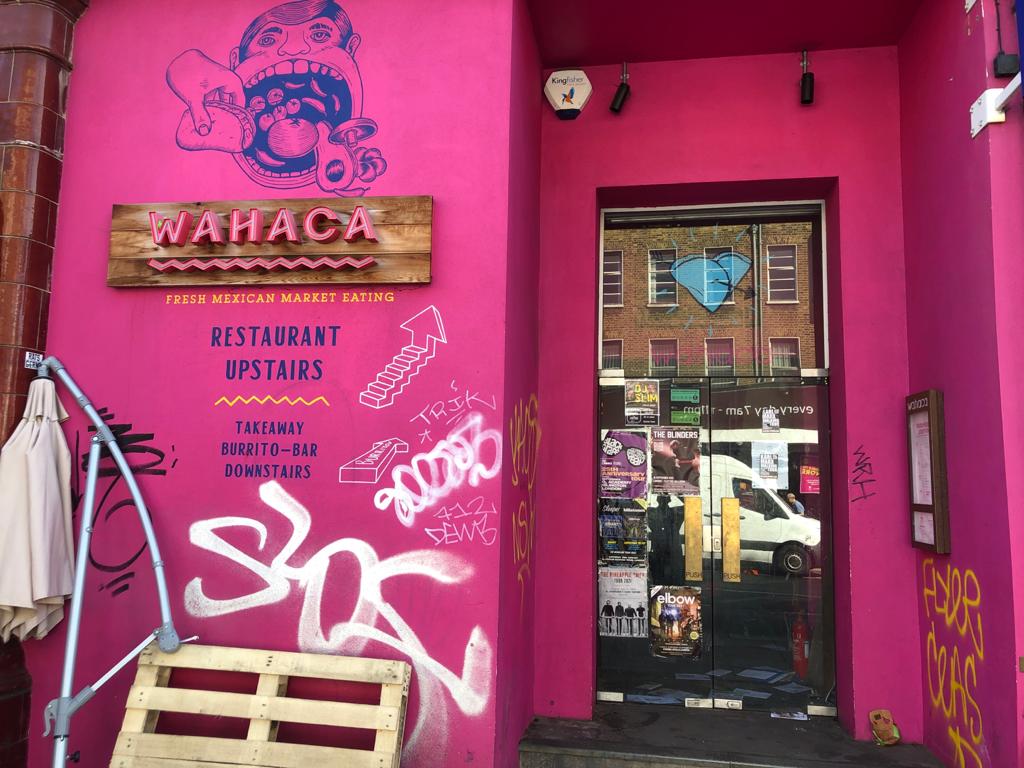 The closed Wahaca in Kentish Town has been tagged by vandals

THE award-winning Mexican street food joint Wahaca has confirmed it will not be re-opening its flagship Kentish Town restaurant.

The business opened above Kentish Town tube station to much fanfare in 2015 – but after shutting up shop because of the pandemic, owner, chef and food columnist Thomasina Myers has confirmed the NW5 branch is one of 10 that has not survived.

The confirmation that Wahaca has moved out of the first floor space, once home to iconic tee shirt printing firm Fifth Column, comes as a number of long standing Kentish Town businesses have shut.

In the parade opposite the tube, seven units currently lie empty in a short stretch. Last year, the trendy Mexican food firm announced it had used up cash reserves to pay suppliers and employees and was having to rethink how it did business.

Managing director Mark Selby said the firm had already faced rent increases of 70 per cent and business rates had risen by 40 per cent.

Mr Selby, who founded the chain with Ms Myers said: “Rents as a percentage of sales had already increased dramatically – which, coupled with the uncertainty of the post-lockdown trading environment, would make a number of sites untenable.”

A Wahaca spokesman told the New Journal no staff were made redundant and instead were transferred to other branches that are still trading.

Transport for London confirmed it was looking to let the unit again.

A spokesman said: “The unit above Kentish Town station is on our website and is being marketed to new tenants.”