Nketiah steals the show against Sunderland, while further goals from Nicolas Pepe and 18-year-old debutant Charlie Patino seal a 5-1 win 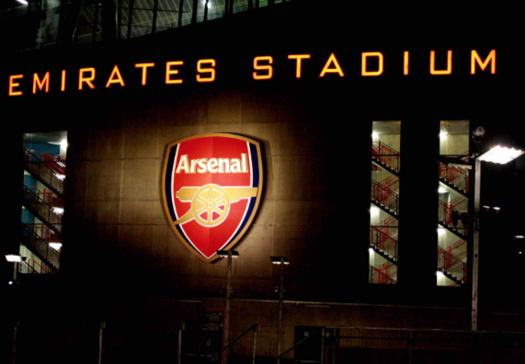 The young striker scored a timely treble as the Gunners thumped League One Sunderland at the Emirates Stadium. Nicolas Pepe and 18-year-old debutant Charlie Patino also found the back of the net in a commanding 5-1 victory.

Nketiah has now scored 10 goals in nine appearances in this competition. And his man-of-the-match performance against the Black Cats couldn’t have come at a better time with the powers that be at Arsenal currently trying to keep him at the club.

Nketiah, whose current contract expires in the summer, is rumoured to have already turned down an offer of a new deal in his search for more first-team football.

“This competition is the place I’ve been getting starts,” said Nketiah. “I’ll do my best whenever I’m asked to play.

“All I can do is keep working hard. It’ll sort itself out. I’m just eager to play football. That’s my main ambition. As long as I play for Arsenal I’ll give my all.”

With one eye on the Boxing Day trip to Norwich, Mikel Arteta made nine changes to his Arsenal side that beat Leeds at the weekend, with Ben White and Martin Odegaard the only players to keep their place.

However, even with all those changes the north Londoners were too strong for Sunderland. It took them 17 minutes to open the scoring when Nketiah bundled home from close range after Rob Holding’s powerful header was well-saved by Lee Burge.

Arsenal soon doubled their lead as Pepe played a one-two with Cedric Soares before taking a touch in the box and firing beyond Burge – the ball taking a kind deflection off Callum Doyle on the way into the back of the net.

Sunderland had bright spells, and pulled a goal back on the half-hour mark when a swift counter-attack saw Nathan Broadhead race onto Elliot Embleton’s pass before calmly dinking the ball over the onrushing Bernd Leno.

The visitors almost equalised minutes later when the impressive Alex Pritchard picked out the bottom corner, only to be denied by the Gunners’ forgotten goalie Leno.

It always felt like Arsenal were playing within themselves, and in the second half they upped the temp and Sunderland just couldn’t cope.

On 49 minutes Nuno Tavares whipped in a dangerous cross, and Nketiah pounced to poke home his second of the evening from six yards.

Then came the goal of the game. A sweeping team move resulted in Pepe receiving the ball out wide before nutmegging Denver Hume on the edge of the box and sending in a low cross for Nketiah, who finished things off with an exquisite backheel flick from eight yards.

Youngster Patino then came off the bench late on for his debut and to put the icing on the cake for the Gunners. In the first minute of stoppage time the midfielder latched onto Pepe’s cross and tucked the ball beyond the keeper.

After the final whistle Arteta again made it clear that he wants Nketiah to remain a Gooner, insisting that a new deal wasn’t yet out of reach.

“Eddie does what he does in training every day, he put the ball in the net,” said the Arsenal boss. “I think I’ve been very consistent with what I think about him, how much we like him and his contribution for us every time he plays is top.

“I want [him to stay], but he just wants more minutes. It’s difficult to go against that, but as a club and personally I really want him to stay here. That’s what we are trying to do, he’s our player and a really important part of the squad.”