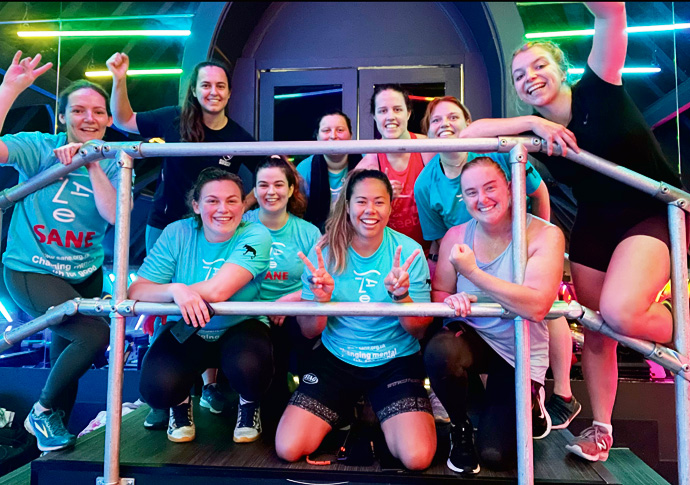 Some of the Hampstead Ladies RC players at the Engine Room in Camden for the club’s ‘rowathon’. Photos: Harriet Orrell

A BOUNCE in the number of women ready to give rugby a try this year has given Hampstead Ladies RFC a boost, according to veteran skipper Faye Hamp.

The 31-year-old fly-half says playing numbers have been on the rise since she joined the north London outfit in 2013.

Now, a combination of women wanting to get involved in sport since the pandemic and the high profile of women’s international rugby union has seen the roster grow to up to 60 regulars.

“It’s getting massive now,” said Hamp. “We’ve had really good recruitment this side of Covid. Hopefully it’ll be another push, with all the promotion and media attention that’s been on the England women’s team making it a bit more accessible.”

England, whose Tests are being broadcast on the BBC this autumn, overpowered Canada 51-12 on Sunday at Twickenham Stoop. If they beat the USA this Sunday they will equal the men’s all-time Test wins record, and Hamp believes the rise in coverage has changed the conversation around women’s rugby.

“With it being on mainstream TV, now it’s like, ‘Did you watch the game?’ Rather than not really knowing about it,” she said. “It’s been really good for us. 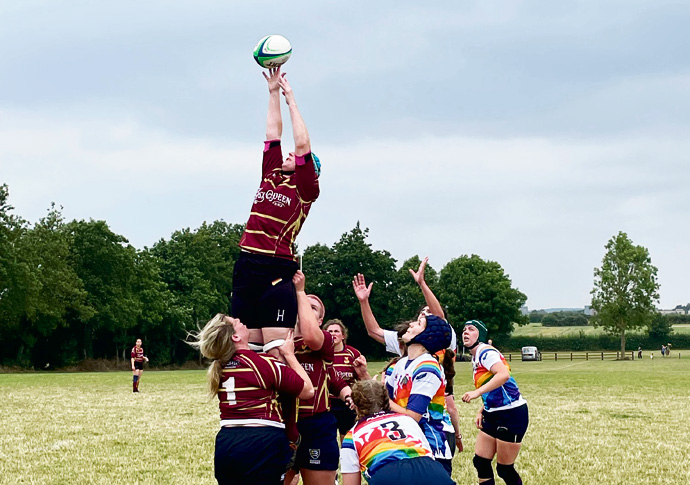 “Obviously women, compared to some of the men, they are smaller, but actually it’s the same game, they are still going at it just as fast and hard, and I think people are realising.”

The pandemic has also shone a spotlight on the importance of sport for good mental health.

“Mental health is being spoken about more,” added Hamp. “We want to encourage people and we’re there to help people with their mental health, that they’re getting outside, meeting new people, socialising, especially with Covid.

“SANE is a local charity that meant something to some of our players and we wanted to support that side of things.”

Currently mid-table in Division Two of the Women’s Championship South East, the next big challenge for Hampstead’s first XV will be at the end of the month when they travel to top-of-the-table Hammersmith and Fulham Ladies.

The second XV will look to get points on the board this weekend, when they host Kilburn Cosmos Ladies on Hampstead Heath extension in the Women’s NC 2 South East Central League.

• For information on how to follow Hampstead Ladies RFC or to join in with their twice-weekly training sessions at Parliament Hill athletics track, email hampsteadladies@gmail.com