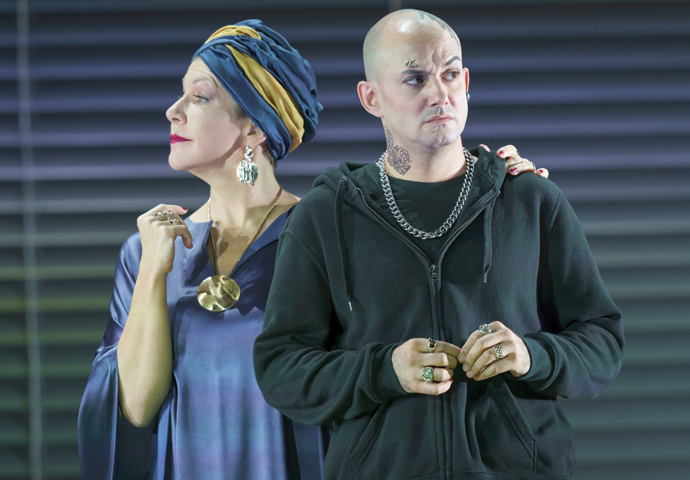 Handel’s early opera Agrippina is a tale of seriously bad behaviour among people jostling for power in ancient Rome – effectively I Claudius with music. But the intrigue and deceit unfold on such outrageous terms that it becomes a sort of comedy, as many of the Handel operas really are despite their moments of heroic grandeur, tragedy and pathos.

And the new production playing at the Royal Opera House, staged by Australian director Barrie Kosky, has a wild, neurotic humour that’s occasionally too close to slapstick but still funny.

Kosky is the man whose last job at the ROH had Carmen dressed in a gorilla suit. It wasn’t universally applauded, but I thought it was a joy: an antidote to the touristic frilly skirts and castanets that Bizet’s opera comes with by default.
And Agrippina goes down much the same route: not a toga to be seen.

But what you do see are a group of people whose relation­ships (invariably complicated) are presented clearly, cleverly and meaningfully. Kosky keeps you with the story, and there’s never a dull moment.

Nor is there a dull performance from a cast of serious distinction. In the title role of nightmare-mother plotting for her son to take the throne, Joyce DiDonato is spectacular, combining vocal fireworks with the sassy style of the best Broadway divas.

ranco Fagioli brings a joyful lunacy to Nero, the said son, and a sheer scale of voice few other countertenors in the world could match. And with arresting brilliance from the Age of Enlightenment Orchestra in the pit, the whole thing is a must-see/must-hear.