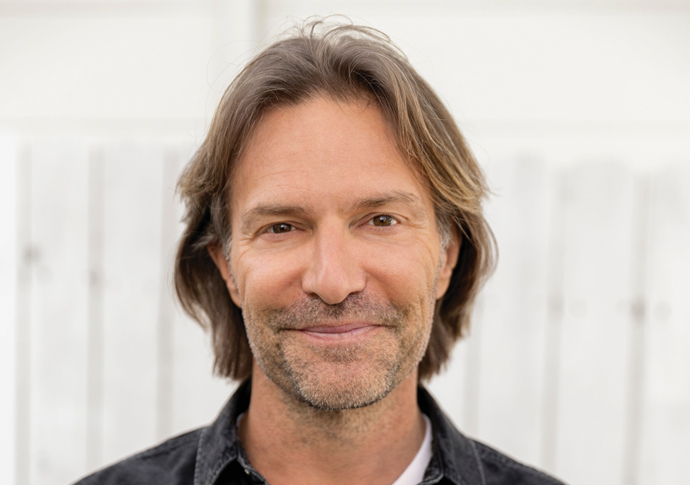 • FOR much of the past 18 months the sound of singing has been absent from our lives, with choirs and vocalists forced into silence by not always sensible or thought-through governmental rules. So this year, with the prospect of things getting easier (though who knows?), Kings Place concert halls are making up for lost time with an entire season focused on the human voice – in all its possibilities from German lieder and Renaissance madrigals to folks songs, gospel choirs and Tuvan throat ensembles. Called Voices Unwrapped, it runs for 12 months and kicks off next week with a concert on Jan 14 that features one of the world’s most glamorous figures on the choral circuit, the American composer/conductor Eric Whitacre. He’ll be directing the elite group Voces 8 in his own The Silent Veil: a substantial work that sets a text about love and death. In Whitacre’s own words, the title refers to an imagined “ribbon of energy” that divides those who live from those who don’t: a ribbon that gets noticeably thin in times of crisis. It’s a powerful and deeply moving piece. And the chance to hear it under Whitacre’s own direction is unmissable – which is why there’s a run on tickets and you’ll need to move fast to get one. But there are two performances, at 6.30pm and 9pm. And if you’re not lucky, there are plenty of other fascinating things in the Voices Unwrapped schedule, including an immersive sound installation running Jan 13-15 that explores the experience of people who lose the use of their voice. Details of everything at kingsplace.co.uk

• One of the superstar violinists of our time, the dazzling Maxim Vengerov has been an on/off presence on British concert platforms in recent years, at least as a recitalist. A mysterious arm injury forced him to take time out; and when not recuperating he developed an interest in conducting that took him in different directions. But he’s back in action at the Barbican on Jan 10, playing an all-round celebrity recital with the pianist Simon Trpceski. On the programme are Mozart, Prokofiev, Ravel… and Cesar Franck, a composer you’ll hear plenty more of in 2022 because it’s the 200th anniversary of his birth. Barbican.org.uk

• A prime candidate for the most successful Royal Opera House staging of the past 20 years, popular with critics and public alike, would be David McVicar’s elegant, intelligent but somehow still robust Marriage of Figaro, which has been going strong since 2006 and returns Jan 9 for a short run to the end of the month. The cast this time round isn’t so starry as it’s sometimes been before but remains credible. Antonio Pappano conducts. And if you wanted a sense of how it looks (or alternatively, wanted to watch the show in the Covid-free comfort of your own home), there’s a DVD that’s been available for some while on the Opus Arte label. Booking roh.org.uk

• I’ve never been a great fan of things like Beethoven symphonies transcribed for piano: in the days before recordings it might have been a useful means of access to the music, in the era of CDs and Spotify I don’t quite see the point. But Wagner thought it was the only way to comprehend the majesty of these works (or so he said) and poured praise on Franz Liszt’s keyboard transcriptions, which get a concentrated airing at Wigmore Hall Jan 7 and 8. A relay of pianists from the Queen Elizabeth Chapel in Brussels, led by the distinguished Louis Lortie, will play Symphonies 1, 7 & 3 (Fri) and 5 & 9 (Sat). If nothing else, it will be thunderous. wigmore-hall.org.uk