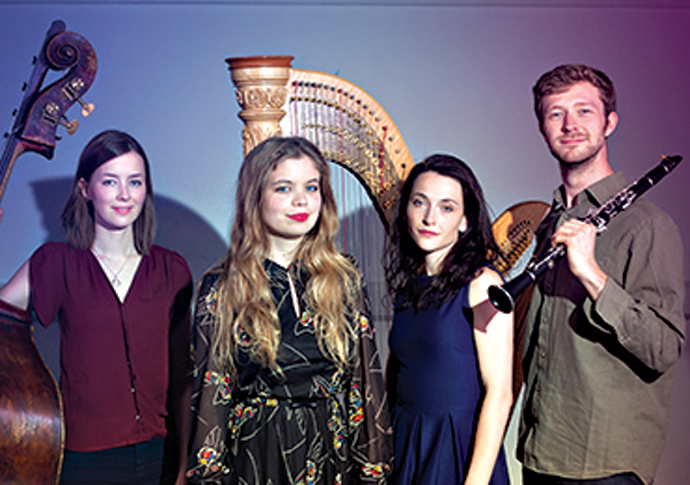 HERE’S a question for a pub quiz: what is the most frequently played piece of large-scale choral music? I’d have guessed Messiah but I’m told it’s actually the Verdi Requiem, which comes into its own around Remembrance Sunday (ie, this weekend) and gets an outing from Highgate Choral Society, 7pm, Nov 13, in the grand acoustic space that is All Hallows, Gospel Oak.

More operatic than devotional, the Verdi Requiem has blockbuster appeal and is the kind of good hard sing I guess the HCS will relish after all those months when choral singing was closed down by whim of government. Details & booking: hcschoir.com

But in the same church the next day, Nov 14, 10.45am, there’s a very different setting of the Mass for the Dead that I’d commend with even more enthusiasm: the consolingly beautiful Fauré Requiem. And what makes this special is that it’s not a concert but a liturgical performance, done in the religious context for which the music was written as part of All Hallows’ observance of Remembrance Sunday.

If you don’t know All Hallows, it’s a church that has worked hard to raise its musical profile since lockdown, with an impressive choir of young professionals, most of them ex-Oxbridge choral scholars, and one of the finest organs in north London – which, for this Fauré Requiem, will be played by Lincoln Cathedral’s Colin Walsh. It’s also one of the most spectacular churches in north London, designed as a cathedral though the plan was never completed. So take a look. Booking not required, just turn up. Savernake Road, NW3 2JP.

• There’s more Verdi next week when the Royal Opera revive their 2002 Phyllida Lloyd production of Macbeth on Nov 16. It’s a strong show with Simon Keenlyside in the title role and Anna Pirozzi scrubbing her hands as the scarily desperate Lady M. Runs to Nov 30, with a livestream on Nov 26. Details: roh.org.uk

• Expect less blood on the floor when the Hermes Experiment give a programme of all-female composers at Wigmore Hall on Mon 15 (wigmore-hall.org.uk). Don’t be put off by the group’s name, which sounds like a medical procedure but actually signifies an unorthodox ensemble of soprano, harp, clarinet and double bass doing uncommon repertoire in intriguing ways. They’re good: so good they won the Young Artist category at the Royal Philharmonic Society Awards last week. And if you missed those awards – a more than usually life-affirming event this year, celebrating the survival of music after all that’s hap­pened – there’s a freely accessible film of them on the RPS website: royalphilharmonicsociety.org.uk

• Talking of unorthodoxy, Nov 18 brings an account of Schubert’s song cycle Die Schone Mullerin on terms you won’t have seen before – with a life-sized puppet and somewhat rowdy instrumental ensemble Barokksolistene, who round it off with a medley of ale-house songs on the grounds, er… that Schubert liked a drink. How this works I don’t know, but it plays in the otherwise sober context of Middle Temple Hall, off Fleet Street. templemusic.org

• And for something less crazy but still unusual, also on Nov 18, pianist Charles Owen plays the Schumann Concerto with the Fidelio Orchestra under the baton of conductor/ restauranteur Raffaello Morales – which explains why you can feast as you follow. At St Andrews, Holborn. Details: fideliorchestra.org