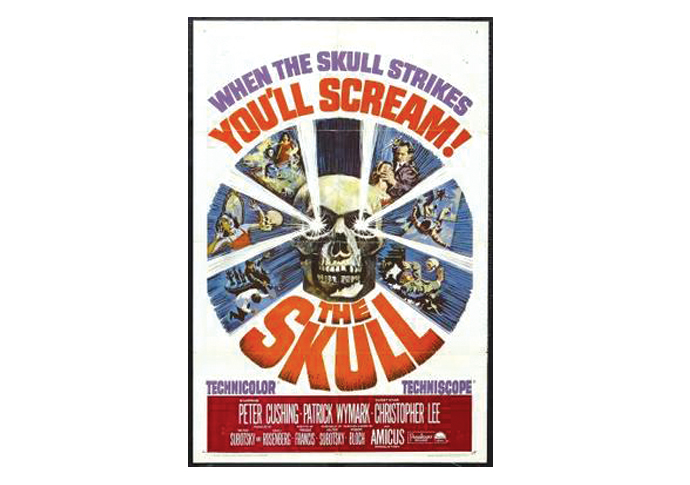 Elisabeth Lutyens’ score for the 1965 film features at the Proms

WHEN, in the 1930s, the composer William Walton wrote his deathless coronation music Crown Imperial, the fee was £42. At around the same time he composed the score for a commercial film, Escape Me Never: fee £350. And the arithmetic proved irresistible – not just to him, but to a lot of his professional contemporaries in Britain who were wary of abandoning their “serious” credentials for the cinema but couldn’t turn the money down.

Vaughan Williams, Walton, Britten, Malcolm Arnold and a host of others graced the studios; and the result was a mid-20th century golden age of film scores with examples like VW’s Scott of the Antarctic and Walton’s wartime Henry V that rank among the greatest music ever written for the screen.

Next week the Proms will celebrate that legacy with an Albert Hall concert, conducted by Bramwell Tovey, on Thursday, September 2, that surveys what these composers queued up to deliver. And it includes extracts from Escape Me Never, as well as music by Elisabeth Lutyens – an abrasive, hard-line modernist whose work wasn’t an obvious winner with cinema audiences but proved suitable for horror movies like The Skull. A score that turned into a classic of the genre and gets honourably featured on the programme.

Among other pending Proms, there’s more English music tomorrow, Friday, August 27, when the BBCSO play Walton’s Viola Concerto (soloist Timothy Ridout) and mark the centenary of Malcolm Arnold with his powerful 5th Symphony. Saturday 28 has Patricia Kopatchniskaja, a violinist for whom the word dynamic would be understatement, playing Bartok’s 2nd Concerto. And Tuesday 31 brings the Glyndebourne Opera up from Sussex, with a concert performance of Wagner’s mighty Tristan und Isolde – so mighty that it starts at 4pm in order to finish before the last tube.

As I said last week, ticket sales are clearly down this year with audiences still Covid-cautious, so there’s no problem getting into any of these things: and as the Albert Hall isn’t exactly a confined space, it ought to be safe. But if you don’t want the trek to South Kensington (where the tube station is still only part-functioning), every concert is broadcast live on Radio 3. Details: bbc.co.uk/proms

• When someone writes the history of how the arts world coped with the pandemic, English National Opera won’t get too much of a mention: its response has been pathetic by comparison with other companies which have shown more serious initiative and enterprise. But this weekend it offers some sign of emergence from inertia with two semi-staged performances of Tosca, on Friday 27 and Sunday 29. You have to get down to Crystal Palace to see them, at the open-air Bowl SE19. But it’s a strong cast, led by the rising (if not already risen) soprano Natalya Romaniw, and conducted by the admirable Richard Farnes. Might just be worth the journey. Details: eno.org

• Meanwhile, the exemplary Grimeborn Opera pushes ahead with its season at the Covid-adapted space of the Arcola Theatre, Dalston; and alongside performances of Handel’s Alcina that I recommended last week, there’s a new piece called Hopes & Fears that adapts music by Debussy to a story about people whose lives are turned upside down by cancer. Won’t be fun but might be inspirational. Details: arcolatheatre.com/grimeborn