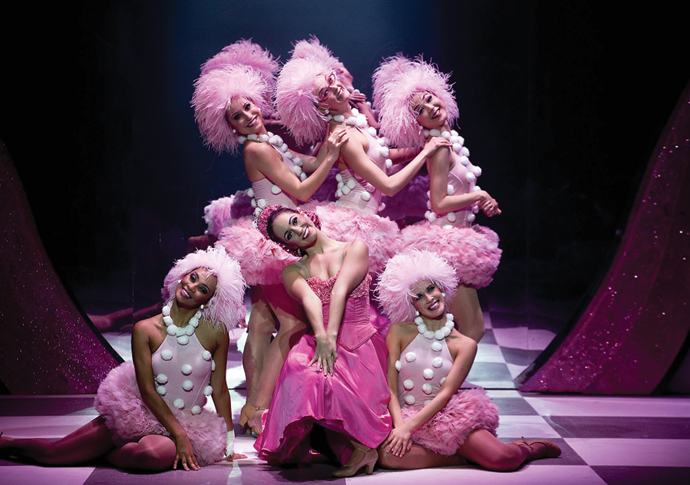 FOR those who hadn’t noticed, Christmas is upon us – and in music that means two things: wall-to-wall Messiahs and Nutcrackers. The poor old Nutcracker has been a target for diversity campaigners on the grounds that its “exotic” dances reinforce racial stereotypes; but Tchaikovsky’s deathless ballet remains deathless in London with three rival stagings running head to head – one from the Royal Ballet at the Royal Opera House (to Jan 8, roh.org.uk), another from English National Ballet at the London Coliseum (also to Jan 8, londoncoliseum.org), and a third at Sadlers Wells (to Jan 30, sadlerswells.com). And if all that doesn’t crack enough nuts for you, there’s one more just after Christmas at the Albert Hall (December 28-31, www.royalalberthall.com/tickets/)
Of the four, I’d choose the Wells because it’s a Matthew Bourne show that, as its advertising says, “reimagines” the piece for the 21st century: in other words it’s edgy, irreverent and camp – though still delightful. If you want traditional, go for the Royal Ballet who stick to Peter Wright’s classic choreography and do it with style.
As for Messiahs, they’re piling in with a vengeance as choirs of every size are only too pleased to be back in business after the enforced silence of Covid. Next week alone has one on slimline period-performance terms from the Hanover Band at Kings Place (Dec 13, kingsplace.co.uk), another the same night at the Temple Church (temple­music.org), and a sprawling account from the Royal Philharmonic Orchestra on Dec 15 at the Albert Hall. Be prepared to stand up for the Hallelujah Chorus as required (www.royalalberthall.com/tickets/).

• As pianists go, Lang Lang is a divisive figure. Undeniably he has charisma, huge communicative power and a formidable technique, but all this comes with an approach to playing that’s too roller-coaster for some tastes. So when he brings Bach’s Goldberg Variations to the Barbican on Dec 10 it won’t be for everyone, although his recent recording suggests that he does take a considered approach to the piece. If nothing else, it’s an event: barbican.org.uk

• More wholeheartedly I’d recommend the German baritone Christian Gerhaher singing Brahms at Wigmore Hall on Dec 12 & Dec 14 (wigmore-hall.org.uk). Nobody does it better. And something else to note at the Wigmore is a recital by cellist Steven Isserlis to mark the centenary (to the day, Dec 16) of the death of Saint-Saëns. If the only thing you know about Saint-Saens is his Carnival of the Animals, there’s plenty to learn. Which is why his death was followed by a French state funeral of a grandeur no composer could hope for now. Not even Andrew Lloyd Webber.

• Finally, and back to Yuletide, it’s a relief to see the annual Christmas Festival at St John’s Smith Square back after a much-missed absence last year. Platforming some of the finest choral groups in Britain, it starts Dec 14 with Christ Church, Oxford. Dec 15 has the bright, new London Choral Sinfonia singing Vaughan Williams’ Fantasia on Christmas Carols. Dec 16 brings the wonderful Ex Cathedra down from Birmingham. Dec 17 it’s the superb mixed-voice choir of Clare College Cambridge under Graham Ross. And so it goes on, night after night through to Dec 23 (when Polyphony sing, er, another Messiah – probably the best of the season). There’s nothing else like this in London, and no more atmospheric venue to visit on a cold, pre-Christmas winter’s evening: sjss.org.uk