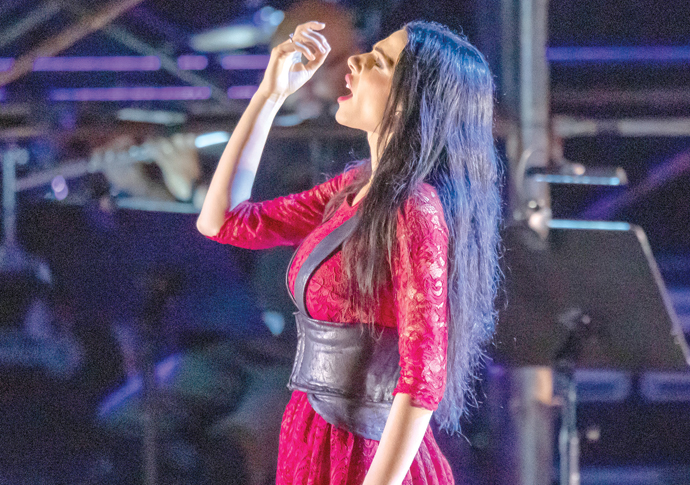 CHRISTMAS to New Year is traditionally a time when singers rest their voices, instrumentalists their fingers, and there’s not much happening on the music circuit. But perhaps because they’ve had enough of resting through the Covid crisis, it’s noticeable that there’s more happening – or at least, scheduled to happen – through the coming days than usual.

Wigmore Hall makes a prompt post-Christmas start on Dec 27 with the phenomenal young Asian-American pianist Kit Armstrong playing a curious programme that pairs two composers who appear to have nothing in common: the arch-Romantic Liszt and the English Renaissance keyboard maestro John Bull. But maybe that’s the point: it’s a celebration of difference.

Also at the Wigmore next week are the ruggedly incisive Heath Quartet playing Haydn, Beethoven and music by the high-profile contemporary Scottish composer Helen Grime (Dec 28), and the virtuosic choral group Siglo de Oro singing Palestrina (Dec 31). These being, yet again, uncertain times beset by cancellations, check the website before going: wigmore-hall.org.uk

And if you’re taking the safe option of staying home on New Year’s Eve, the era of free, online opera (which we all relied on during the past lockdowns) is back – with a recommendable new series of free-access operas from an association of opera houses in the Emilia Romagna region of Italy. It’s the region where Verdi was based for much of his life, with thriving theatres in Parma, Modena, Ferrara and Bologna. And something not to be missed if, like me, you’re a fan of the Argentine composer Astor Piazzolla, is a production of his Mariá de Buenos Aires: an alluring, mystifying work of genius that’s the best example I’ve encountered of what South Americans call tango-opera.

The Maria of the title represents the spirit of Buenos Aires in repressive times. That she’s a sort of cross between the Virgin Mary and a prostitute gives you an idea of the nature of piece: it’s visionary, in some ways spiritual, but also earthy, sexy, dangerous, with the seductive rhythmic lurch of Piazzolla’s tango nuevo permeating almost every bar – including a bizarrely clever instrumental passage that creates a tango-fugue. It offers heady, powerful entertainment.

And this new production from the Teatro Comunale Ferrara can be accessed on YouTube, or via https://operastreaming.com

Also available, free, from the same house and on the same operastreaming website from Dec 30 is an opera you’re unlikely to have ever seen before, Vivaldi’s Il Farnace. The plot is a typically complicated baroque tangle of domestic strife among power-crazed people, but the music is Vivaldi so not to be sniffed at.

And finally, if you’ve had enough online opera over the past 18 months, there is a scheduled performance at Covent Garden on Dec 28 of the vaguely biblical piece I previewed last week, Verdi’s Nabucco – in a stark but effective staging that then takes a break until mid-January. Not the most cheerful holiday-season rep, but it does have a happy ending. Just. www.roh.org.uk