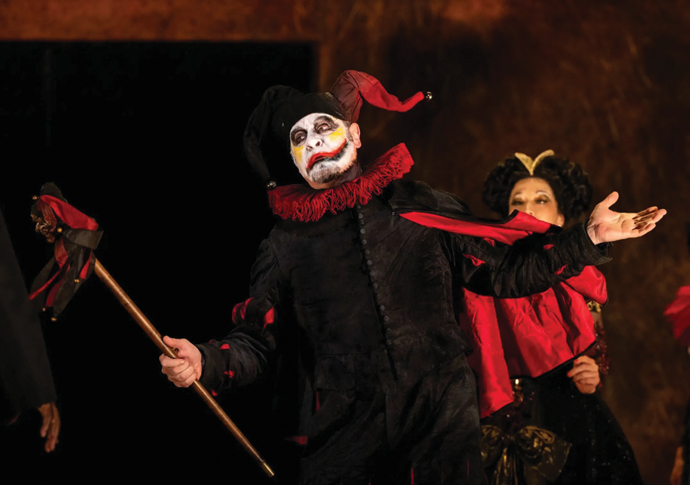 MUSIC seasons run like academic ones, autumn to autumn, and the new start always generates a small thrill of excitement. This year, though, the thrill is sizeable. To see the venues back in business after 18 months of almost nothing is exhilarating: there’s a sense of resurrected life and hope. And with it comes a flourish of fresh ventures – including a new period-performance band that makes its debut this Friday.

Called Figure, it launches with a Bach St John Passion in what is maybe the most atmospheric of all London churches, St Bartholomew-the-Great, Smithfield. But it’s actually a project that came out of Camden, set up by the young conductor Frederick Waxman who is based off Gloucester Crescent, went to University College School, and can be found on Sunday mornings in the organ loft at Hampstead Baptist Church. Where he has also been rehearsing for this Passion.

Waxman is a name with musical significance: Franz Waxman was a celebrated German Jewish émigré to Hollywood who wrote the scores for movies like Rear Window, Sunset Boulevard and Philadelphia Story. Frederick claims family connections and admires his namesake’s work, though it’s another world to Bach. But then, his interests are wide, from Monteverdi through to modern jazz and rock bands (he plays keyboards in all three). And as an Oxford student he didn’t read music at all but cognitive neuroscience: a discipline that no doubt comes in useful when he deals with singers (a notoriously neuro-complex breed).

Waxman’s singers for his Passion are impressive, led by rising stars like the soprano Rowan Pierce and tenor Richard Robbins. His chorus of 18 is something like the size Bach would have used. And needless to say, his instrumentalists play on gut strings. It’s what used to be called “authentic” before that word got discredited as presumptuous. Starts 7pm. Booking: figureensemble.co.uk

• You might want to take a camp-bed and provisions to the Wigmore Hall on Saturday because there are events in both the afternoon and evening that are must-see – starting with a quirkily staged version of a famous set of songs: the brilliant, jewel-like slices of life and love that fill Hugo Wolf’s Italian Lieder-book. They’ve been reworked into a story, sung in English by five leading singers who include Roderick Williams and (straight from her John Passion the previous night: hope she got some sleep) Rowan Pierce.

Later on, things get more serious with Francesco Piemontesi, one of the world’s finest Schubert pianists, playing – well, er, Schubert. And believe me, this is something not to miss. Details: wigmore-hall.org.uk

• Stealing a march on English National Opera, which doesn’t get going until mid-October, the Royal Opera’s Covent Garden’s season opened this week with a new Rigoletto. A good one. Directed by Oliver Mears who runs the company but has had a long wait to actually stage anything, it’s stylised in a way that undersells the blistering emotional intensity of Verdi’s storytelling. But its darkly burnished sets and timeless costumes look good. And the singing is impressive – not least from Cuban-American soprano Lisette Oropesa who brings energy, dimension and excitement to the role of Gilda.

With magnificently rich sound from the orchestra under Antonio Pappano, this is a show worth seeing. The run continues to Sept 29. And playing alongside it is David McVicar’s truly magical Magic Flute, through to Oct 7. Details: roh.org.uk