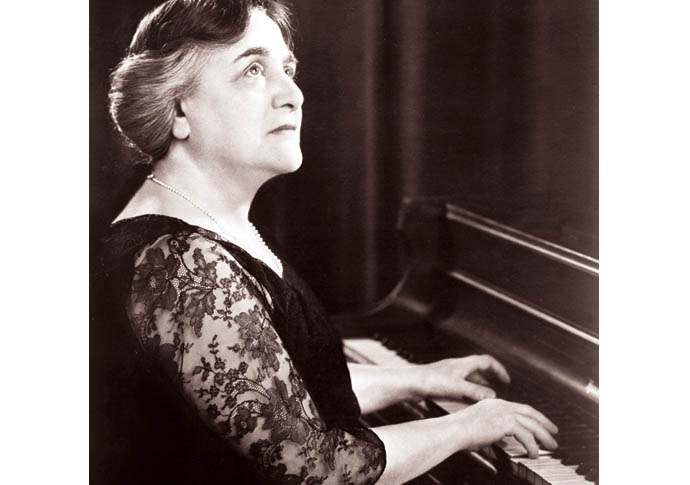 NOT many of us would have had the guts to play on as the air-raid sirens clamoured, but Dame Myra Hess did – and by all accounts her audience usually stayed put and listened. Through the Blitz of the Second World War, the legendary pianist organised more than 1,000 lunchtime concerts at the National Gallery (whose pictures had been taken off to safety in a coal mine), playing in a lot of them herself. It was a classically morale-boosting endeavour to which half of London, from the Queen down, flocked. And it has been remembered ever since – not least with a new concert series from the Nash Ensemble that will recreate a number of those concerts (happily without assistance from the Luftwaffe) during the coming months.

The series starts October 16 at Wigmore Hall with a 7pm programme of Mozart, Brahms and Dvorak that you could have heard, sirens allowing, in the autumn of 1940. A film of the original events will play downstairs in the Hall’s Bechstein Room (a touch ironical given that German name, but then we’re all friends now, aren’t we?). And the project continues at intervals through November and December to next March.

Myra Hess was a north London native, born South Hampstead, settling in Hampstead Garden Suburb (where you’ll find a plaque to her in Wildwood Road). But her achievements made her a celebrity in world terms. As she said, it’s “up to every human being to try and contribute to the future decency and sanity of mankind”. And she more than played her part. Full details: wigmore-hall.org.uk

• Someone else to celebrate right now is Sir Malcolm Arnold, whose sanity turned out to be fragile but whose legacy will be everywhere next week which marks the centenary of his birth. One of the most popular British composers of the 20th century, Arnold suffered mental breakdowns and at one time, while living in Belsize Park, was sectioned in a secure unit at the Royal Free – from which he escaped and was later found running round the streets of NW3 in his pyjamas.

It’s a tragic tale but a compelling one given his extraordinary output of work, which ranges from film scores like Bridge on the River Kwai to a set of nine, sweepingly lyrical but often dark and troubling symphonies. And if you want to know more, this is the moment.

He’s Composer of the Week on Radio 3 next week, with various other broadcast tributes running. And this weekend, October 16-17, there’s a Malcolm Arnold Festival running out of Northampton where he ended up – though don’t try to go there because the events will happen online rather than with a live audience. Expect concerts, talks, discussions – all accessible entirely free of charge at malcolmarnoldfestival.com It promises to be a big deal.

• Conway Hall in Holborn will be doing some looking back of its own this Sunday – to the person of Alfred Clements who founded its famous series of Sunday concerts back in 1887. Clements also set up a prize for new compositions which flourished in the early 20th century before falling through the cracks of time. But it’s now re-established. And this Sunday at 6.30pm the Piatti Quartet will play the final entries, in a concert that also gives you Joseph Phibbs’ successfully established Quartet No.1 while the judges deliberate offstage. An opportunity to hear some fresh new talents at the start of their careers. Details: conwayhall.org.uk