Abdirahman Ibrahim, 20, will be sentenced next month 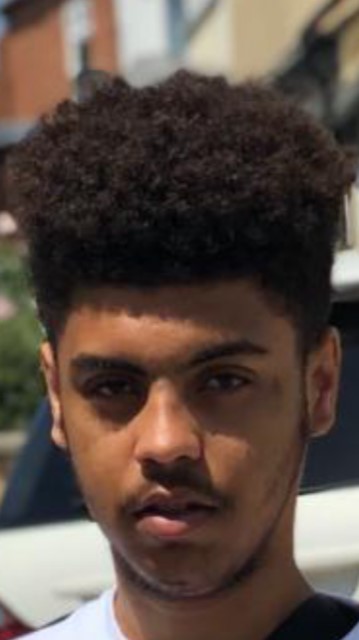 A THIRD man has been convicted of the murder of 16-year-old Alex Smith who was stabbed to death in Camden in 2019.

The trial heard how Alex, who grew up near Holloway Road, died on a doorstep on the Regent’s Park estate on August 12 2019 at around 11pm after being chased down and attacked by three members of the rival Agar Grove gang.

Ibrahim was one of six gang members who had been driving around the Fitzrovia and Euston Road area on that night looking for rivals to attack as part of an ongoing feud.

They were in two stolen cars, a Ford Fiesta and a Seat Leon, both on false plates.

Just after 10.30pm, Alex and some friends left a restaurant onto Bolsover Street. It is believed they saw the rival gang and ran to an estate on the north side of Euston Road where they took refuge for a period of time.

Then the two cars pulled up in Longford Street, three men got out of the cars and ran into a block of flats looking while Ibrahim stayed in the car.

Alex and his friends were spotted by the other occupants of the car and Alex was chased by three of them to Munster Square, just north of Euston Road, where he was stabbed to death.

The six then made off in the two cars, leaving Alex for dead.

Emergency services were called, but despite the best efforts of police officers, London Ambulance Service and London’s Air Ambulance, Alex was pronounced dead at the scene just after 11.30pm.

A post-mortem examination on August 15 that year at St Pancras Mortuary recorded that Alex had been stabbed at least twice, one of which was the fatal stab wound to his chest.

Detective Inspector Jamie Stevenson, who led the investigation, said: “Alex was targeted by a rival gang which Ibrahim was part of. The six gang members acted together to chase down Alex with fatal consequences.

“All of those who were present in those two vehicles, regardless of whether they got out and chased on foot or remained in the cars were party to his murder.”

The three males who carried out the actual attack on Alex and the driver of the Fiesta fled the country within days of the incident.

Two men have previously been jailed for their part in Alex’s murder.

Ibrahim will be sentenced on April 30.