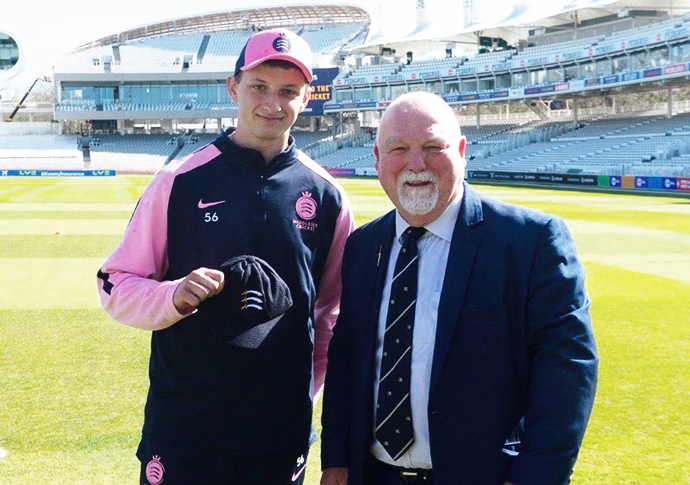 FIST clenched in celebration, Luke Hollman couldn’t hide his delight as he realised a dream that he has had since he was just six years old.

The highly rated leg-­spinner has already been recognised as an exciting prospect on the international cricket scene having represented England at the ICC Under-19s World Cup in 2018.

It was an understandably “proud moment” for the former Acland Burghley schoolboy.

But there was still something missing – a moment waiting to happen that would propel Hollman to new, even greater heights.
On Thursday that moment arrived when the 20-year-old made his first-class debut for boyhood club Middlesex.

And what better way to mark such an occasion than by taking a wicket against London rivals at the home of cricket.

“It was fantastic. I couldn’t have asked for a bigger game or a bigger experience than playing at Lord’s against Surrey in a London derby,” said ­Hollman after day one of the scheduled four-day encounter in the LV= County Championship.

“Everyone has been so supportive: the coaching staff, people back home, my family, and obviously all of the players as well. I’m chuffed to bits.” 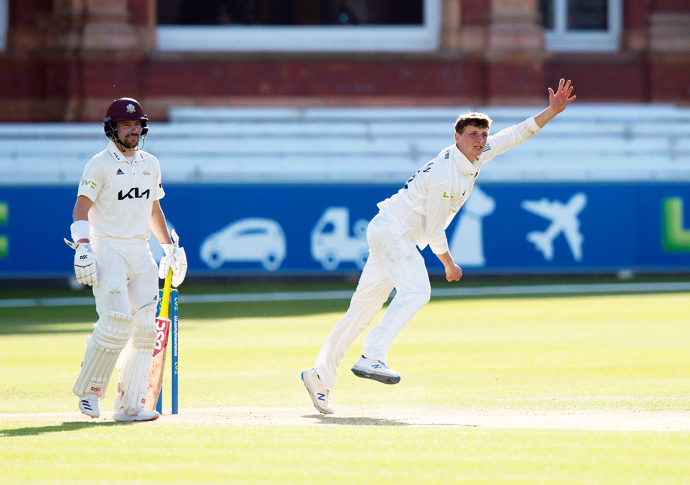 The Nursery End was eerily quiet, with fans still yet to be allowed back into sporting stadiums across the country bar a few pilot test events. Had supporters been allowed in, you can only imagine the roar that would have greeted Hollman when, after just eight deliveries, he dismissed West Indies’ Kemar Roach, who has joined Surrey for their first seven County Championship fixtures.

“It was something that I have been dreaming about for a long time,” Hollman added. “I remember watching Championship games here when I was younger, and the first-team. To do it myself, you couldn’t make it up. I’m stoked.

“I was fortunate enough to get a couple of overs. I took the wicket, which I wasn’t quite expecting, but I was very happy.”

Middlesex went on to beat Surrey by 10 wickets inside three days, registering their first victory of new county season.

Among the supporters watching back at home in Tufnell Park was Luke’s father Peter, who spoke of his “great pride” at seeing a boy, who used to race to Whittington Park in Holloway to practise his bowling, earn a debut first-class wicket.

“It was really exciting,” he said. “I couldn’t be more pleased and delighted for Luke. The very first ball he bowled looked close to an lbw, but he didn’t get the decision.

“But thankfully, as it turned out, he didn’t have to wait for long. It’s just amazing, I’m so proud.

“The only thing missing was the crowd, but Luke told me that when the fans are allowed back in it will feel like making his debut all over again!”