London Song Festival is set to be a riot 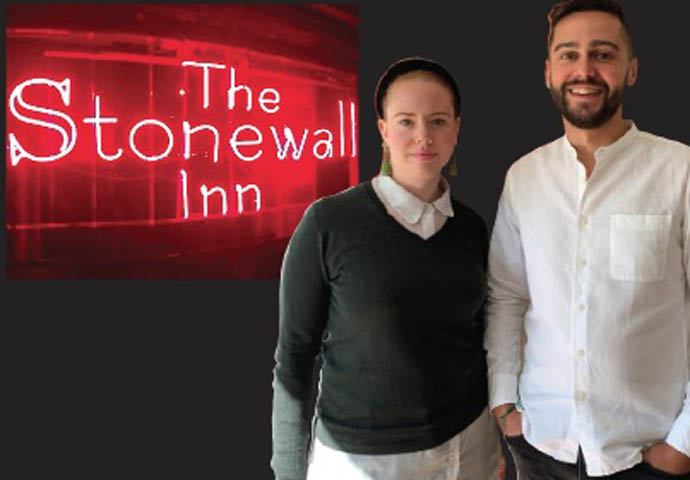 If you ever thought that song recitals celebrated the conventional and mainstream, think again – or at least take a look at the 2019 London Song Festival which starts next week and gives a generously broad embrace to otherness. Or as the festival’s declared theme says, “Outsiders”.

In the course of nine recitals, mostly at Hinde Street Methodist Church near Oxford Circus tube, there will be songs by writers and composers who in some way, shape or form have functioned at a distance from the comfortably accepted.

October 31 is devoted to exiles from Nazi Germany. November 7 explores music and autism. November 14 is given over entirely to that arch-outsider figure Hector Berlioz. And on October 25 it’s Australian composers – though whether Australians are happy to be thought of as outsiders is another matter.

But upfront are two evenings that relate to gay and lesbian creative genius.

Thursday October 24 has settings of Walt Whitman – arguably the greatest of American poets whose ecstatically charged man-on-man verse wasn’t widely recognised as such when it was set to music by the likes of Hindemith, Vaughan Williams, Charles Ives and Frank Bridge.

And next Thursday, October 17, the festival opens with a programme called The Outsiders Fight Back, commemorating the 50th anniversary of the Stonewall Riots in 1969 when police raided Manhattan’s Stonewall gay bar as part of a routine harassment exercise and got more than they bargained for.

It’s centrepiece, says festival director and accompanist Nigel Foster, is a specially commissioned song cycle by the America composer Ben Moore, who has collaborated for the project with Pulitzer Prize-winning writer Mark Campbell.

“Mark actually wrote an opera about Stonewall that New York City Opera did not long ago. But for our cycle, which he calls And Another Song Comes On, he’s written a set of texts referencing songs that played on the Stonewall Inn jukebox at the time of the riots. Songs by Elvis, Dusty Springfield, Shirley Bassey, and – perhaps strangely – Henry Mancini.”

“That must have been for slow, smoochy dancing in the early hours,” says baritone Felix Kemp who, along with mezzo Lotte Betts-Dean, will premiere the new songs. “Not that they obviously quote the music of Mancini, Springfield or whoever – it’s more oblique than that. And sometimes rather wild.

“I’ve been thinking about what I should wear for it, because white tie and tails wouldn’t work. There’s an outrageous pink and green suit I wore when I was singing in La Calisto at Longborough Opera in the summer, and that’s more the thing, if I can borrow it from Longborough’s wardrobe.”

When he isn’t dressed in pink and green, Kemp has a serious career as a rising talent on the British vocal circuit. Next year brings his Covent Garden debut. Later this month he’s off to Israel for performances of Mozart’s Requiem. He’s in the Oxford Liederfest in November. And he’s on a new recording of music by Ethel Smyth that issues in a few weeks’ time.

Whether the atmosphere the song cycle demands will quite be met by Hinde Street Methodist Church remains to be seen. But Foster is considering lighting effects (he needs a glitter ball).

And the songs will be intercut with video installations, readings and a guest appearance by none other than Peter Tatchell, the inspirational champion of gay rights now approaching legendary status.

Will he sing too? “No,” says Kemp. “At least, there are no plans. But he might just join in with something we’ve scheduled as a grand finale to the pro­gramme: Gerry Herman’s death­less I Am What I Am from La Cage aux Folles. We thought it would send the audience home happy.”