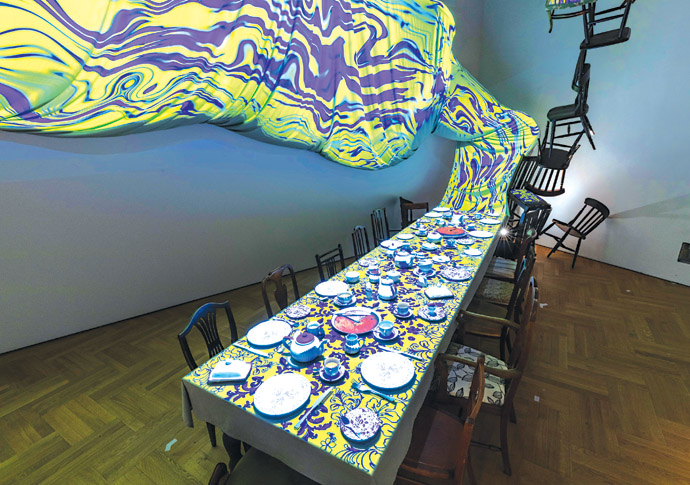 YEARS ago, when I was meant to be a student but preferred fresh air to libraries, I used to visit Binsey on the far outskirts of Oxford, where there was a churchyard with an ancient well. It was supposedly a holy well with healing properties, although the green slime on its surface didn’t look medicinal. But more than this, it had a place in literary history – as the model for the treacle well discussed at the Mad Hatter’s tea-party, one of the famous episodes in Lewis Carroll’s Alice stories.

There was apparently some arcane language-link in medieval English between medicine and treacle that explained the connection – which would be beyond most of us, though not someone like Carroll whose erudition was pitched way above the level of the children he was writing for, with an appeal to adults that’s as strong today as in the 1860/70s when the stories published.

Neither Alice in Wonderland nor Through the Looking Glass has ever been out of print in 150 years.

You can read them in 170 languages (including Swahili). They’ve been adapted into stage plays, feature films, operas and ballets.

Their characters and plotlines have been plundered for political campaigns, high-fashion statements, and TV commercials.

And they’re now the basis for an exhibition at the V&A called Curiouser and Curiouser – which is what Alice says when she eats the cake that makes her grow too tall to get into the crazy garden.

It’s not good English but, as Carroll tells you, that’s what happens when you’re startled by the sudden spouting of a six-foot neck: your grammar goes.

And it’s one of many wry asides that betray his background as an Oxford don – who taught mathematics at Christ Church but was also interested in science, photography, religion, art… the very paragon of a Victorian polymath, and someone whose default mode was instruction.

But that said, the Alice books are too surreal to be high-minded. They poke fun at rules, right thinking and correct behaviour. They play games with logic and bend time – something that any Christ Church academic would have known about, because official college time there was (and still remains) five minutes behind everybody else in Britain.

And of course, as everybody knows, the books grew out of stories Carroll casually invented to amuse a group of children on idyllic Oxford afternoons when he would take them out on boating trips.

They were the children of the Dean of Christ Church. And to one in particular, Alice Liddell, he was clearly very attracted – in ways that would give cause for concern today, although it didn’t seem too much of a problem in Victorian circles.

What was going in Carroll’s mind remains unknown, but he photographed young Alice in assorted states of undress and apparently had plans to marry her – to the horror of the Dean’s wife who had visions of a somewhat grander pairing for her daughter with a member of the royal family. 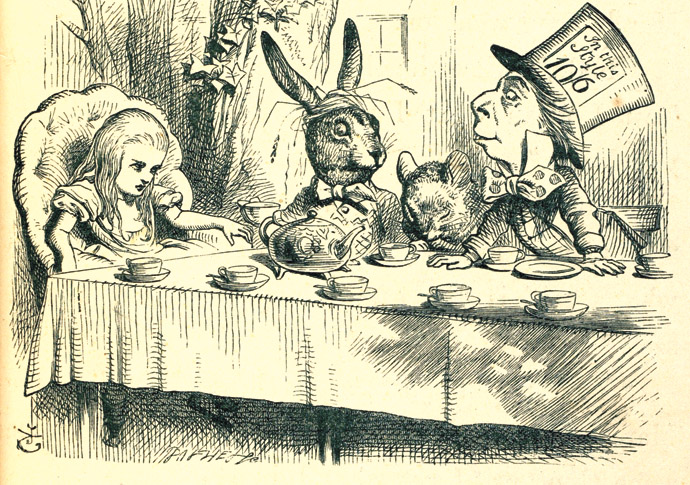 (As things turned out, Alice eventually wed a wealthy sportsman and settled into the comfortable but dull existence of a bourgeois housewife, haunted to the end of her days by the fictional character she inspired).

The V&A exhibition doesn’t venture into the potentially dark underside of Carroll’s motives, though there’s plenty to explore; nor does it dig deep into the real-life events and places that inspired his imagination, which is disappointing. There’s certainly nothing about the holy well at Binsey (and be sure, I looked).

Instead, the emphasis is entertainment – some of it bizarrely marginal (including an all too exquisite reinvention of the menu for Hatter’s tea-party by Heston Blumenthal) but fun, and a delight for children.

I especially enjoyed the VR headsets that, disturbingly, propel you down the rabbit-hole and offer you the chance to whack a rolled-up hedgehog through a croquet hoop (presumably the RSPCA have been informed).

There’s also an engaging demonstration of how Alice’s appearance has adapted over time – from the original book engravings by John Tenniel (black and white) through to the 1950s Disney film (where she acquires her now-iconic blue dress) and Tim Burton’s 2010 reinvention (with wardrobe on the glam-rock spectrum).

As she tells the caterpillar: “It’s no use going back to yesterday, because I was a different person then.” And so it always is with characters from books who enter the collective psyche.

• Alice: Curiouser and Curiouser runs at the Victoria & Albert Museum to the end of the year, Wed-Sun, 10am-5pm. Tickets £20, members and children under 12 go free. Booking essential. www.vam.ac.uk/exhibitions/alice-curiouser-and-curiouser