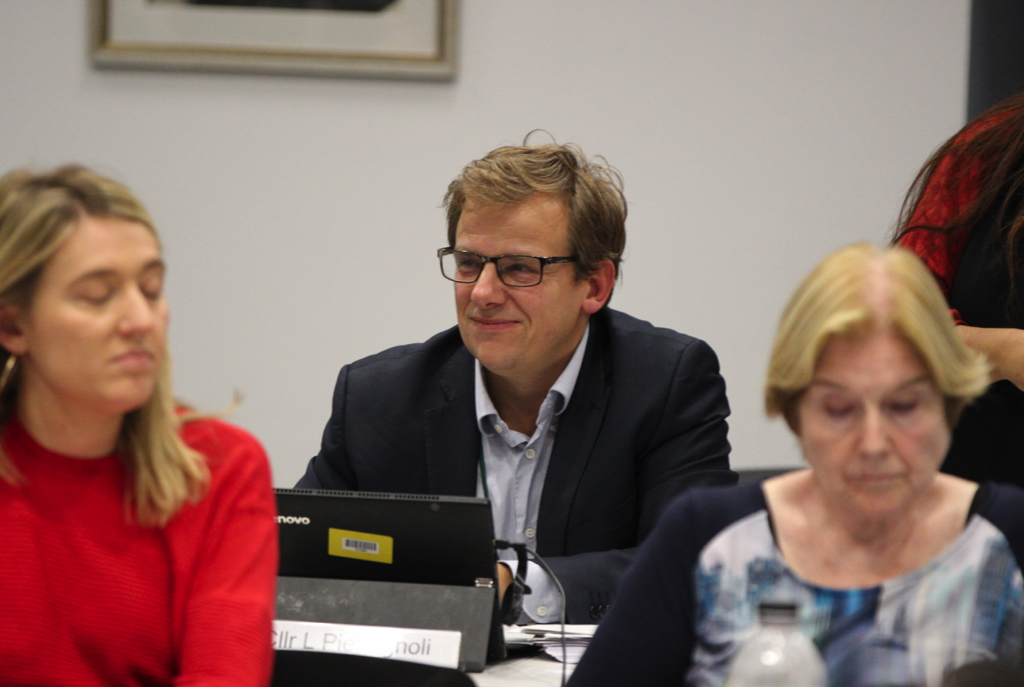 THE former mayor of Camden Lazzaro Pietragnoli has this morning (Monday) resigned from the council – five days after admitting that he was behind a secret social media account which attacked his colleagues.

The New Journal reported last week how Cllr Pietragnoli had stepped down from his role as the party’s chief whip in charge of enforcing discipline in the group.

But today he told council leader Georgia Gould and Labour councillors that the “best way forward for all those concerned is for me to step down from the council.”

His resignation email said: “I would like to apologise to everyone in the Labour group for the upset I have caused. I made a serious mistake at a difficult time in my life and I am wholeheartedly sorry that I caused distress and offence. There are no excuses for my actions, and I am deeply sorry to my colleagues, constituents, and anyone this has impacted.”

In the days since his admission, it is understood that some Labour councillors had asked what the leadership was doing to respond to the shock revelations and that the issue had come up during conversations on the doorstep during weekend election canvassing. Campaigners involved in the Primrose Hill gates debate had also raised questions over whether Cllr Pietragnoli had been steering the agenda with comments made via his secret Twitter account – the now deleted @PHillmum.

Using this feed, in which he posed as a mother-of-three living in social housing, Cllr Pietragnoli posted glowing tweets about himself, criticised former Labour social services chief Sally Gimson, attacked Jeremy Corbyn as “shit”, called another former mayor, Maryam Eslamdoust, a “scumbag”, and promoted the idea of voting Green while Mr Corbyn led the party.

He also harangued Cllr Gould and others, still incognito, for not doing more to react to Thomas Gardiner’s role in the Labour Party’s complaints department while anti-semitism cases were being dealt with.

Cllr Gould had initially reacted last Thursday by reminding all Labour councillors of their responsibilities as elected members and announcing that social media training would be booked in for the group. This did not quell the anger among some councillors who felt they could not line up alongside Cllr Pietragnoli in the council chamber. As chief whip, he had often criticised anonymous briefings to the press.

When the New Journal first asked Cllr Pietragnoli whether he knew who was running the account 12 days ago, he said he had an idea but could not say for sure – but would pass on a message. Later, he said we should “use our intelligence” to understand that it was probably somebody working for the council who needed to shield their identity due to their  jobs.

Pressed again after it was discovered that his email account appeared to be linked to @PHillmum, he falsely told the newspaper that his wife had set up the feed. The New Journal has made clear that this was wholly incorrect and his wife has nothing to do with the account.

Then last Wednesday, he resigned his role as chief whip and apologised, admitting it was him all along.

He referred himself to the Standards Board at the Town Hall and the Borough Solicitor, Andrew Maughan, had begun considerations over what course a possible investigation would take. It is understood that he received at least three further complaints relating to the case beyond Cllr Pietragnoli’s self-referral.

In his email, Cllr Pietragnoli said it had been an “honour” to serve as a councillor for Camden Town with Primrose Hill ward and listed what he saw as the Labour group’s achievements and said he had worked to “guarantee the best possible local services for our residents, despite massive national government cuts”.

The story had come as a shock to many councillors who had struggled to believe what had unfolded. All members were due to come together later today (Monday) for a full council meeting and a vital debate on violence against women and girls.

It is unclear what will happen now to Mr Maughan’s investigation or whether the Labour Party will take action. It is against the rules to promote another party and the @PHillmum had declared it was voting Green. Councillors who have struggled with the re-selection process to return as candidates may also raise a challenge to any input Cllr Pietragnoli had in the process or the content of any performance reports. 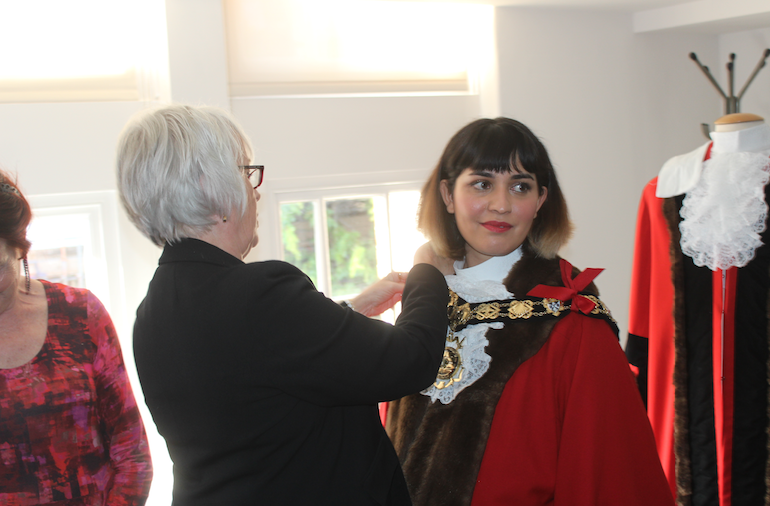 Maryam Eslamdoust during her time as the Mayor of Camden

Cllr Eslamdoust said: “I’m honestly horrified to discover that a prolonged campaign was instigated by my own group’s chief whip. These actions are not victimless, the hateful tweets had a negative affect on my health and caused me stress when I was eight and a half months pregnant..”

Cllr Gardiner, who is Cllr Eslamdoust’s husband, said: “I am stunned that my own Group’s whip is behind online abuse I have experienced. Whips are supposed to look after councillor’s welfare, but instead he has taken concerns I have raised with him about the effect on me from threats I have received, and used this to increase the negative impact on me from his own abusive behaviour – kicking me when he knew I was most vulnerable.”

Conservative group leader Councillor Oliver Cooper said this morning: “Finally. It took me just two minutes of reading the stream of abusive tweets to conclude it was Cllr Pietragnoli’s alt account. Yet the judgment of Camden’s Labour leadership is so poor that it took them two weeks of shielding him to realise his position was untenable.”

Cllr Gould said last week: ‘Lazzaro has been a hard working and dedicated councillor for Camden Town and Primrose Hill, but his actions on social media were unacceptable and he is right to take responsibility and step down as a councillor. We will continue to take action to ensure high standards for our elected councillors and candidates, and call for a respectful political discourse.”

With Camden’s boroughwide elections less than six months away, Cllr Pietragnoli’s seat in the council chamber is expected to stay vacant with no by-election being held.