Last-gasp goal does the Trig’ 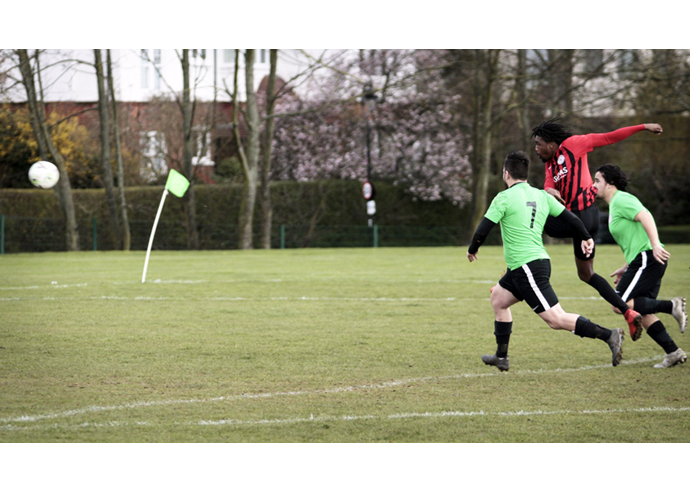 MATCH-WINNER Paul Reid “channeled his inner Dennis Bergkamp” to score a last-gasp stunner and send Highgate Albion Reserves into the final of the Middlesex Junior Cup.

Sunday’s game looked to be heading to penalties after Albion let a 2-0 lead slip against Grenfell Athletic at their St Aloysius Sports Ground home pitch in Highgate.

But, as the clock ticked into stoppage time, Reid latched on to Harry Scannell’s pass and flicked the ball over the defender before burying a rasping shot into the back of the net, sending Albion players on and off the pitch into jubilation.

“I managed to spin the defender and get the ball on to my left, where it sat up perfect for a half-volley from the edge of box, and boom, into the final we go!” said a delighted Reid after the final whistle. “It was a great through-ball from Harry.” 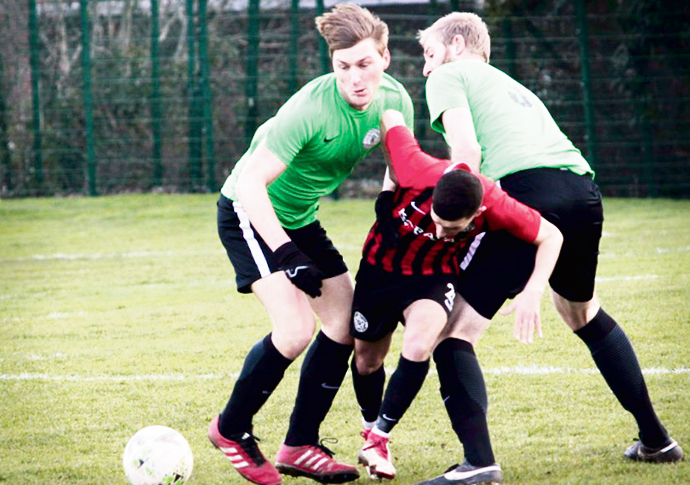 Albion manager John Eager said his side “played some of the best football they have played all season” on their way to opening up a 2-0 advantage.

Alfie Francis headed home an early opener when he got on the end of Joe O’Connor’s clever flick on to bag his 22nd goal of the season.

Francis then turned provider, showing clever footwork to find team-mate Anthoney Dalton, who found the bottom corner with “a sweet volley” to make it 2-0 midway through the first half.

Grenfell, however, continued to push forward, and pulled a goal back just before the break. Buoyed by the goal, the visitors were the better team in the second half and created several good chances before finding the equaliser on the hour mark courtesy of a well-worked free-kick. 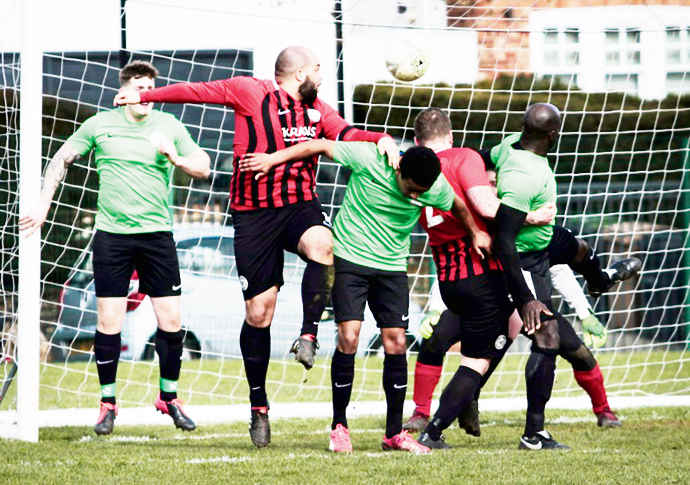 The Grenfell skipper was then given his marching orders with 15 minutes left to play after being shown a second yellow for a high challenge on Zeby Cole.

But the home side couldn’t make their extra man count.

That was until Reid, known as Trigger for “having one of the hardest shots in town”, scored a winner worthy of winning any game.

“To reach any cup final is special, but county cups always mean that much more because you take on some the very best teams in the country,” said Eager. “Trigger’s late winner was something I’ll never forget, such a special goal.

“We’ve now reached a county final for two years in a row after winning the Middlesex Trophy last season. Ten of the players that played in that final are still with us, so it shows how important it is to keep the core group together.”

Albion will play either Ruislip Rangers or Heathrow Club Reserves in the final, which will be held at Rectory Park in Northolt on Sunday, April 5.