Karate kids have the world at their feet! 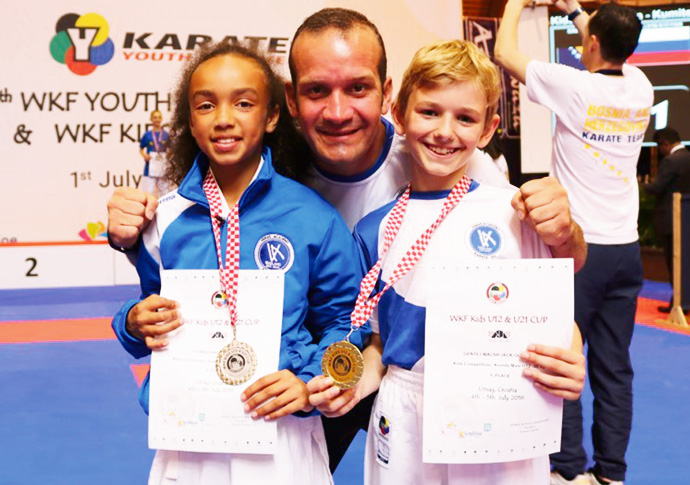 The duo, who train at the Veras Academy, were part of an eight-strong squad who travelled to Umag to take part in the prestigious competi­tion-

After a series of nail-biting fights, Jack was crowned champion in the Under-12s age group in his weight category, while Nevaeh scooped silver in her Under-12s event. “These kids have worked extremely hard for this and it is with great pride that I watched them take gold and silver,” said their sensei, Raphael Veras.

“They faced some incredible karatekas but this is what they have worked for, and their hard work has paid off.”