Karate kids are a hit in France 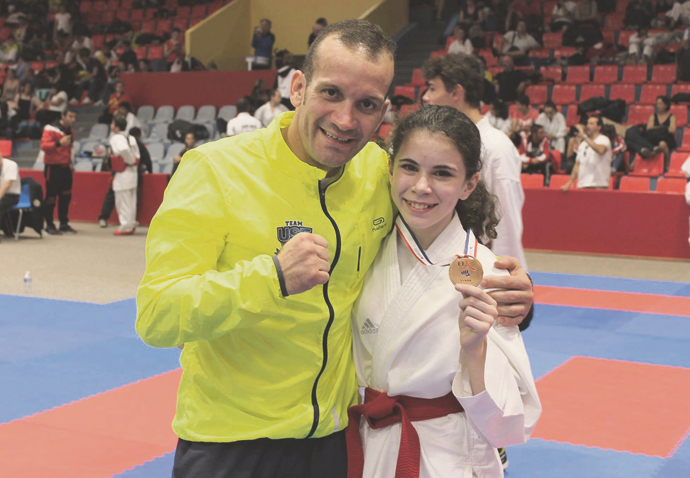 Tayla O’Brien shows off her medal with Raphael Veras

The trio, who train at the Veras Academy in Islington, were invited to compete with a French team from USF Karate Club, and they didn’t disappoint on foreign soil as they all hit the podium in the 12-to-13 years category.

Competing in the Under-50kg division, Luan struck gold with a display that showed just why he received a call up from the French Karate Federation inviting him to join the national karate squad.

His dad Raphael, who is the head instructor at Veras Academy said: “He will have to pass up this great opportunity as he is not a French national, but it is a great honour to be recognised by a country which is ranked within the top five in the world of karate.”

Demie and Tayla also showcased their skills as they battled their way to bronze medals in their respective Over-50kg and Under-40kg competitions.