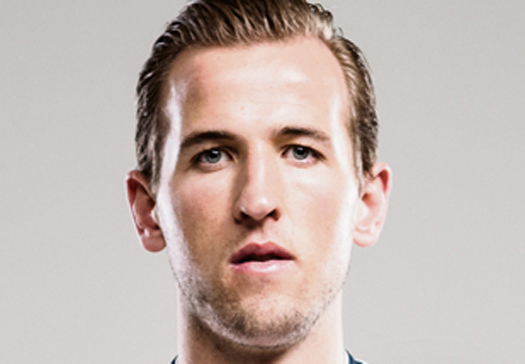 HARRY Kane – who else? – scored the 150th goal of his club career, and the only goal of the game to give Spurs all three points at Selhurst Park.

In what was a very poor match, the England striker bagged his 25th goal of the Premier League campaign with a last-minute header.

After the match, Mauricio Pochettino paid tribute to his star striker.

“He is a top player who creates chances,” said the Spurs boss. “And we deserved to win the match because we dominated the game.

“It was a good performance in a difficult match.”

Pochettino made three changes from the side that beat Arsenal in the last league game a fortnight ago.

Serge Aurier replaced Kieran Trippier, while Victor Wanyama came in for Jan Vertonghen, who took a knock to his ankle in training. Erik Lamela – in for Heung-Min Son – made his 100th Premier League appearance for the club.

It was a scrappy match played in bright Sunday sunshine but with the bite of winter cold.

Kane looked certain to score in the ninth minute – unmarked and from close range, the master marksman took aim, but his scooped shot was blocked by Palace keeper Wayne Hennesey.

On 30 minutes, Kane was clearly clipped by Timothy Fonsu-Mensah in the penalty area but, luckily for the home side, the Spurs striker was shown to be offside.

With Palace missing the livewire forward threat of Wilfried Zaha, it meant the Eagles had to feed off scraps, while Spurs enjoyed around 75 per cent possession throughout the match.

Despite the territorial glut, there was a decided famine in terms of goal chances with Kane’s effort the only one of a poor first half for Spurs.

The lack of quality continued at the start of the second period, as the normally lethal Christian Eriksen hoiked a chance over the bar when clear of the Palace defence.

Eriksen then flicked the ball on to Kane in the 57th minute, but somehow the Premier League’s leading scorer saw his feeble effort trickle wide from six yards out.

With Spurs opting to play through the middle, they continued to struggle against a resolute Palace defence.

Spurs struggled across all areas of the pitch. Serge Aurier was guilty of three foul throw-ins – the most ever in a Premier League game.

Pochettino laughed approvingly when asked about Aurier’s throw-in exploits:  “I promise we are going to practise throw-ins every day!”

However, on the hour mark, Aurier was at his best when he made a well-timed tackle to deny giant Norwegian forward, Alexander Sorloth.

On 64 minutes, in a bid to open the door to goal, Pochettino brought on Lucas Moura for his league debut. Son then came on with ten minutes to go.

Aurier was in the thick of it again with six minutes to go, but with the goal at his mercy, he clumsily stood on the ball.

With one minute of normal time left, from an Eriksen corner, Kane headed into the net for what proved to be the winning goal.