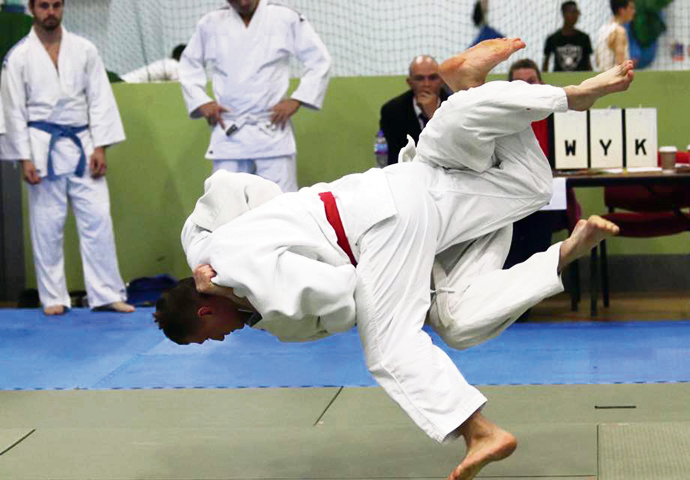 MEMBERS of the Sobell Judo Club dominated the podium at the All England Fred Turner Memorial Championships on Sunday, coming away with an incredible 10 medals.

The team of Islington judoka returned home from Hornchurch Sports Centre in Havering with four golds, three silvers and three bronze medals after putting in strong performances in all categories with fantastic standing and groundwork techniques to win via throws, pins, armlocks and strangles.

“Magic” Maceij Moczynski was first to take to the tatami, competing in the Kyu grade 73kg category. Far from being fazed by the aggression of his opponent, he opened up the day with an enormous ippon seoi nage/kata guruma throw combinations. He also used effective gripping strategies to set up another big ippon seoi nage in his second contest on his way to striking gold.

The success continued courtesy of Caterina Puntillo in the -57kg category. She started her contest by scoring a quick wazari with a drop seoi nage. She then scored a clean osoto gari in the final to take gold. 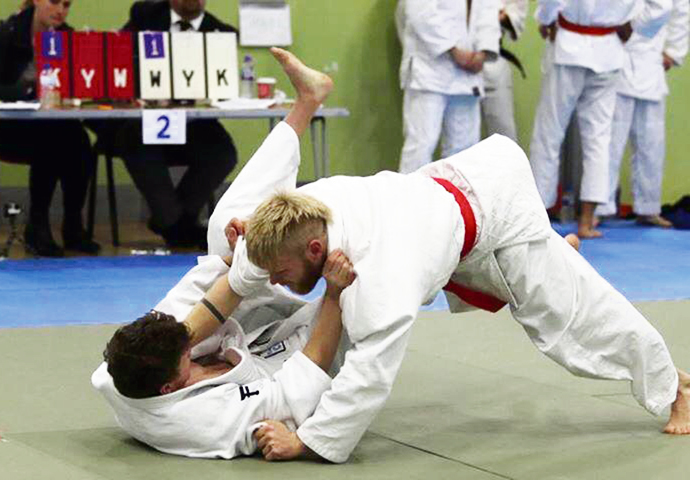 Jack Fairbairn, who won a bronze medal, pictured defeating his opponent with an ouchi gari

Lucien Buleandra and Ilyas Moldoshev both took part in the men’s Kyu -81/-90kg amalgamated categories. Lucien opened up the contest with a strong showing of ashi-waza, executing clean uchi matas to make his way into the final. Ilyas followed in similar fashion, despite only training in judo for a few months, and used both tachi-waza and shime-waza to create an all-Sobell final between the two club-mates.

This time around, experience proved to be the deciding factor as Lucien claimed the gold and Ilyas scooped silver.

Sobell also had two team members taking part in the men’s -66kg category in the shape of Alex Charalambous and Karl Summerbell. Alex was clearly hungry for ippons, producing some of the best throws of the day as he bulldozed through his opponents to top the podium and come away with a well-earned gold medal. 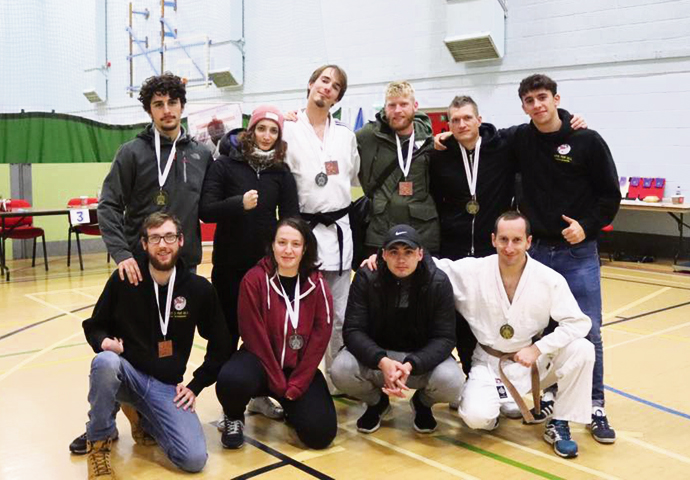 Karl, meanwhile, faced tough opening rounds and, despite putting up a good fight, had to walk away with a bronze medal.

At the end of an action-packed competition there was also a silver medal for Zeynep Sun in the -78kg category and a bronze for Jack Fairbairn in the -73kg.

Meanwhile, Mikey Barton won two medals, bagging a bronze in the -81kg category and a silver in the open-weight contest.

Club-mate Sam Sampson withdrew from the competition due to illness, and instead focused on coaching and supporting the team.

“A superb performance by all, everyone truly represented the club to a supremely high standard,” he said.

“There were many compliments regarding Sobell’s judoka.”

The team of judoka train at the Sobell Judo Club in Finsbury Park. Find out more at www.sobelljudoclub.com