EXCLUSIVE: Mother of 25-year-old who grew up in Kentish Town calls for better relations between police and young black men 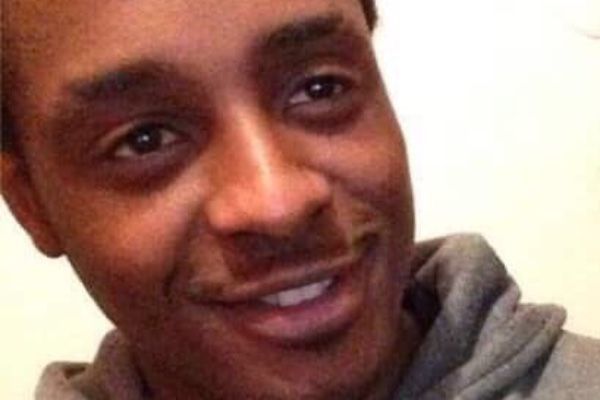 AN investigation has been launched into the death of a young black law student after falling ill in police custody.

Nuno Cardoso, 25, suffered what has been described by officers as a “medical episode” after his arrest. His family say he had no known health conditions other than a milk allergy. A moving vigil in his memory was held on Friday night on the estate in Kentish Town where he was brought up.

As his death in Oxford became a case for the Independent Police Complaints Commission, his mother, Doroteia dos Santos, told the New Journal that police needed to do more to improve relations with young black men and to provide better training for officers. Ms dos Santos – who works for British Transport Police – said police forces needed to question the number of people dying in custody. “It is happening more and more and more, and we are really starting to get tired of this,” she said. “We really need police to be trained properly to deal with young boys. We don’t want to lose any more.”

She added: “The boys feel they are being attacked – and I feel the same. They stop and search all the boys. Not just because they have dreadlocks or long hair, but every black and mixed race boy in this country – they have the same problem. The police need to involve themselves more in communities. They need to give more space for the parents. They are not talking to us. They need to be holding meetings, public meetings, on the estates. From September until now there have been three deaths in custody. This shows something is wrong. Maybe they are not being trained.” 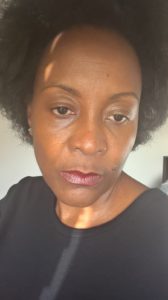 Mr Cardoso was arrested in the early hours of November 24 on suspicion of assault but fell ill while in a police car. He was treated by the side of the road before being taken to hospital, where he died. The family are now waiting to hear more about the circumstances. “We are part of this community. We have lived here for so long, we feel British,” said Mrs Cardoso. “I want to help this country. I don’t want the police to exclude us.”

On the wider debate about community relations, Nuno’s uncle Gaspar said: “The young black community feel marginalised. They do not feel anything can help them, and so they drift. If you go to Harlesden, for example, there are some black people that have never been to central London. If they do go, all the security people will be focused on them. Young people are afraid to leave their communities. And so they want to manifest themselves. They want to protest.”

An Independent Police Complaints Commission spokesman said it had begun an investigation into the death. Thames Valley Police said: “Officers were escorting a man who had been arrested on suspicion of assault to custody in Abingdon when he suffered a medical episode en route. Officers stopped the vehicle he was travelling in at the entrance to the Redbridge park-and-ride on the outskirts of the city, where he was given treatment. He was subsequently taken to hospital, where, sadly, he died.”

‘He saw black boys not being given a chance’

THE Cardoso family home was filled with debate on Tuesday night as grieving relatives discussed the best ways to tackle racism and improve the lives of marginalised young black men in Camden.

Nuno’s relatives said the scene was typical of his upbringing on the Peckwater estate in Kentish Town, where he and his two older sisters had been encouraged to thrash out ethics and issues over a home-cooked meal. With a knack for winning an argument coupled with his own deep-rooted interest in racial injustice, Nuno had been driven to study law at university. He was just a few weeks into his first year at Ruskin College in Oxford when he was arrested at his halls of residence shortly before his death.

His mother, Doroteia dos Santos, told the New Journal: “His sisters, they went straight to university as soon as they finished sixth form but he did not go when he left school. He wanted to do other things. For a while he wanted to try and be a chef. He loved to cook. “We always showed him the benefits of university but we wanted him to go when he thought it was the right time for him. When he left his words to me were: ‘Mum, I’m going to make you very proud – I am going to be the best lawyer in the country.’ He also witnessed a lot of injustice: black boys not being given a fair chance. He was really involved when there was the Black Lives Matter [movement] in America. He was voicing a lot about the way police were treating black people in America, here and around the world.”

Born in Angola, Nuno came to Camden at an early age and grew up on the Peckwater estate. He attended Kentish Town Primary and then Haverstock School. He had a serious milk allergy that affected his breathing as a child. His former teachers have been to visit the family this week. 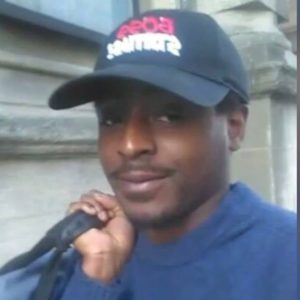 Ms dos Santos said: “He was a really polite person and a very loving son. Sometimes, when he would miss me he wouldn’t say it, but he would just come and lie down with his head on my lap. We are from Angola but his favourite country was Ethiopia, because he believed the whole human race originated from there. One time a cousin brought some spices from there for him and he was so excited. He said: ‘Mum, mum, I’m going to cook a proper curry now.’” She added: “He was a kind person – if you killed a spider in front of him that was a big thing. He loved animals but he never had a pet because we lived in a flat. “He loved dogs. When people said dogs attacked people he would say it was because people had provoked them.”

During the London riots in 2011, the family said police officers wrongly kicked down their mother’s front door looking for Nuno. They came with a photo of him allegedly at the riots, but the family knew it could not be him because he was in prison at the time. Ms dos Santos said: “They knocked down our door. That day I went down to Kentish Town [police] station and I made them go and fix the door. I said: ‘You are coming now’, and they gave us a new door. I told them I work for the police so they had to go and do it.” She added: “I think they [the police] wanted him to fail – he was living in a single-parent home, a flat on a council estate. But unfortunately [for them], he was not [failing].” 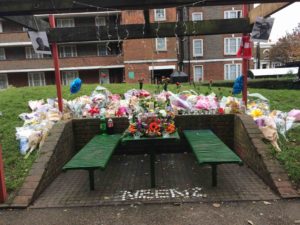 A shrine on the Peckwater Estate

His uncle Gaspar said: “He felt he was marked out by the police. He would say they were always on top of him. One night before the riots, he was with a lot of guys on the estate, and someone called the police. When they came the young people scattered, but Nuno was thrown into a police van. He said he was told: ‘If this happened to you, maybe you deserved it.’ He exploded when he heard that and he fought them, and went to prison for that for a few months.”

His older sister, Magda, said she had questioned the Black Lives Matter movement, which her brother had become interested in, and whether it was itself promoting divisions between races. She said: “It’s just one race, the human race. I think it’s a case of making people understand that is all that matters.”