In judo, the throw must go on! 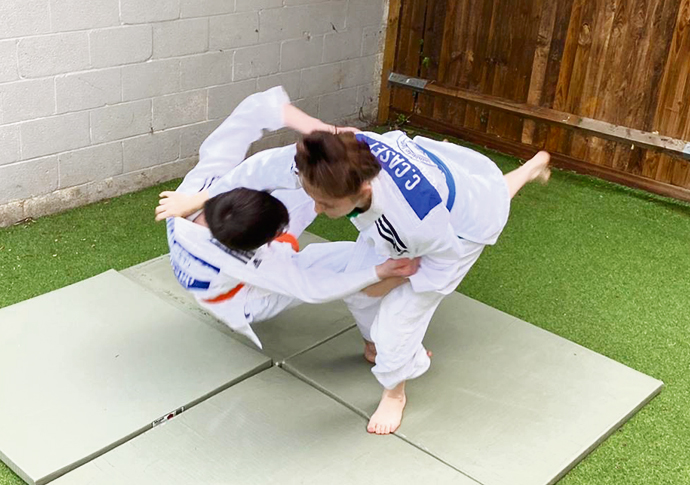 KYLE Casey was on the end of another powerful lockdown this week.

The teenager was thrown to the ground by older sister Courtney as the talented siblings demonstrated throws and grappling techniques in their back garden.

During the coronavirus outbreak the pair have been unable to train at their local judo “dojo” – the Shinbudo London Grappling Club, which is based at the Alexandra and Ainsworth Tenants Hall, off Rowley Way in South Hampstead.

So instead they’ve taken advantage of the warm weather and placed some mats in their Abbey Road garden so they can practise their favourite moves, including the juji gatame, a ruthless arm bar, and the uchi mata, an inner-thigh throw.

The skilled judokas – someone who practises in judo – took up the martial art three years ago when their parents wanted them to join an after-school club. And since then the determined duo have gone on to land unprecedented successes.

In the past 18 months alone, Courtney has won 21 gold medals, six silvers and a bronze from various competitions. 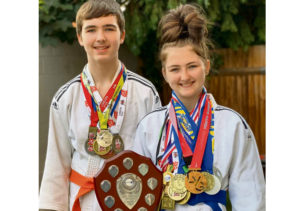 The talented siblings have collected a huge medal haul

The 16-year-old, who dreams of one day representing Great Britain at the Olympics, said: “Among my biggest achievements has been getting into the Regional England Development squad, winning gold at the British Judo Schools Championships, and winning gold at the London Youth Games.”

Hitting top spot on the podium at the Youth Games for Camden resulted in Courtney also being presented with the “best individual girl” award when officials from the borough held a glitzy ceremony last summer.

His judo journey has already seen him win no fewer than four golds, seven silvers and 10 bronze medals, the highlight of which was picking up a silver medal for Camden at the Youth Games in 2018. He said: “I would love to win the British Schools in the future.

“I find training with my sister helps me to become a better judoka. Courtney will help me correct a move if I’m making a mistake, and we’re always talking about how to improving our Judo throws and how to become better at competing.”

Courtney added: “My brother has improved over the last year and is getting better every week. I find working with him has also helped me not to be so predictable with my Judo throws.

“There will always be a friendly rivalry between us and it won’t be long before Kyle will be winning medals at high-level competitions.”