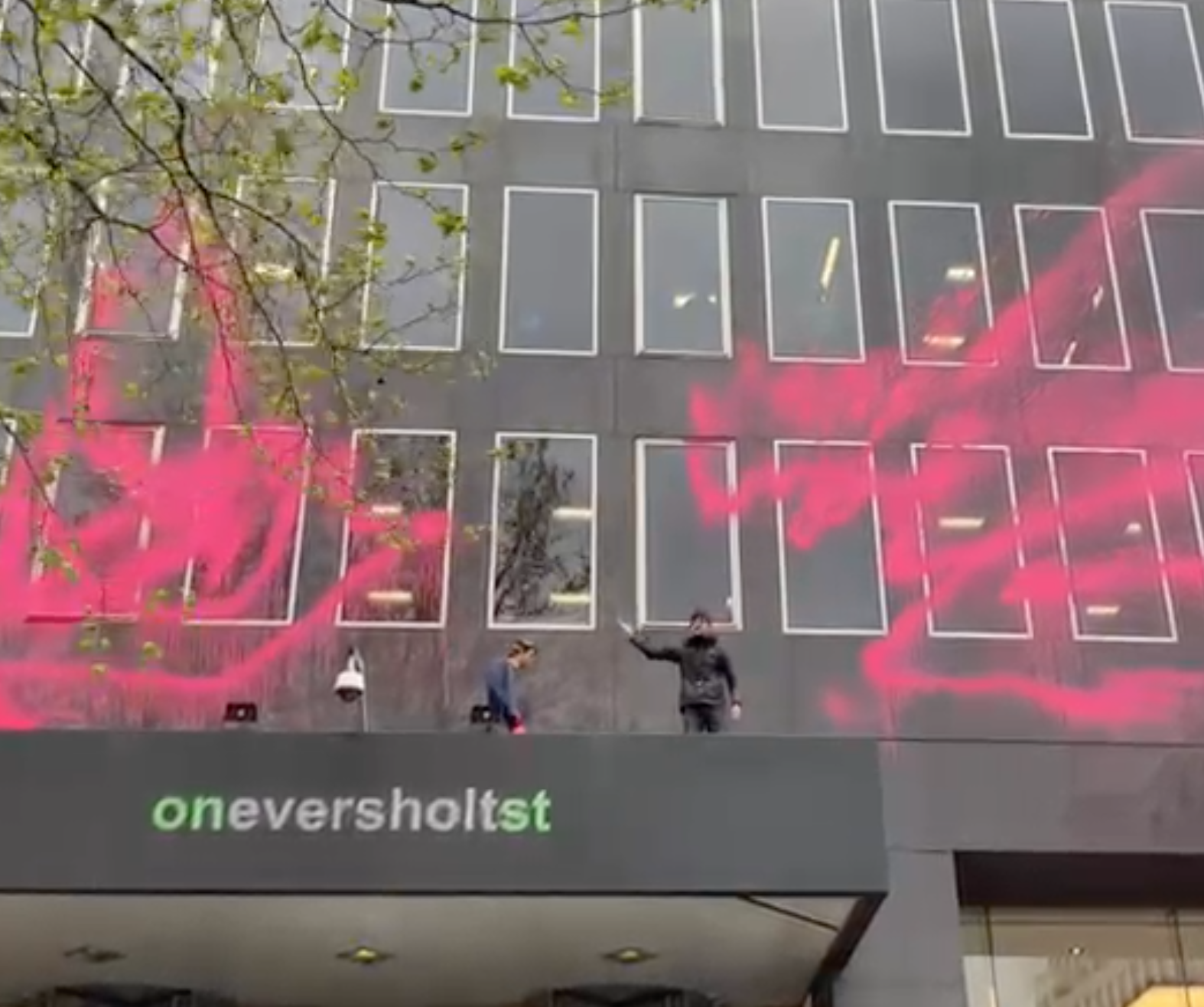 ANTI-HS2 campaigners have sprayed the railway company’s London base with neon pink paint.

The dramatic stunt was carried out this morning (Thursday) in Euston by Dr Larch Maxey and Xavier Gonzalez Trimmer, members of HS2 Rebellion – a splinter group of Extinction Rebellion.

In footage captured of the protest, Dr Maxey and Mr Trimmer can be seen on top of the entranceway to the Eversholt Street building.

Both men then use what appears to be fire extinguishers to plaster the offices with colour.

The protest is said to have been about highlighting “the need for urgent action to stop over 1000 daily deaths due to climate breakdown”. A problem they claim the building of the high-speed railway is “accelerating through the 14 million tons of CO2 HS2 will emit”.

But Dr Maxey, 48, who recently spent 27 days in a hand-built tunnel under Euston Square Gardens also accused the media of ignoring the election campaign of mayoral candidate Valerie Brown from the Burning Pink Party.

Ms Brown claims she would use the position – if elected – to “divest power from out of touch politicians and hand decision making power to the people”.

Mr Trimmer, 20, said: “HS2 is the most destructive scheme in UK history and has been done in the most undemocratic way. We were not asked. People have never voted for HS2, in fact, every poll shows how deeply unpopular this £230billion scheme is.”

He added: “All we’re asking for is an assembly of ordinary people to have all the facts and decide how we invest our money.”

The Met Police and London Fire Brigade are still at the scene and a police cordon has been erected around the building.

The activists are refusing to come down until at least one of three demands are met. 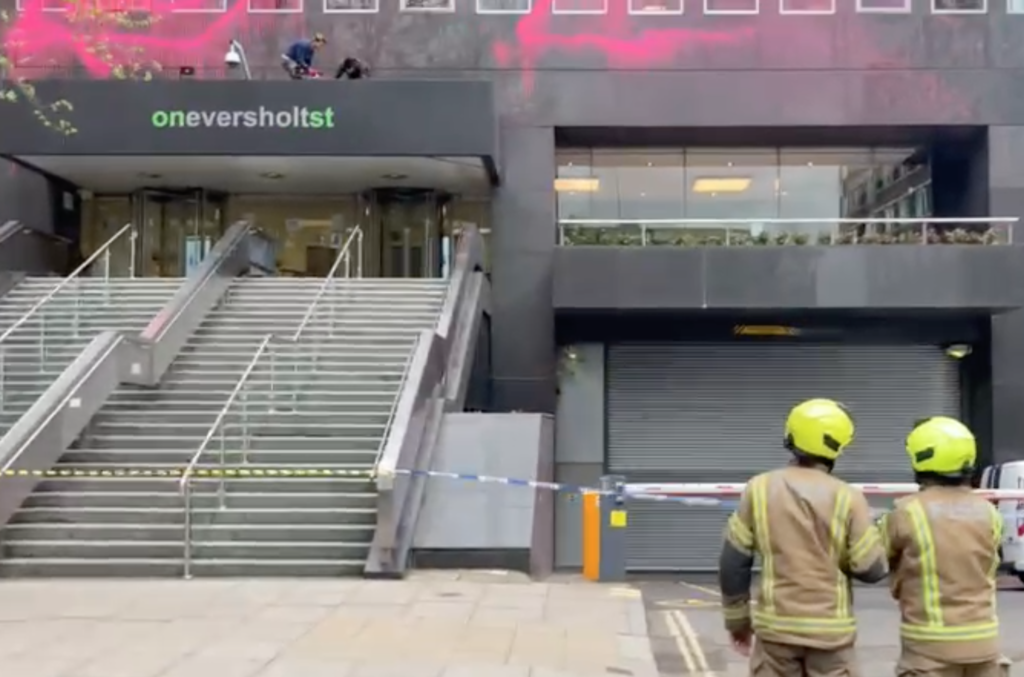 Firefighters look on as protesters unfurl a banner

The demands include Sadiq Khan and Shaun Bailey committing to creating a citizens’ assembly on London infrastructure if and when either is elected into office, the UK government commit to creating the citizens’ assembly, or the media coverage of Ms Brown’s campaign equals that of Mr Khan’s and Mr Bailey’s.

An HS2 spokesperson said: “We utterly condemn this senseless criminal damage. HS2 has been repeatedly and excessively targeted by this sort of criminal activity during the pandemic, threatening the safety of the public and our workers, and placing unnecessary strain on the emergency services.

They also said the cost of the damage done to the building, which they claim includes smashed windows, will be footed by the taxpayer.

The tunnel protest cost taxpayers over £2.5m, according to HS2.

A British Transport Police spokesperson said: “Officers received a report of two protestors on the roof of One Eversholt Street, close to Euston station, shortly after 11am this morning. Specialist officers remain on scene and are working to bring the incident to a safe conclusion. The station remains open.”