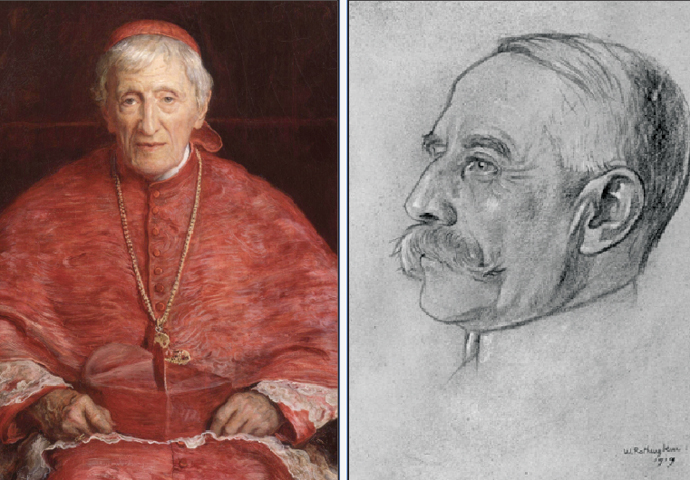 POEMS are more often written about saints than written by them. But now that John Henry Newman has been canonised – to the unbridled joy of British Catholics when the ceremony took place in Rome the other week – his long poem The Dream of Gerontius has acquired a saintly status.

And so has Elgar’s famous oratorio-like setting of it, which gets a timely performance this Saturday in the opening concert for the 2019 Hampstead Arts Festival.

It happens in Hampstead Parish Church, which is a very Anglican context for a very Catholic piece about a soul being taken into purgatory and heaven by assorted angels, demons and the like. But the days are long gone when deans of Anglican cathedrals refused to allow performances of the piece in their precincts without doctrinal nips and tucks. And the only issue likely to arise here is one of atmosphere. Gerontius is music that needs to feel as though it’s playing in a cloud of incense, grandly passionate and perfumed. Qualities that HPC won’t easily deliver.

“It might have been better in the old days,” says the church’s music director Peter Foggitt, “when, as 19th-century photographs show, the church’s vaults once shone with glittering mosaics. And that’s also what we really need for Monteverdi’s Vespers which we do the following week for another concert in the Festival.
“But we’re going to make use of the galleries, scattering the singers around to recreate the spatial effects the Vespers would have had when they were first performed in St Mark’s, Venice. And voices always sound good in those galleries, projecting better than they do from the choir stalls on a Sunday morning.”
The voices in question will be the professional singers of Hampstead Parish Choir which plays a significant role in this year’s Festival, because it also features as the musical accompaniment to a showing of the celebrated 1920s silent film The Passion of Joan of Arc.

The film will show on a big screen while the choir sing music that Joan of Arc might have known – by Machaut, Perotin and other figures from the medieval Notre-Dame School – organised by Foggitt to run through the film’s 90-minute duration like a Mass setting in real time.

It promises to be spectacular. And even without incense, I predict the Elgar and the Monteverdi will be too – done as they are with orchestra, additional singers from the choirs of  Emmanuel and Fitzwilliam colleges, Cambridge, and forceful soloists like tenor Aidan Coburn and contralto Jess Dandy.