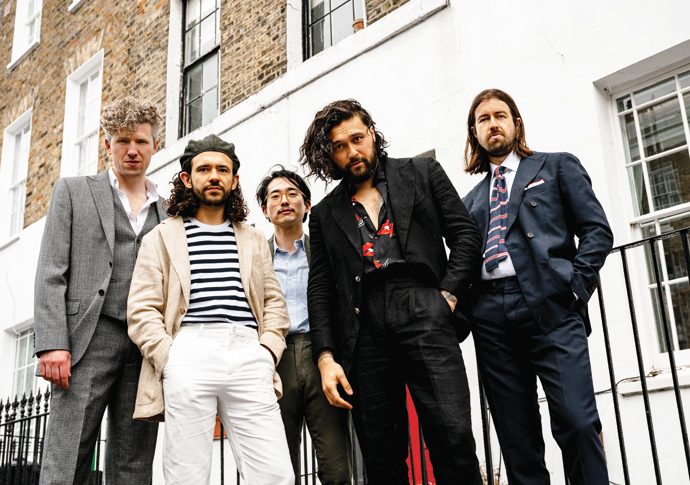 BRAVO to those Standon Calling fans who managed to keep the singalong going well after the rains had turned the grounds to mudslides, the power failed and the bands were called off. Many who braved out the night or were unable to leave made the most of the act-free Sunday night with vast singalongs and tent discos, while others abandoned their belongings to another day and to make escape. After the difficulties the music industry has faced this past year, what a shame for musicians, fans and the entire festival staff that it had to end early due to torrential rain and floods. Still, at least Camden’s Dig It Soundsystem brought the beats before the festival met its early end. A quick reminder to check entry requirements before attending gigs, Covid safety requirements vary from venue to venue.

• Barely had Ben Lovett’s King’s Cross venue Lafayette launched, when Covid caused it to close indefinitely. After a few stop-starts, the venue and Goods Way food court, are open and gigs are happening again. Check online for the eclectic and enticing listings including Gang of Youths (Aug 12).

• The Pretenders’ Chrissie Hynde plays songs from her recent album Standing In The Doorway: Chrissie Hynde Sings Bob Dylan, which was recorded in lockdown, produced almost entirely by text message with bandmate James Walbourne. Chrissie appears at the Royal Opera House on July 29-31. Support from London duo The Rails.

• Indie-rock trio JW Paris, which counts Babyshambles’ Gemma Clarke in its line-up, appear at The Fiddler’s Elbow on July 30 following the release of new track Sober.

• Or if you prefer a bit of rocking acoustic bluegrassy folk – yes, all of that – check out The Mountain Firework Company at The Green Note on July 30. Also at The Green Note, find Ninotchka (July 31) – expect wild Gypsy dances and lightning-fast Irish jigs buzzing with lively punk energy.

• BBC Introducing – known for spotting the ones to watch – returns with Live at The Lexington on August 5 featuring Malady, Wet Leg and Police Car Collective.